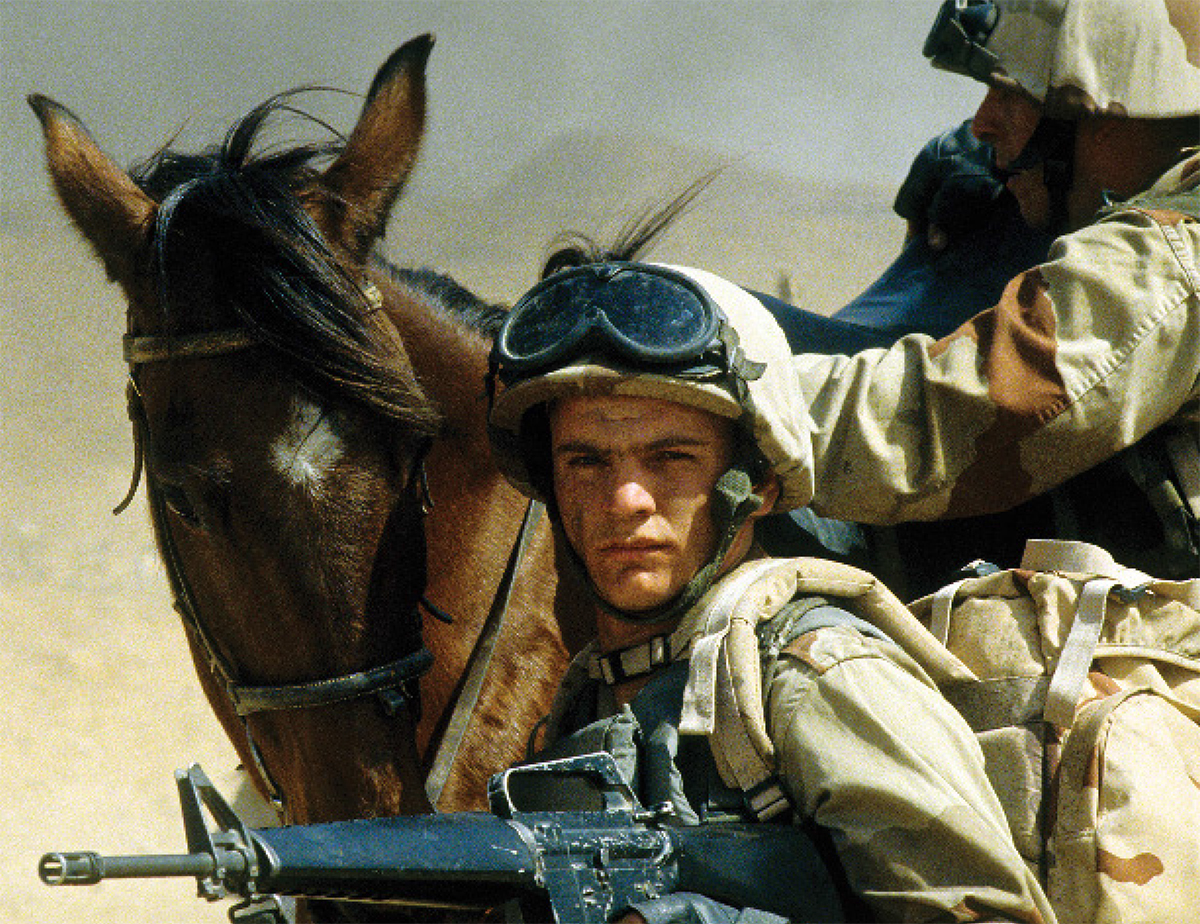 “Democratic government is the original user-generated content”—a simple, pithy message spoken directly into the camera with clarity and conviction. James Kotecki knows what makes good YouTube; indeed, he has a claim to being the site’s single most astute user when it comes to political communication through online moving-image content. His assessment of the potential of new media to reconfigure the relationship between politicians and voters is insightful and articulate: “it moves from a one-way conversation broadcast from the top down to a multidirectional face-to-face conversation where everyone can participate and anyone can observe.” The arguably naive optimism of this statement is balanced elsewhere by a canny awareness of both how public figures can exploit the particular qualities of YouTube, and the new accountability to which the universal presence of video cameras now subjects them.

Given his ostensible shrewdness, competence, and ease with publicity (he has been featured on CNN, Al Jazeera and network news, and in the Washington Post, the Los Angeles Times and The Economist), what’s most surprising about James Kotecki is not his age — he was born in October 1985 and graduated this summer from Georgetown—but the almost complete absence of any discernible political stance from the hundred-odd videos posted on his YouTube channel, EmergencyCheese, since the beginning of 2007. While he might be the web’s biggest cheerleader for online video as a fillip to democratic engagement (“for me it’s getting people to care about political issues in the first place”), Kotecki’s own interest is avowedly analytical, centered on assessment of prospective presidential candidates’ use of online video, his approval or disapproval determined by how accomplished he judges that usage to be. His approach, in other words, is journalistic rather than political per se. (In fact, YouTube’s potential for cybergoguery is surprisingly little exploited, with personal manifestos generally restricted to conspiracy theories centered on 9/11 or the New World Order, or confrontational acts such as the purported promotion of free speech in Thailand through the provocative depiction of King Bhumibol as an ape.)

Kotecki can claim considerable success in incubating increased online engagement from politicians. He has solicited personalized video responses from candidates Dennis Kucinich, Mitt Romney, John Edwards, John McCain, and Tom Tancredo; fringe candidate Ron Paul even agreed to an interview in Kotecki’s dorm room. Indeed, Paul’s online constituency appears to be the most conspicuously active: despite finishing at or near the bottom of recent Republican voter polls, his YouTube channel, RonPaul2008dotcom, shows more than 20,000 subscribers—an order of magnitude above his nearest Republican rival (Mitt Romney, on 2409 as of 10 July 2007). It remains to be seen whether these numbers will be reflected at the primaries, but Paul — who also has a strong presence on Facebook and MySpace — is one of several fringe candidates embracing online video, with varying degrees of success. On the right, Tom Tancredo can be seen chatting casually about illegal immigration while driving his car. He has also posted a video appealing for YouTube users’ own accounts of the impact of the same topic, saying “I know there’s a human face here that we can put on this story and I’d like you to provide it for us.” (He had received two responses at the time of writing, from users who habitually post to a variety of political sites.) Fred Thompson, meanwhile, put up his own response to a similar video in which Michael Moore, promoting his new film Sicko, asks users to give details of their experiences of the U.S. healthcare system — though Thompson’s mannered approach, swiveling round in his chair to face the camera, cigar clamped in mouth, has the unsavory air of a Bond villain rather than a statesman.

The front-runners’ experience of online video has tended to be inadvertent, embarrassing, or both: Rudolph Giuliani is reportedly unamused by the popularity of a clip of him in drag; John Edwards is shown fixing his hair accompanied by “I Feel Pretty”; Barack Obama is flatteringly trivialized in “‘I Got a Crush…On Obama’ By Obama Girl”; Hillary Clinton was targeted in the “Vote Different” video that cast her as Big Brother, and caught offtune in “Hillary Clinton Sings National Anthem.” There are signs of more savvy, proactive video use too: Edwards is using footage of his wife Elizabeth chastising conservative commentator Ann Coulter on the fundraising section of his website, while Clinton has posted dozens of videos and launched HillCam, a series of shorts from the campaign trail, including footage of Bill and Hillary at a Dairy Queen in Grinnell, Iowa. The pastiche of the final scene of The Sopranos featuring the couple that launched Hillary’s campaign song, though wooden and not very funny, at least showed an awareness of YouTube sensibility.

Still, no candidate has yet demonstrated the innovative aptitude for Internet communication that Roosevelt showed for radio or Kennedy for television. Perhaps they remain too attuned to the one-to-many format of broadcast communication to develop the online potential for individualized dialogue—a digital version of the “old-fashioned one-on-one politics” for which Bill Clinton declares his affection in one of the HillCam videos. YouTube has tried to foster such connections by means of its CitizenTube channel, whose initiatives have included the somewhat cumbersome You Choose ‘08 Spotlight program, which invites candidates to invite users to submit responses to a question to which they will then respond, and a collaboration with CNN to select questions for a candidate debate from videos submitted by users. Questioners lining up for the Democratic Presidential Debate scheduled for 23 July in Charleston, South Carolina, include a Groucho Marx ventriloquist dummy asking about the lot of first-time buyers in the LA real estate market; an Illinois adolescent asking whether Hillary’s wearing pink contradicts her earlier rejection of conservative female stereotypes; an Oregonian working in a Darfur refugee camp; and a twenty-year-old gay Indianan asking how the candidates would ensure his rights to full citizenship. The range of concerns raised demonstrates a broad political engagement among YouTube users, but the fact that “the CNN team will choose the most creative and compelling videos” to present to the candidates hardly makes it an advertisement for unmediated dialogue between candidates and voters.

In the U.K., meanwhile, Conservative leader David Cameron has attracted attention with a YouTube channel, Webcameron, which demonstrates the informality that makes for successful online video. Cameron’s comfort with the camera is fully exploited. However, he might be unsettled by the fact that, of more than eighty videos uploaded to the channel, the most popular by a country mile features Shadow Minister for Higher Education, Boris Johnson—another politician whose knowing ease with public discourse is beyond question. (At one point he mentions “the kind of ludicrous health and safety bureaucracy that we are going to alleviate. How about that?” he adds, looking off-camera. “I was going to say ‘exterminate’ but I was told that’s too vicious.”) Cameron’s erstwhile opponent, Tony Blair—the godfather of British media-savvy politics but famously tardy in embracing digital media—had only a sporadic flirtation with online video. On the official DowningSt YouTube channel he can be seen offering his post-election congratulations to Nicolas Sarkozy in French and enjoying an audience with the Queen in a video apparently aimed at those with minimal knowledge of the British constitution (Blair appears somewhat schoolboyish, HM scratches away at her leg). The channel also contains a considerable amount of interesting archive material, from BFI footage of Lloyd George at Chequers to a Blue Peter interview with Margaret Thatcher about Kampuchea. At the time of writing, the only videos featuring Prime Minister Gordon Brown showed him from afar in his first Cabinet and on visits to a school, hospital, and children’s center. Those hoping that the channel might offer the means for a dialogue between the country’s new leader and his electorate—a multidirectional face-to-face conversation—will be even more dismayed by the notice that accompanies each DowningSt posting: “Adding comments has been disabled for this video.”

Clips are cited in the order in which they are referenced. Clips may be accessed on YouTube, http://www.youtube.com, by entering the title in the search window. This column was filed on 10 July 2007, when availability of clips was verified.

“How Has Illegal Immigration Impacted You?”

“SICKO Movie—Michael Moore Wants to Hear From You”

“‘I Got a Crush…On Obama’ By Obama Girl”

“The Queen and the Prime Minister”

BEN WALTERS was until recently Deputy Film Editor of London Time Out.