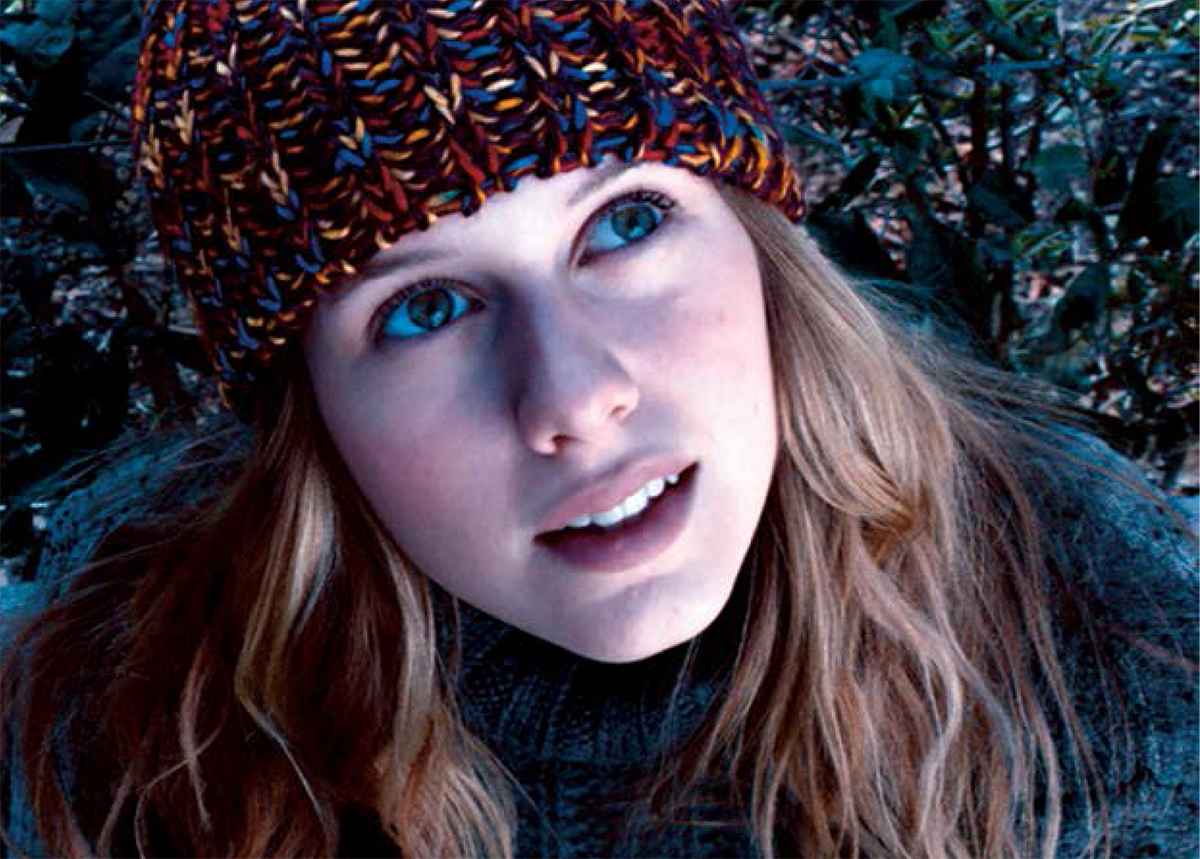 National identity is predicated, in part, on the intentional forgetting or remembering of historical events, and cinema plays a role in these processes. In The Afterlife of America’s War in Vietnam, Gordon Arnold traces the many incarnations of the war in American popular culture, deftly demonstrating that retellings of the conflict are often intertwined with political rhetoric. By the end of the 1970s, films like The Deerhunter (1978) and Apocalypse Now (1979) chronicled the psychological damage to Americans, with Vietnamese providing only “atmosphere” in the background. Ronald Reagan’s rehabilitation of the war as a noble and just cause paralleled changing media representations of the Vietnam veteran in the 80s, including Tom Selleck’s portrayal of dashing private investigator Thomas Magnum, and the muscle-bound figure of John Rambo, whose triumphant, cinematic return to Vietnam in Rambo: First Blood Part II (1985) proved cathartic to audiences who reveled in the film’s revisionist history. In his chapter on the echoes of Vietnam in a post-September 11 world, Arnold shows how recent political and historical events shape audience reception of contemporary films about Vietnam. For example, Randall Wallace’s dramatization of the Battle of Ia Drang in We Were Soldiers (2002), released only months after the beginning of the Afghanistan War, reminded viewers that American interventions in foreign lands come at a high price, often yielding unintended and unexpected consequences.

War and history have traditionally been thoroughly masculine affairs. Through a gendering of Freud’s ideas in History Films, Women, and Freud’s Uncanny, Susan E. Lin-ville sets out to recover the feminine in contemporary films about America’s past. She argues that the uncanny creates “anxieties about identity boundaries, including the division between past and present, living and dead, and self and (m)other” (16); Linville’s feminist analysis of history films performs a similar function, threatening to disrupt our perception of the mythologies that inform our national identity. Women have traditionally been exalted as symbols of home and the nation and the recent spate of World War II films reinforces this positioning of women. For example, Steven Spielberg’s Saving Private Ryan (1998) invents, according to Linville, a nostalgic, multilayered longing for “womb, mother, home, rural heartland, and America—the beautiful (mother) marshaled as an aesthetic counterweight to, and simultaneous justification for, the grim battle abroad” (44). This reductive mythologization of women as mere nurturing maternal bosoms contrasts with the monstrous femininity in Oliver Stone’s Nixon (1995), where the president’s puritanical mother is represented as the cause of his tortured paranoia and by implication the failures of the nation during her son’s administration. Linville argues that John Sayles’s Lone Star (1996) and Limbo (1999) provide less pejorative constructions of women, especially in the use of a “daughter-storyteller to represent and call into question the multiple borders that shape national and state identities” (118).

Screening Politics: The Politician in American Movies is of topical interest. In it, Harry Keyishian discusses how films help to shape our understanding of the American political process. He shows how the populist films of the Depression era, with their endorsement of the progressive ideals of Roosevelt’s New Deal, gave way to a generally more ambiguous view of politics and politicians after World War II. Many recent films take a cynical look at the corrupting influences on American politics: big money and ideological extremism in Tim Robbins’s Bob Roberts (1992), or the compromising of personal values in the world of political fundraising and special interests in Herbert Ross’s True Colors (1991) and Warren Beatty’s Bulworth (1998). However, Keyishian points out that despite the cynicism of the post-Watergate era, or perhaps precisely because of it, the redeemer hero of the 1930s has returned; fictional presidents in Ivan Reitman’s Dave (1993) and Rob Reiner’s The American President (1995) save a flawed, but fundamentally just, political system through their combination of personal integrity and pragmatism.

Just as American scholars have interrogated American identity, history, and memory through film, Anne Jäckel in European Film Industries addresses Europe’s struggles to protect cultural identity. It’s an age-old problem: how can Europe compete with a Hollywood machine that has monopolized production, distribution, and exhibition since the end of World War I? Jäckel offers an interesting overview of the current state of European film, supplementing her study with numerous tables, statistics, and illustrative case studies. She documents the national, supranational, and global strategies designed to increase European films’ visibility and profit-earning potential. Critics of national film subsidies and quotas claim the system encourages a continuation of the European art-cinema tradition, which has no commercial appeal to a European audience weaned on American blockbusters and action films. Recent funding and marketing strategies on the part of the European Union, however, have also garnered criticism for overemphasizing profit. Jäckel shows how mergers and collaborations with major U.S. players have enabled many European filmmakers to penetrate markets otherwise off limits. For example, in 1998, Miramax signed an exclusive agreement with the German collective X Filme for distribution rights to the group’s body of work. Miramax in turn funnels projects to X Filme members to direct (Tom Tykwer’s 2002 film Heaven was a product of this arrangement). While recent trends in co-financing, distribution, and marketing have made European films more competitive on the global market, Jäckel argues that this competition has hurt smaller distributors and exhibitors. In one case study, she describes the impact of the mega-plex UGC Ciné-Cité in the center of Paris; within two years of its opening, the small, independent cinemas of the Latin Quarter had lost a quarter of their audience.

In compiling the Historical Dictionary of French Cinema, Dayna Oscherwitz and Maryellen Higgins were faced with the daunting task of creating a canon of French cinema. Despite the usual criticisms of such historical diction-aries—for example, how do you sum up the twists and turns and revolutionary impact of Jean-Luc Godard’s prolific career in three pages?—this book provides a nice refresher course for French film buffs or a basic introduction for newcomers to France’s long cinematic history. The authors have amassed an impressive body of information about the directors, movies, actors, and movements that defined French cinema, while documenting recent trends that have blurred the boundaries of such traditional notions of national cinema. From the dozens of cross-listed entries, the reader gets a sense of how national identity has always played a central role in French film, from the staged documentaries of the Lumière brothers to the more recent heritage films, with their equally imagined construction of historic events and nostalgic longing for a mythical French past. The authors also highlight the works of female directors like Alice Guy, head of Gaumont film production from 1897 to 1906, and Agnès Varda, Diane Kurys, and Claire Denis, all of whom explored and to varying degrees critiqued the representation of women in film. Discussions of iconic actresses such as Sarah Bernhardt, Arletty, Brigitte Bardot, Catherine Deneuve, and Isabelle Huppert point to a greater diversity of women’s roles in French cinema than their counterparts in Hollywood.

A very different perspective on film and identity informs East European Cinemas, edited by Anikó Imre, which reevaluates Eastern European cinema in light of the sweeping political, economic, and social changes of the past two decades. This collection of essays retains the all-encompassing label of “Eastern European” film, a monolithic term that erases cultural differences, while acknowledging both the usefulness of the category and its unstable boundaries. In the introduction, Imre argues that global capitalism has rapidly transformed not only the cultures of Eastern Europe but also the traditional ways of looking at East European cinema. Before 1989, most scholarship on East European cinema was framed by the ideological demands of the Cold War, privileging, as Imre points out, the directors who heroically stood in defiance of their barbaric communist oppressors. The authors move beyond the reductive criticism of older historians and critics, rereading the cinema of the Soviet era as well as engaging the emerging body of work in the new field of post-socialist cinema. The essay topics include a wide array of critical perspectives: transnational border crossings in the films of Polish filmmaker Agnieszka Holland and Hungarian director Ibolya Fekete, psychoanalytic readings of the work of Czech New Wave directors Vera Chytilová and Ester Krumbachová, and the fragmented, disorienting, postmodern worlds in the movies of the new generation of East European filmmakers, including Bohdan Slama and Petr Zelenka, whose work raises questions of forgetting and remembering in an age of historical amnesia.

The Afterlife of America’s War in Vietnam: Changing Visions in Politics and Screen by Gordon Arnold.