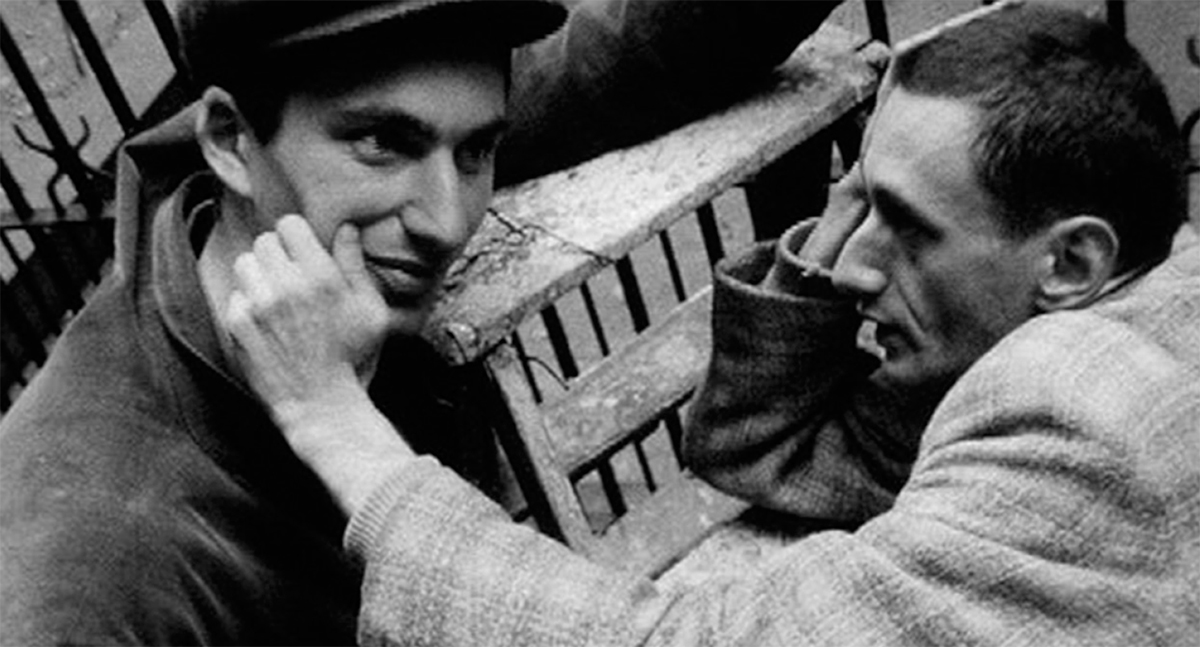 Many viewers and reviewers rehearsed a familiar anxiety about Todd Haynes’s fantasia on Bob Dylan, I’m Not There. How much do you have to know, going in, to be an ideal viewer of this film? Do you have be a lifelong fan, a Dylan-ologist, a child of the 1960s? A student of semiotics, as the director once was? The commercial movie industry is, as a rule, phobically scared of any film that demands prior knowledge—of culture, politics, history, world events, in fact just about anything. The niche market of those in-the-know about any topic that is deemed “specialist” is far too small to be of significance to large-scale capitalist enterprise. This market prefers to think of each audience member as a tabula rasa, empty of a past and of particular sophistications. Epic historical works by Oliver Stone or Ridley Scott strenuously reassure us: the film you are about to see will tell you everything you need to know about Queen Elizabeth, the Vietnam War, or the CIA—no need to swat up beforehand. And, over time, this industry attitude has been ruthlessly internalized by many viewers, who are wary or downright dismissive of any film that expects them to bring some prior education to the cinema-going experience: nobody who proudly considers himself or herself part of the mass of those “average moviegoers” likes to get a whiff of anything elitist, something that is not “for everyone” and hence excluding of them. Even Haynes, on the promotional trail, felt the need to play it safe on this point: the ideal viewer of I’m Not There, he advised, is someone who knows nothing about Dylan, who just goes with the flow …

Ken Jacobs’s Star Spangled to Death (2004—see http://www.starspangledtodeath.com) poses the question of the make-up of its audience, indeed of every individual viewer, very starkly right up front. A mock trailer for the seven hours to follow begins with these words printed on the digital video screen: “Let’s assume this movie is for you. This would mean you hardly stand a chance.” At trailer’s end—after some angry political analysis of the Bush administration—the text returns to this theme: “If this is a movie for you / I would commiserate / if I didn’t think it would be worse / to be among the sheep.” This is of course a dare, a provocation to every viewer: don’t be a sheep, rise to the occasion of this movie! For me, it was an irresistible entrée to Jacobs’s masterpiece.

Where I’m Not There makes it pretty easy for an audience to go with its flow, Star Spangled to Death offers no free pass whatsoever. It is not hard to scrabble up, from any recent magazine, newspaper, or website, some information about Dylan before (or after) seeing I’m Not There. After all, the film, with the pitch-perfect pastiche that Haynes has mastered since the late 1980s, plays to our possibly vague but inescapable familiarity with a vast repertoire of Dylanesque icons, emblems, famous scenes, historic moments. Star Spangled to Death, on the other hand, tells us exactly nothing (in a journalistic “backgrounding” way) about its central human subject—a figure (I presume) as iconic to Jacobs, and to a subculture of artists and critics around the world, as Dylan is to his rather larger fan base: filmmaker and performance artist extraordinaire, Jack Smith. If you don’t know anything about Smith, the film seems to say, either get lost or get educated—and be ready to dig for that knowledge in places beyond a cover story in Time or an American Masters TV bio-doc like Martin Scorsese’s No Direction Home: Bob Dylan (2005). That stance alone, in the face of Hollywood’s valorization of the know-nothing posture, is revolutionary.

We do see a great deal of Smith—and several of his compatriots, especially Jerry Sims—during Star Spangled. “Jack Smith and Jerry Sims are truly odd,” another of the film’s written titles informs us—but, beyond that, we have to use our own eyes and ears to make any sense of who they were and what they did. We see them dancing in odd costumes, engaged in near-autistic ritual gestures, and we hear them talking, singing, babbling. (Naturally, those images and those sounds never go in sync.) This is the material that Jacobs began with, shot between 1956 and 1960, and finished with almost four decades later, and—since it is now a kind of fond memorial (although Jacobs, like many of Smith’s collaborators, eventually had a hard time maintaining personal and creative relations with him)—the footage usually hits us in lyrical slow motion. Watching these images, as tantalizing and poetic as they are devoid of conventional documentation, many Dylanological themes in fact sprang to mind: especially the “old, weird America” beloved of Greil Marcus and Robert Crumb, that America conjured by songs on scratchy 78s, or ancient faded postcards.

But the relentlessly experimental spirit of Smith triggers other, higher-brow associations as well. Walter Benjamin, for instance, for whom (as his friend Siegfried Kracauer suggested in 1928) “knowledge arises out of ruins”—someone who “hardly ever tackles constructs and phenomena when they are in their prime, preferring instead to seek them out once they have entered the realm of the past,” because alive they “seem jumbled like a dream,” whereas “once they are in a state of disintegration they become clearer.” Or French philosopher-psychoanalyst Félix Guattari, who in 1994 declared: “Look at the power of American culture to produce a more than tolerable and comfortable subjectivity, warm, passionate, exciting, in this pile of metal, this heap of shit, this load of stupidities. Isn’t that really quite a feat?” Ruins, metal, shit: Dylan may have (as he proudly tells us in his autobiographical Chronicles) pilfered a rare blues album from a friend whenever his muse insisted, but Smith systematically went straight to the street, its refuse dumps and garbage cans, for his material. To watch Star Spangled is to be plunged back to the very origin of a “funk art” that created its magic from, literally, whatever junk was to hand, from what Guattari called “this American mess”—a true no-budget endeavor.

Another kind of cultural garbage—the found footage of forgotten science documentaries, newsreels, war propaganda shorts—takes up the lion’s share of Star Spangled’s mammoth running time. Compared to the inspired magnifications, distortions, and reworkings that Jacobs frequently performs on his meticulously amassed archive of old photos, stereoscope slides, and motion-picture reels—see the splendid New York Ghetto Fishmarket 1903 DVD (2006) and its bonus short, The Surging Sea of Humanity—here the samples are left whole and largely intact, save for some fairly discreet montage juxtapositions. Jacobs has commented that he expects these clips to “self-indict,” that no commentary or analysis is really needed from him on their “load of stupidities.” This expectation is a little naive; no film (or, indeed, any cultural object) naturally self-indicts for, if it did, it would never have held its ideological grip on anybody.

It is necessary to break that grip: this is the substance of Jacobs’s dare, which is really a call for an avant-garde specta-torship, one that refuses to go with the flow, alert to the ways in which rationality in a found film like Mother Love (from the CBS Conquest series, “prepared in cooperation with The American Association for the Advancement of Science” in 1960) is a ghastly charade—an ode to the experimental imprisonment and manipulation of all-too-symbolic orphan monkeys. Uninterested in coaxing an audience toward his film or endorsing ignorance, Jacobs offers instead an experience that is in the nature of a revelation.