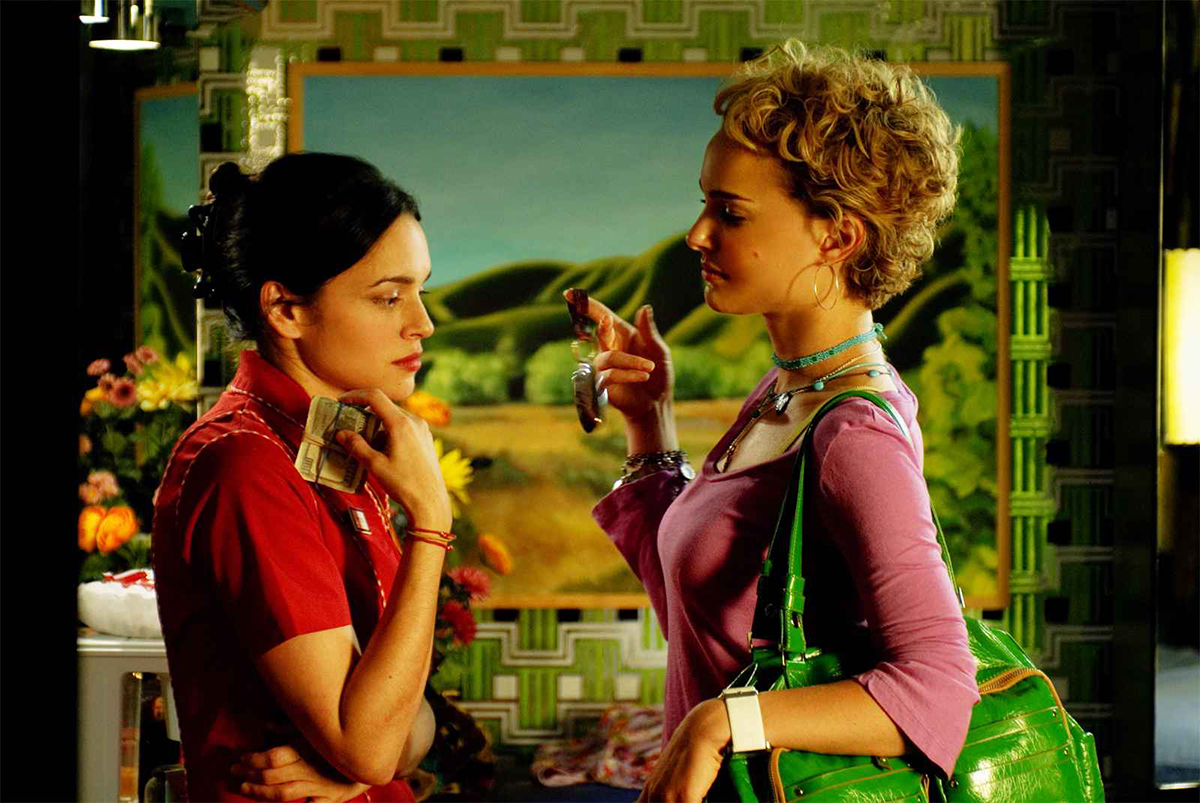 It is surely worth remarking that new movies by Wong Karwai and Hou Hsiao-hsien, China’s two leading auteurs, were released stateside on the same April weekend. The remark that springs to mind is: where’s China?

Wong is the poet of Hong Kong. Happy Together excepted, his great films prowl that city’s alleys and apartments and noodle shops, from Chungking Express (1994) to his stab at pure melodrama, In the Mood for Love (2000), set in 1962, the year Wong moved from Shanghai. Even 2046 (2004), which breaks the director’s peculiar erotic melancholy across space and time, wheels again and again back to Hong Kong. En route from British crown colony to Special Administrative Region of China, Hong Kong serves as a crossroads for glimpsing the human fate of East Asia on the verge of the new world system, cut loose from colonial history: a semiglobal space, in the way that Zhang Ziyi’s courtesan is a semiprofessional, and the movie’s residential hotel a semi-public place.

Hou is the patient master of Taiwan’s New Wave; in his work, the city is the locus of traumatic history (City of Sadness [1989]) as well as contemporary anxieties (Millennium Mambo [2001]) and sometimes both (Three Times [2005]). The drama of the Chinese Civil War and the national wound that is Taiwan are rarely far from his low, flawless frames.

What then of these new films? Hou’s Flight of the Red Balloon is French in language and financing, and fixed in Paris, mostly in a single apartment. As if to bring out her westernality, Juliette Binoche has a heavy blonde dye job — as shocking as Bardot’s black wig in Contempt (Jean-Luc Godard, 1963). Present-day Paris is washed out, far from the lush colors of Three Times; Binoche plays a puppeteer over-committed to her craft and her fissured inner life. This means she needs a nanny, floating quietly after her seven-year-old charge like a watchful balloon: Song Fang, a former Beijing film student who is also occupied remaking Albert Lamorisse’s children’s classic, The Red Balloon (1956). At one point Binoche watches Song’s movie: “It had an abstract quality. It reminded me of childhood.” This is a lovely enough verdict on some of Hou’s greatest sequences, but Flight of the Red Balloon is less abstract than vague, and not in the French sense. Meanwhile it is strikingly concrete that nothing of China remains in this film but for displaced transnational labor.

There is even less of China in My Blueberry Nights. In some regard the film resembles the recent rash of J-horror recreations for the domestic market, or Michael Haneke’s American clone of his own Funny Games (2008), except there’s no single source film. Instead it goes about the heartbreaking business of transposing Wong tropes and types into an American key: a remake without an original. Hong Kong noodle shops become Downtown bakery cafés, ambience becomes decor, charged waiting becomes mere boredom. The fundamental Wong drama, between cultural circulation and rootedness, returns as mere road trip. The casting of Norah Jones remains mysterious; a Brooklyn native, her screen English is less convincing than Maggie Cheung’s. Only a late encounter with Natalie Portman as a lacquered poker stud (another semi-professional) makes sense; Portman is a costume jewel of an actor, which is about right for Wong. Everything else is wrong. One is left with the sense that the American translation of Wong Kar-wai is “Jim Jarmusch.” Someone will think that’s good news. Wong Kar-wai, I am trying to chase you back to Hong Kong: be a poet again.

Neither director has any obligation to represent their respective homes for us. It is striking nonetheless that these departures come just as China—country and keyword—has sedimented to the heart of western anxieties about the near future. If Hou and Wong have abandoned China for a dreamlike Paris or imaginary Americana, those places have returned the complement. Boarding Gate (Olivier Assayas, 2007), which opened in the U.S. just in advance of Blueberry Balloon weekend, begins in Paris. But there’s little local color; it’s Paris as untethered cosmopole, floating above the globe and connected only to distant world cities. The characters — American, French and French African, Taiwanese and from Hong Kong—work as import-exporters and fund managers, endlessly circulating physical and abstract value. Caught up in all of it is international sexpot Asia Argento; her character Sandra, a former prostitute now employed by shady Golden Eagle impex, circulates like money itself. In too deep, she schemes to get out, open a little club. In Beijing, of course. Where the future lives.

The movie is a gripping, doomed attempt to represent the unrepresentable situation of globalization, and the abstract processes at its core (abstraction with a vengeance, you might say). In this quest, all roads now lead to China. After the requisite amount of relationship talk and sexy outfits (personal stuff, pointedly so), we are following Sandra in a jagged and panicky flight into the labyrinth of global capital, literalized as the opaque, chaotic streets and back rooms of Hong Kong, sprawling without any identifiable order beneath the city’s ringed and blinking skyline. The jittery handheld and cool blue filters offer a push-pull: desperation you can’t quite touch. Deeper and deeper in she goes. But if there is a “hidden abode of production,” we never see it clear; just episodic flashes, implacable and cool and brutal—and the suggestion they are all connected, like the narrative, in some order exceeding our comprehension. It seems almost an unnecessary fillip when we discover, in passing, that Golden Eagle has a sideline—a mainline? — in pirated Chinese DVDs.

But perhaps the most China-haunted cinema of the season is French-directed, set in the faded industrial city of Passaic, New Jersey, and never mentions China. The plot of Be Kind Rewind (Michel Gondry, 2008) centers around a video store still stuck on VHS tapes, analog in a digital world —a prosaic allegory of the incomplete shift from industrial to finance capital. The plot requires these tapes get erased via zany hijincks, so our plucky heroes Mos Def and Jack Black take to remaking them one by one, replacing the Hollywood originals with brief, bumblingly improvised versions—a process Black calls “sweding.” “It’s a country, not a verb,” he’s told. It’s also a smash with the locals; demand outpaces supply. Shortly the duo finds itself a trio, and eventually a cast and crew of dozens, everyone in on it and finally delighted to be consuming the very films they produce. What an odd little parable of unalienated labor! Even neighborhood sourpuss Mia Farrow joins in; after all, early in the film, someone says, “She’s a communist.” Eventually, Sigourney Weaver shows up as the MPAA party-pooper, with “3.15 billion in fines” and a steamroller for the sweded tapes: “the entire film industry is crumbling because of pirates and bootleggers!”

That line alone is enough to fix the allegory: the land from whence springs cheap knockoffs that confound Hollywood ain’t Sweden. Neither is it New Jersey. This is the China of our dreams: half cheap, fast, and out-of-control hyper-capitalist production zone; half the last bastion of collective life. It’s this fantasy which glows within the film’s profoundly ambitious ending, in which the entire town watches a fictionalized documentary about Fats Waller, made by themselves for themselves: a mass of semi-professionals who have rescued themselves from abstraction. It aspires to something like the populist upwelling of It’s A Wonderful Life (Frank Capra, 1946), and doesn’t miss by much. It’s just that it’s a kind of populism that isn’t at home in America anymore. Here comes China.