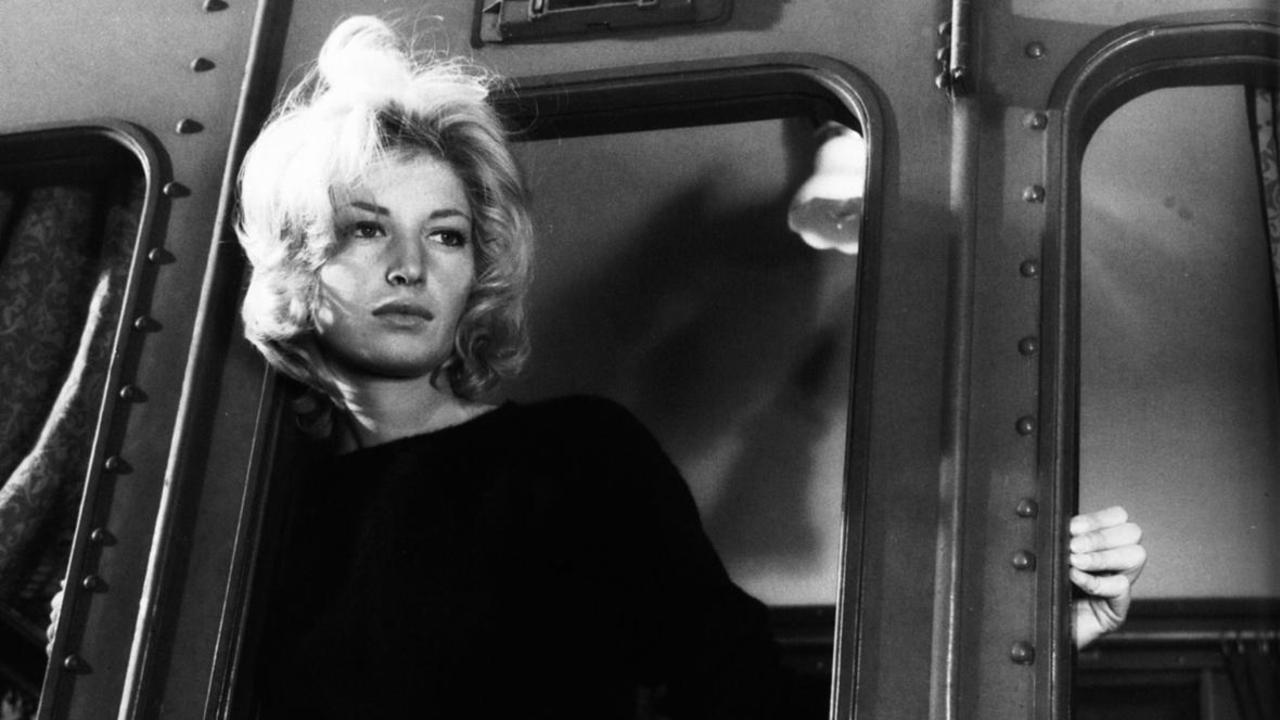 When the editor told me that this was Film Quarterly’s fiftieth anniversary issue I was surprised — surprised not that the magazine had been going so long, but that it was not in fact even older. When I first encountered Film Quarterly in the mid-1960s it seemed to me a very established magazine, indeed positively Establishment, an impression that was reinforced by its volume numbers, which were in the high teens. It was only later that I discovered that it had inherited the numbering from its previous incarnation as the Quarterly of Film, Radio and Television. As for the Establishment quality, this was due, in my eyes, to the fact that it had not fully embraced the revolution in film writing brought about Cahiers du cinéma and Movie, represented in the U.S. by Andrew Sarris who wrote in another magazine, the New York-based Film Culture.

It seems to me now that it was more than just the numbering that had me confused. At its foundation, or refoundation, in 1958, Film Quarterly was ahead of the game. It was staking a claim for film criticism in what seemed a hostile climate but one which was about to change. Oxford Opinion (1960) and Movie (1962 onwards) were part of the change, as were a plethora of short-lived magazines— Definition (1960), Motion (1961), Moviegoer (1964), to name but three—which took the cinema seriously in a way it had not been taken seriously in the 1950s. And behind the changes in writing on the cinema there were changes in the cinema itself, of which the French New Wave was the principal exemplar. Although new writing, in Cahiers for example, helped call forth a new cinema, it was more generally new cinema that called for a new writing, and Film Quarterly was a precocious response to the arrival of this cinema.

What was the state of film criticism in English-speaking countries in the 1950s? Basically, there wasn’t any. There were writers (Manny Farber, Parker Tyler, for example) but there were few outlets for sustained critical writing in books, magazines, or newspapers. Instead there was reviewing—lots of it. Editors thought that what readers wanted was reviews, something to tell them what was going on and what they might yet be lucky enough to get to see if they lived in the right place. But the kind of criticism that involved writing at length about a work which the reader already knew and about which he or she already had an opinion so that the two opinions, the reviewer’s and the reader’s, could be confronted — criticism of that sort hardly existed. Reviewers could pontificate, safe in the knowledge that however little they knew of what they were talking about, their readers knew even less. And if readers did decide to go to that Bergman movie in spite of the dismissive review of it in the London Observer or the New York Times, and liked it when they got there, there was little they could then do except shrug their shoulders and vow not to trust the reviewer in the future.

Then Breathless came out, and L’avventura. Reviewers struggled to cope. They saw that the films were original and sometimes even liked them. But they could not say why. They sensed that these films broke the rules, but they didn’t know what the rules were that the films had so rudely broken. Also, although they were judgmental (which is what they were paid to be), they didn’t necessarily have any judgment. Either they had internalized the presumed judgments of their readers or they had made such a career out of sounding off in a judgmental manner that they had lost the reflective ability to work out what their judgments were founded on. Meanwhile Breathless and L’avventura were drawing unexpectedly large audiences and a realization was dawning that more mainstream films—Westerns, for example, or domestic dramas— had more going for them than received opinion allowed for.

What was evident in this situation was a need for criticism to help illuminate these films, both the rule-defying ones and the ones that played by the rules, but also a debate as to what sort of animal this criticism should be. There was a lot of debate, between rival magazines rather than inside any one of them. (By publishing Pauline Kael and Andrew Sarris, followed by a response from the editors of Movie, over three successive issues in 1963, Film Quarterly proved more open to dialogue than most.) The debates were not designed to produce consensus but out of them a sort of consensus did emerge, to the effect that criticism was not the same as opinion, that it needed to be knowledgeable and precise, but that at the end of the day it was necessarily subjective, though for reasons which were not easy to define. Had people at the time been in the habit of reading Kant they might have found some reasons in the necessary indeterminacy of aesthetic concepts, but the nearest thing to a Kantian reasoning came in an article by Ian Jarvie in Film Quarterly (spring 1961) with the curious title “Towards an Objective Film Criticism,” which argued, not in fact for objectivity, but for a level of intersubjective consent to critical propositions based on the scrupulous presentation of more-or-less verifiable evidence.

A panel of film critics, including Pauline Kael and Andrew Sarris at the NYFF 1966.

The 1960s, then, saw the opening up of a space for a film-critical practice respectful of the object under discussion but recognized to be based, in the last analysis, on intuition originating with an individual writer but shareable by that writer’s readers. If I had to choose two essays which best embodied that practice they would probably be Susan Sontag on Bergman’s Persona in Sight and Sound (autumn 1967), and Robin Wood on Makavejev’s Man Is Not a Bird in a book called Second Wave (Studio Vista, 1970), but there were plenty of films around at the time deserving of sensitive critical treatment and more than a few writers capable of providing it.

Predictably, however, this combination of sensitivity and Kantian sensus communis did not find favor among the new-guard Marxists post-1968. Film writing, we argued (for I was one of them), needed to produce knowledge, and criticism as generally understood did not produce knowledge but wallowed around in a pool of bourgeois subjectivism, fetishizing both the auteur whose work was being discussed and the sensitive individual who did the discussing. The attack on the practice of film criticism in the pages of Screen in the early 1970s was part of a political project which I would still defend, but its sequel, the academicization of film studies, was unforeseen and in many ways a disaster. Academic film studies brought with it a vastly superior film historiography, including the history of film styles. But it nearly killed film criticism. The new knowledge-producing writing soon invaded places previously renowned for the more traditional practice of film criticism. A classic example of this would be Nick Browne’s seminal “The Spectator-in-the-Text: the Rhetoric of ‘Stagecoach’” in the winter 1975ȓ76 Film Quarterly, which for good reason became a staple on countless film courses in the 1980s and 90s. Having frequently used it myself with students, I am immensely grateful for its existence, even if I now think its argument is flawed. Without patient analysis of the type applied by Browne to Stagecoach, the serious teaching of film study would be impossible. But we are faced here with a double danger. On the one hand, the intellectual discoveries of the 1970s have become the mechanical protocols of today, and on the other hand the pedagogic requirement of reproducing these protocols has squeezed out more adventurous forms of writing that aim to satisfy wider intellectual needs than those of the classroom.

Academic film writing these days lays great stress on the verifiable and generalizable. It also prefers ordinary films to unusual films because statements about them are more easily fitted into the verification-and-generalization box. (Unusual films can then be fitted into another box called “exceptions.”) Meanwhile the coverage of cinema in the press (including some film magazines) has reverted to a mixture of snap-judgment reviewing and celebrity gossip. In between there is once again little space for film criticism as I understand the term. What I mean by criticism is a form of writing applied to works of art which pursues the general through the particular and is not ashamed to be subjective in its choice of particulars and in the generalizations it hazards on the basis of that choice; a form of writing in which the author is prepared to say, “I have seen this, you may not. You may have seen something different, or nothing at all, and now that I have told you what I have seen, you are free to accept my version or not as you think fit, because at the end of the day the case cannot be proved in anyone’s favor.” Criticism in this sense is a journey without maps and its justification lies in the fact that the terrain it crosses is one which can never be fully known but only observed, experienced, and reported on scrupulously and yet with imagination.

The assumptions behind this claim are two. First, that the work of the work of art (so to speak) is not necessarily to produce knowledge and the work of the worker on the work of art (the critic) is not necessarily to produce knowledge either, at least not in a scientific sense. Indeed the better the work of art the more likely it is to defy attempts to pin it down with the aid of reliable formulae. And secondly, that this is not a reason for refusing to say something just because what one has to say does not fit some pseudo-scientific criterion for knowledge production. On the contrary, the process of accompanying the work into this dangerous terrain and coming to terms with the hazards it presents—even at the cost of making unverifiable assertions—is more valuable than pootling about in the safe territory of the writer’s suburban garden where every flower is what they said it was when you bought it from the shop.