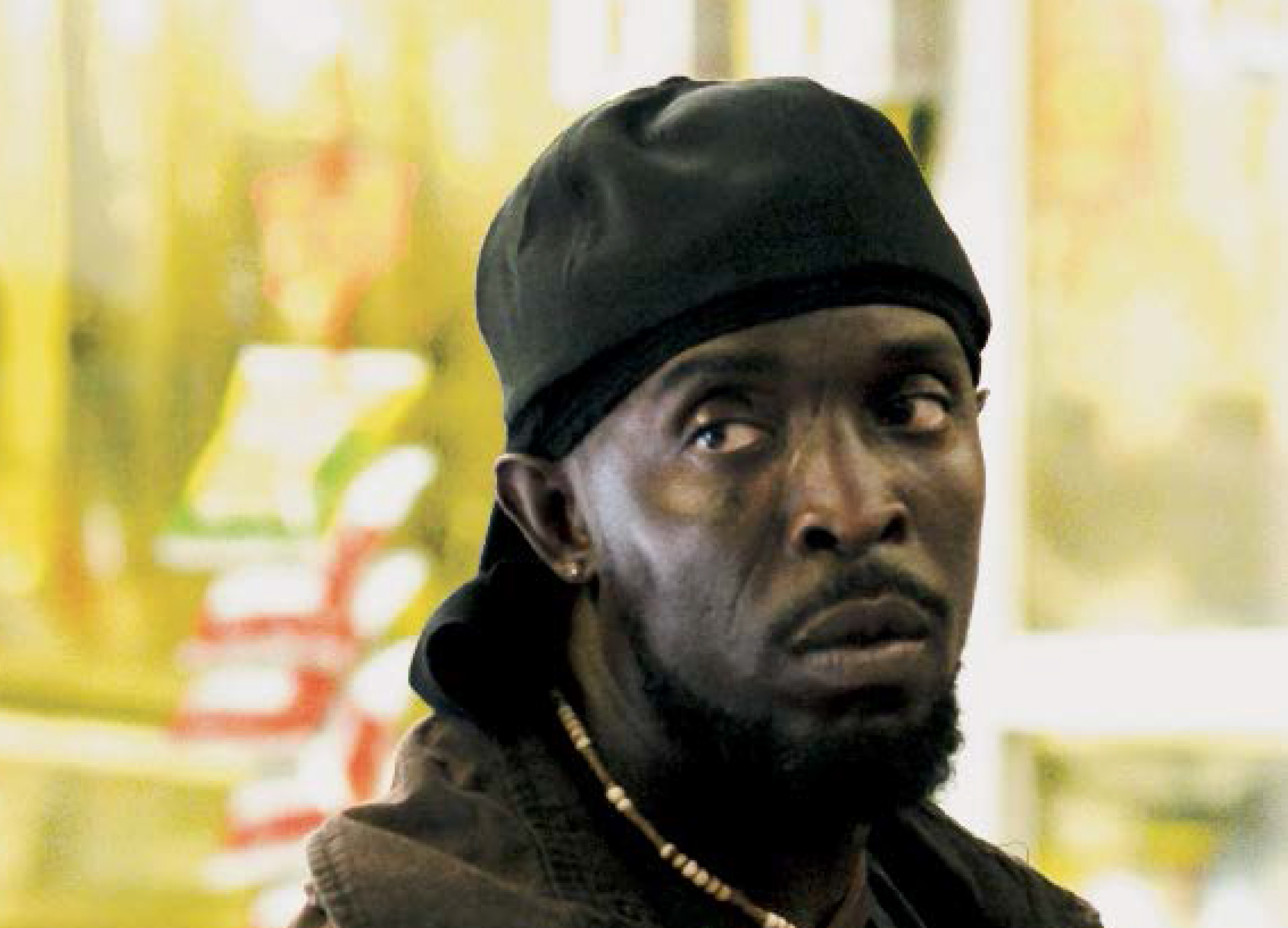 Who watches The Wire? It’s a truism that HBO’s sprawling five-season narrative of systemic dysfunction in Baltimore attracted fewer viewers—not to mention awards—than it deserved. That those whom it did attract often tended towards the evangelical did not always work in the show’s favor; I know a number of people (I was one myself for a while) who responded to its reputation as “the best TV show ever made” by deferring rather than expediting access to a DVD boxed set, waiting for that mythical expanse of free — and receptive and alert—time when one could “do it justice.”

Still, once inducted, it was easy to appreciate the compulsive appeal of the interwoven narratives and multilayered characters, and unsurprising to find a plethora of online exegetical forums and discussion boards—notably on HBO’s own website (www.hbo.com/thewire) — where lines could be parsed, earlier scenes excavated, and predictions made and unmade while the series was still running about where it would all end. The Internet is ideal for the pursuit of such niche interests by small, informed, and emotionally invested groups of like-minded hobbyists, whose tone can turn on a dime from symposium-airy to lynch-mob-earthy. (In the case of The Wire, the latter was reliably provoked by the cavalier dissemination of plot spoilers by commenters who had seen episodes early, either on HBO’s on-demand premium service or on pirate DVD.) Even after the close of the series, dedicated microsites like that hosted by the Guardian newspaper (guardian.co.uk/media/organgrinder+wire) provide a space for its fans to continue to discuss it.

In addition to the quality of its writing and performances, The Wire has also been widely hailed for its social realism, particularly the challenge its essential pessimism about the ability of entrenched institutions to effect change presents to the conspicuously efficacious individual dynamism that is conventional in Hollywood storytelling. Whether this in fact means that white, middle-class viewers of the show better understand the lives of black drug dealers and those living in the neighborhoods where they work is, however, arguable— and that argument can be found online. Ideas of race and class tourism are threaded through much of the web commentary on the series and its reception.

On ebonyjet.com, the online presence of Ebony and Jet magazines, DeAngelo Starnes argues, writing about episode 52, that “the white audience is drawn to The Wire like white kids are to hip hop. They love that fantasy of Black thug life. They think they identify with it … For much of the audience, The Wire is like a zoo. Watch the animals in their limited habitat. Try to intellectualize where they’re coming from. And then walk away feeling like you’ve been to an African jungle.” Starnes goes on to credit David Simon, the creative motor of the show, with a deeper understanding of the environment he depicts—“you can’t write what you see on The Wire from a zoo visit”—but similar suspicions from African American bloggers about audience motivation and response can be found elsewhere online. At diseducation.com, under the heading “Wire Lesson 2: Do We Trust White People?”, Vasco B used three white characters from the show—police officers Hauk and McNulty and Mayor Carcetti— as case studies in how even ostensibly well-intentioned white people can exacerbate the problems of black people. Admitting to mixed feelings, Vasco suggested white acquaintances of his own, teachers and overseas voluntary workers, labored under similar delusions: “I feel slightly uncomfortable with the ‘let’s help the poor helpless people of color around the world’ mentality usually found in affluent White students at Liberal Arts universities around the country. But I’m not sure why.”

Posting at heavenandhere.wordpress.com, the blogger jetsetjunta seems to offer confirmation of these suspicions, mourning the show’s passing because it will remove a fictional window on an unfamiliar section of society. “It’s nice having this dependably screwy prism through which to refract our own conceptualizations of our society and culture. I guess I’ll just have to read the papers.” It’s notable that the show is here conceived as equivalent to real-world reporting as a source of information about another America — especially as the fifth and final season of The Wire was largely concerned with the practice of journalism, and the consequences of newspapermen indulging readers’ perceived appetite for sensational stories at the expense of accurate or even truthful reporting. The character Scott Templeton, a fictional reporter for the real Baltimore Sun, is seen over the season to be fabricating material for careerist purposes.

In the real world, there seems to be an appetite for confirmation that The Wire presents an “authentic” portrait of life in “the game,” to use the show’s term for the violent shadow economy in which many of its characters function. In a Washington Post article from December 11, 2006, headlined “The Wire: Young Adults See Bits of Their Past” (available on http://www.washingtonpost.com), staff reporter Carol D. Leonnig spoke to African American college students who could supposedly judge the show’s authenticity. Talking about the young characters at the narrative center of the show’s fourth season, which focused on the educational system, one student told Leonnig “we know kids just like them in that situation,” while another recalled a high-school classmate who dropped out to sell drugs and is “probably doing the same thing now.” A third suggested that “even if an individual hasn’t grown up in a low-income environment, they still can find some relation to ‘The Wire’ and its characters.”

It’s harder, however, to find much in the way of first-hand testimony from those who have grown up in the type of environment featured on The Wire, or even to garner much reliable evidence about how much popularity it enjoys among such demographic groups. Pirate DVDs of season 4 were found to be in circulation throughout the eastern seaboard ahead of its broadcast. Simon spoke vehemently about this piracy, and especially the uploading of spoilers, in an interview for aol.com: “any asshole, who, armed with a bootleg copy of a show, posts a clip of a major character being killed on YouTube or headlines a website posting with ‘XXname hereXX R.I.P.’ has pretty much defined himself before the world as a hopeless, useless premature ejaculator” (www.borderline-productions.com/TheWireHBO/exclusive4-2.html).

Perhaps the most interesting area where these concerns came into play was a blog (freakonomics.blogs.nytimes.com/tag/the-wire/), on the website of The New York Times. “What Do Real Thugs Think of The Wire?” was actually a subset of the Freakonomics blog, hosted by the Times, named after a study of unconventional, counterintuitive socio-economic subjects that reached the Times bestseller list. One of the authors of the book and blog, the Columbia sociologist Sudhir Venkatesh, has well-established links with gang members, and arranged to watch season 5 of The Wire with “a few respected street figures” in “the Harlem apartment of Shine, a 43-year-old half Dominican, half African-American man who managed a gang for fifteen years before heading to prison for a ten-year drug trafficking sentence.” They were joined by several other former gang members in their thirties and forties, and twenty-nine-year-old Flavor, who was still “in the game.” Over the two months of the blog’s duration, Venkatesh reported opinions on which characters would prosper or die and the authenticity of the show’s depiction of the drug trade, as well as subjects such as Barack Obama, police corruption, and chicken wings.

The reports elicited sometimes angry feedback. From the first entry, the blog was attracting posters who said they were Baltimore ex-cons (“get out the game count your losses and start a new,” counselled Jay). At the same time, perhaps primed by season 5’s anatomy of crooked reporting, some skeptics were soon declaring that “Venkatesh is the Scott Templeton of academia” and, like Templeton’s on-screen editor, demanded more information about sources, even pictorial evidence. Less strident but more numerous were those who accused Venkatesh of “exoticizing poverty and perpetuating stereotypes … we need to begin to start criticizing this man for his racist, highly sensational totally fictionalized analysis of poor people or the message of the wire will be entirely lost upon society,” wrote mg. The blog’s coy censorship of racist epithets (“uppity [characters]” indeed) certainly placed its subjects at a distance, especially in contrast to The Wire’s own unabashed profanity. Some readers expressed alarm that other commenters were making little distinction between the fictional characters in the show and the real people in Venkatesh’s reports, a concern that was exacerbated when Venkatesh himself confused the names of a character and a subject. Things got even more tangled when he reported that a gangland vendetta had forced Flavor into hiding. It was plain from the comments this provoked that certain fans of the blog— which by now had attracted a devoted following—were indeed getting vicarious thrills from reading about the lives of others.

The blog wound down prematurely and unexpectedly, when the ‘Thugs’ decided they were no longer interested: “we can walk out the door and see this stuff every day.” Venkatesh also conjectured that “watching the show made them nervous” about Flavor, who remained in danger. They did, however, recount how interested they had been to read the blog feedback, which had afforded them an intriguing and thought-provoking outlook on the lives of a group with whom they had no day-to-day contact. “I don’t talk to a lot of people outside my ‘hood,” one said, “For me, I got to learn about ‘those’ people”—that is, fans of The Wire.

BEN WALTERS is the author of The Office (BFI TV Classics, 2006).