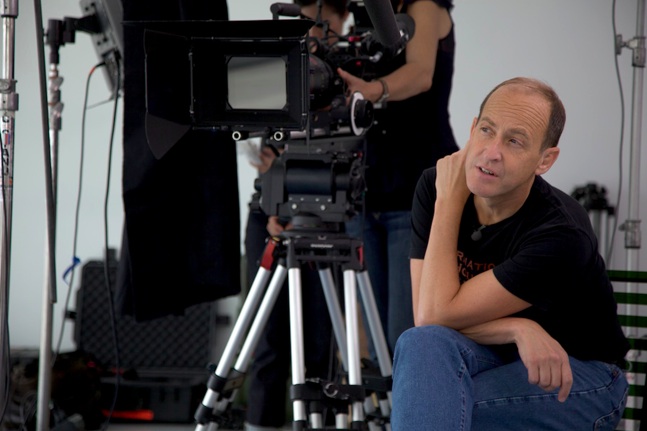 By the end of the Inside Job Q&A with director Charles Ferguson and producer Audrey Marrs at the London Film Festival, October 27, it was clear that this documentary’s account of the colossal and coordinated act of financial malfeasance that led to the present economic crisis had elicited angry responses. One person called from the floor for the perpetrators of the “conspiracy” to be shot. Another congratulated the filmmakers before declaring that only something on a par with the Russian Revolution could truly deal with the root causes; nothing will change, she said, “until we see some bodies swinging from lampposts.” (The festival programmer Michael Hayden gamely decided that this was a “good note to end on.”) Like many recent political documentaries, Inside Job sets out not only to inform but also to rouse viewers to indignation. Ferguson explores how predatory bankers invested in subprime mortgages in the full knowledge of the risks involved. (In the aftermath of the ensuing disaster, grueling congressional hearings forced the financiers to admit their unscrupulousness and Inside Job includes clips of their testimony.) The festival also screened Draquila: Italy Trembles, Italian comedian Sabina Guzzanti’s sardonic exposé of the way in which Silvio Berlusconi took advantage of the 2009 earthquake in L’Aquila (whence the pun in the title). The Italian premier used the powers bestowed upon the “Civil Protection” agency to deprive citizens of any say in the reconstruction of their city; many of them were then moved into apartments in new speculative developments. Berlusconi presented these buildings as if they were gifts from the prime minister himself, whereas in reality they were the result of a profitable privatization of the state’s emergency powers. Inside Job and Draquila are, on different scales, both investigations of what Naomi Klein calls “disaster capitalism.”

In laying out their arguments, both films resort to a familiarly eclectic assortment of techniques. Though interviews predominate, they are supplemented by graphics (garish collages in Draquila; satisfyingly pedagogical charts, diagrams, and textual excerpts in Inside Job), TV clips, and music-video montages. In sticking close to the everyday banality of disaster, low-budget Draquila’s use of handheld cameras to survey L’Aquila’s devastation and its devastating “regeneration” is appropriate for the subject. Inside Job, however, has a big-budget aesthetic, including a celebrity narration provided by Matt Damon and epic outdoor shots—from Icelandic landscapes in the prologue to overviews of Manhattan skyscrapers and private jet hangers. Ferguson’s film therefore follows a recent documentary trend (exemplified particularly in Edward Burtynsky’s photographs) that tries to represent the effects of global capitalism in terms of a naturalist sublime. What to make of this spectacular imagery? It is surely legitimate to use diverse and even picturesque means to deliver knowledge to a disoriented public, especially in view of the widespread aversion that audiences often have to didacticism. And yet slickly attractive visuals can often mislead instead of illustrating. God’s-eye images of pristine wildernesses in Inside Job seem sentimental in relation to the actual environmental damage caused by global speculation. Aerial shots of massed skyscrapers look fetishistic. The image of an empty Chinese factory represents the manufacturing downturn as an absence—social relations have disappeared—rather than a systemic calamity. And footage of Wall Street minions milling around nightclubs reduces the crisis to a question of immoral debauchery.

Inside Job is much more effective when it uses simpler, abstract means. It includes several minimalist diagrams detailing, for example, how insurance giant AIG was embroiled in the trading of “collateralized debt obligations” and “credit default swaps.” These graphics convey a sense of the systemic patterns—the real but less visually alluring landscape of the crisis—in which individual greed and collective suffering find their place. This is not to say that documentaries should imitate PowerPoint presentations, but at least there is no danger with such a factual approach that spectacular visual clichés will obscure the issues.

Ferguson was able to gain access to an impressive array of interviewees. In elite, luxury settings—boardrooms, penthouses, ornate ministerial offices—we watch bankers, investors, lobbyists, journalists, economists, and ministers (including IMF head Dominique Strauss-Kahn, George Soros, former Federal Reserve chairman Paul Volcker, French finance minister Christine Lagarde, and the amusingly candid economist for Citigroup, William Buiter) provide their partial, and sometimes self-incriminating, views on the bubble and the crash. Ferguson excels in building a composite narrative of the crisis out of these individual perspectives. Though the true villains of the piece (Lawrence Summers, Alan Greenspan, Ben Bernanke, and Hank Paulson in government, and the likes of Dick Fuld, Lloyd Blankfein, and John Thain among the investment bankers) all declined to appear, Ferguson corners some of their vassals and enablers, and this often makes for gripping viewing.

Whereas Guzzanti, like a somewhat subdued Michael Moore, is frequently present onscreen in Draquila, listening to evacuees and confronting officials, Ferguson never appears in Inside Job. Occasionally, however, his voice is heard interjecting, in exasperation, with remarks like “you can’t be serious” or “you must be joking.” He seems especially scornful of academic economists. As he probes the organic ties between the financial industry and the economics profession, he even drives Columbia Business School dean and former chief economist to the second President Bush, Glenn Hubbard, to a revealing moment of discomfited rage. There were dissenting experts who foresaw the crisis, including Nouriel Roubini and Raghuram Rajan (both of whom are interviewed), but their warnings were drowned out by the likes of Hubbard and his cringe-worthy colleague Frederic Mishkin. Inside Job shows plainly to what extent effective intellectual debate was curtailed and academic discourse debased in the run-up to the crisis. The radical American sociologist C. Wright Mills once wrote that when the bureaucracies of business and government faced each other across a table, beneath it their feet were entangled. If we add to this the facilitating functions of business schools, it is a proposition that lies at the core of Ferguson’s film. The financial industry, the Treasury, and Ivy League universities are connected by a revolving door and this continues to be the case in what social justice advocate Robert Gnaizda calls in Inside Job President Obama’s “Wall Street Government.”

Emphasizing how the financial industry disastrously grew in power recently as a result of deregulation, Ferguson’s film sometimes seems to be nostalgic for a better-regulated version of American capitalism, whose emblem is the Statue of Liberty (the last image of Inside Job). In this respect, Inside Job resembles some other critical screen texts of recent years, from The Wire to Capitalism: A Love Story. But even if we forget the unappetizing aspects of that earlier system (racism, sexism, Cold War nationalism), the fact is that the material conditions for its revival no longer exist. The elite venality that Inside Job exposes is often staggering, but it does not suffice to explain the precarious economic situation. Ferguson does not delve enough into such matters as the long-term crisis of profitability in the U.S. and the decline of its productive base. These are arguably the crucial determinants of the disaster and they cannot be rectified through either morality or regulation. It is not beyond the means of documentary film to pursue such problems, but it is beyond Ferguson’s scope. Inside Job nevertheless performs a sterling service by letting us glimpse the tangled feet of finance, politics, and academia. Many will share the London viewers’ rage at the evidence of corruption that the film uncovers.

Alberto Toscano is the author of Fanaticism: The Uses of an Idea (Verso, 2010).