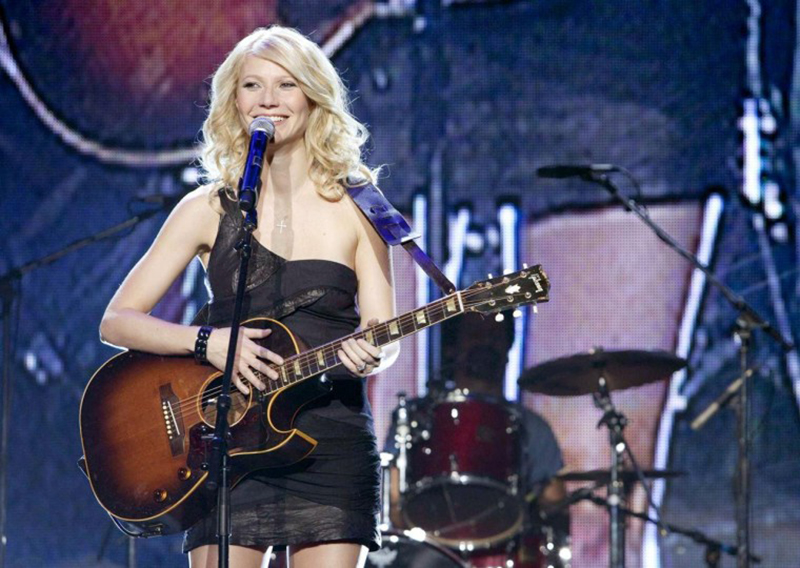 Doubling is a paradigmatic trope in cinema, at every stratum from the technical doubling of apparatus and human perception, to the doubling of the worlds that exist on each side of the screen. It is ever with us. Nonetheless the class of 2010–11 is taken with a doubling delirium. This includes the least likely doubling in film history. Here is a plot: a man has been driven mad by guilt for his role in his wife’s death, and has retreated into a dream world. To draw him forth from this, he is launched into a different dream world of action and adventure, with a puzzle to solve. But we are given to understand, according to a more or less explicit set of intimations, that he is in fact working on his own mental problems in the hopes that he can heal himself, accept his wife’s death, and return to reality.

This is a particularly baroque invention; what are the odds that Hollywood would make this movie twice? Much less make it twice in one year . . . with the same actor playing the leads? And it is not just Leonardo DiCaprio’s peculiarly apt mug, cynical attention masking a bloated and childlike core, which visually joins these improbably doubled narratives. Shutter Island and Inception share further, unlikely formulations— not the least of which is the visual invention of the stark, crumbling cliffs that isolate the broken Leonardo’s land of the lost from the world of the living. Such doublings between films that are themselves about doubling sets up a turbulent recursion of a different order than Hollywood’s unremarkable habit of repeating successful formulae; the audience bedazzlement that each movie hopes to solicit (is this really happening?) lodges far more intensely in the relation between the two films.

In train of this uncanny doubling, there has been a spate of both inter- and intrafilmic examples. Black Swan pursues it with Darren Aronosky’s usual rage for excess: everything is doubled and doubled again. Myriad mirror shots underscore the overkill, with the object eventually serving as deadly weapon: the lead character in fact dies of a mirror shot.

Black Swan is a backstage drama: this is the first, generic doubling. Swan Lake, staged in the movie, is itself a doubling story of Odette and Odile, white and black swan princesses. They are traditionally danced by a single ballerina, who must double herself. The ballerina here is Nina (Natalie Portman), who replaces an older and faded star, Beth (Winona Ryder), both as the company’s lead and possible consort of the artistic director. Nina is also doubled by her mother, an unhinged former dancer played by Barbara Hershey, with whom she shares a claustrophobic New York apartment. But Nina is further doubled by Lily (note how each name is itself a doubling, just as the names double each other), played by Mila Kunis, a new member of the company who swiftly becomes her alternate. Arrived from San Francisco (setting up a bonus doubling game about coastal cultures), Lily has the sensual élan that Nina lacks and the Odile character requires, and so threatens to replace her in the already doubled role.

Or does she? We aren’t given to know, as Nina is driven mad by the situation, or driven mad again—a previous breakdown is alluded to. It remains uncertain how much of the narrative is delusion. You could say she is maddened by excessive doubling, though you could say the same about the director; the film’s sense of overstuffed surfeit arises as much from his doubling-hysteria as hers. At least the film knows that excess doubling is precisely the problem: the mother, like so many screen maniacs before her, keeps a shrine of the same portrait in near-endless repetition, with only minor variation. In this case it’s a self-portrait. It is an under-remarked matter that this has become a kind of unquestioned folk belief, at least in the movies: the sign of madness is having too many copies of the same image.

Hence Nina’s madness. All the doubling swirls miasmatically around her: Odette/Odile, her and her mother, her and Beth, her and Lily. Both those latter pairs are distorted versions of what should properly be named the “All About Eve doubling,” wherein a younger, more vital female performer threatens to take over the role and the life of the older and more fragile one. As an aside, the revelation of this device is the retroactive recognition not that Aronofsky’s film is actually a melodrama along the lines of All About Eve (or Stella Dallas or Sunset Blvd.), but rather that those were body-horror movies like Black Swan. The real of body horror is aging itself, decay, redundancy, replacement. That women, within the diegesis of each of these films, are not just the victims but the agents of this terror, is an exact measure of Hollywood’s gender trouble.

One would suspect that Country Strong, a gently appealing genre flick, is distant from the Grand Guignol of Black Swan. But it has its own doubling urge, albeit more schematic. It offers four main characters, representing the four quadrants of Hollywood’s stunted demographic model: older female, younger female, younger male, older male. The first three are country singers; the only character who isn’t is played by an actual country singer, just to keep the doubling channels open. That’s Tim McGraw, in the role of James, husband–manager to a country superstar, Kelly Canter (Gwyneth Paltrow, an older woman at thirty-eight). McGraw is doubled by Beau (Garrett Hedlund), a true soul who is nonetheless (unlike James, which is to say, in his place) sleeping with Kelly. But Beau is doubled as well by the young female siren Chiles Stanton, also a rising talent: they both open for Kelly. Chiles is ascending swiftly on beauty-pageant looks and doey naiveté—thus she is in turn also the older star’s All About Eve double, and begins to receive the acclaim and hit songs once due Kelly. She is played by Leighton Meester, shortly appearing in The Roommate, a dorm-room remake of doubling’n’dementia classic, Single White Female. It’s enough to make your head spin.

But it doesn’t, which is a token of the film’s surefootedness, its easygoing locomotion—formally cognate to the Grand Ol’ Opry pop it proffers, and affectively distant from Black Swan’s propulsive panic. And yet, finally, they are the same movie, and not just because they are backstage dramas: Kelly, coming away from a mental breakdown and in danger of relapse, pushed by a younger and sexier replacement, cripplingly unable to confront the stage performance that every-body desperately needs from her (most of all herself), is nonetheless compelled to give it a go. She botches a couple of preparatory attempts, acts self-destructively, gets high, fools around, misses a rehearsal gig, visits a hospital, freaks out about her competition. All of which happens in Black Swan, as does the remainder: she eventually takes the stage on the big night, gives a bravura, transformative show including magical costume changes, the crowd goes wild, she kills herself, exeunt omnes. Along the way, as if for emphasis, there are doubled sequences of Kelly breaking down: her country-strong mascara so smeared around her eyes it can’t help but resemble the already iconic black-swanface of Nina’s maquillage. It’s the Grand Guignol Opry, and Kelly is Country Swan.

The significance of this current wave of doubling delirium remains an open question. A Marxian approach might pursue anxieties around reproduction without real increase. Not as an abstract matter of the postmodern proliferation of empty signs, but as a concrete problem of the economy and its failed profitability, its panicked and fruitless churn of more or less identical commodities, its ceaseless remaking and remodeling of itself without getting anywhere.

But a more immediate curiosity presents itself. What does it mean for Fox Searchlight (Black Swan) and Screen Gems (Country Strong) to make the same movie at the same time, with about the same budget? Something is particularly suggestive about the pairing: the distinction, such as it is, isn’t exactly one of genre, much less of the genders and ages to which they are pitched. The only real distance between Black Swan and Country Strong is evidently one of social class. The narratives confront each other in the mirror, but it is ballet looking at country music, the heartland peering at Europeanized coastal elites. Naturally one appears as pseudo-art cinema, one as genre fare.

In many ways these are false identifications. Country music sells largely to the suburban middle class; ballet is scarcely limited to neurasthenic cosmopolitans. But they are identifications nonetheless; nobody doesn’t know the cultural distinctions implied by the pairing, the figuration of the bourgeois and proletarian. It is this thought, this difference, that Hollywood is thinking, and trying to arbitrage. And yet at the same time, the movies insist that the narratives— the fates—of the two classes are doubles for each other, in the end. That surely is the greatest delusion of them all.