The 40th annual New Directors/New Films festival at the Museum of Modern Art and Film Society at Lincoln Center (March 23–April 3) brought together a pair of features from Egypt, telling tales of two cities and two sexes on the edge of a volcano. Both were produced in 2010, before the recent uprising.

Cairo 678, said to be “inspired by real stories,” comes from New York-trained writer–director Mohamed Diab. Casting attractive actors (often with a background in TV), Diab has crafted an audience-friendly fiction film on the distressing topic of sexual harassment. The script comes in the now familiar form of an Amores perros-style multi-strand narrative: three characters, and their stories, will intersect in the notoriously chaotic Cairo traffic, where, according to the film itself, a red light stands for “go faster.”

In the credit sequence female hands deftly weave copper wire into jewelry: a delicate piece depicting a dancing couple. We cut to an exterior of the bus whose number gives the film its title. Fayza, a woman of modest means and dress, is first shown caught in a taxi driver’s mirror, then picking her way through the perilous traffic. In the film’s pivotal scene, repeated from different perspectives, she will be thrown off the bus after pricking a male harasser with a pin she takes from her headscarf. We flash back one year to our second protagonist. Wealthy Seba is a jewelry designer, married to a doctor, who feels secure enough to jog in the street. Taken to a soccer match by her husband (who urges her to “show Egyptian strength” by chanting), she later celebrates the local victory outside the stadium. The great squares and boulevards throbbing with football fans are of course now familiar to foreigners too: soon they would be convulsed by political activists. In a typically pointed detail, Seba will be abducted and abused by male aggressors even while her face is painted fan-style in national colors. Rejected by her husband and advised by mother to keep quiet, she miscarries a baby. 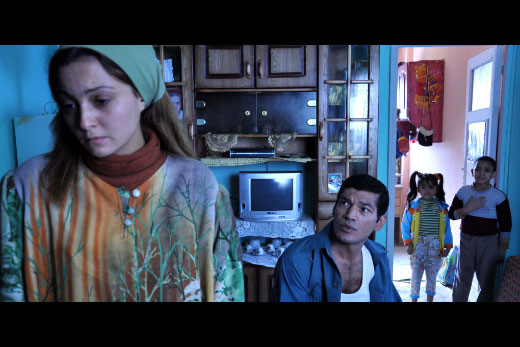 Our third protagonist is Nelly. Unsafe even in the call center where she works, she is constantly hit on by clients on the phone. Assaulted by a van driver on the street, she fights back, becoming the first woman in her country’s history to file a sexual harassment suit. Here once more there is a quiet commentary on politics and nationalism. As Nelly is interrogated in the police station, Hosni Mubarak, in an official photo, looks stolidly on. And when she goes public, hostile commentators claim she is bent on “destroying Egypt’s reputation,” even “overthrowing the government.”

Cairo 678’s three heroines meet up only one hour into the film’s running time, when they are driven to desperate measures. And if the multi-strand narrative is reminiscent of González Iñárritu (or, indeed, the Oscar-winning Traffic), then so is the reliance on coincidence and on some ill-judged moments of melodrama. But Diab is never Manichean. Feisty Nelly, for example, is allowed a sympathetic fiancé. And even the policeman investigating a wave of stabbings of men on Cairo buses proves surprisingly benevolent, sympathetic with the women’s struggle. Still the film permits itself some telling political asides. The policeman asks for an informer to be put on every bus. When his sidekick queries: “Do you know how many buses there are?” he replies: “Do you know how many informers we have?”

But even in this surveillance state, Diab allows viewers a conclusion of qualified optimism: one woman may have split from her hostile husband, but another is steadily supported by her fiancé. And when the real-life Nelly bravely took her abuser to court, she achieved a genuine change in the Egyptian legal system. Still, perhaps most surprising is Cairo 678’s unwitting evidence of the class chasm and religious divide in Egypt. When Seba takes the distressed Fayza home with her at one point, the wealthy secular woman’s walk-in closet is bigger than many Manhattan apartments. And the skimpy black dress she loans her modest comrade is taken to be sexy lingerie by the devout woman’s husband.

Expertly shot, Cairo 678 also boasts a soundtrack of dreamy drones by Hany Edel who also appears on screen among many musicians in the festival’s second Egyptian feature, Ahmad Abdalla’s Microphone. Here the credits consist of a quick-cut montage: a recording studio, skateboarders on the street, and a kettle boiling in a kitchen. Main character Khaled (heartthrob Khaled Abol Naga) has returned from the U.S. to his native Alexandria and is having breakfast. A benign paternal presence, he barely intervenes in the informal narrative that follows, documenting the city’s rich underground of hip-hop, graffiti, and guerrilla filmmaking. The opening images are set to an infectious rap, issuing a “welcome to Alexandria,” but warning anyone who looks like a visitor from Cairo to watch out for muggers. There will be repeated references to the rivalry between the breezy maritime metropolis and the chaotic landlocked capital. 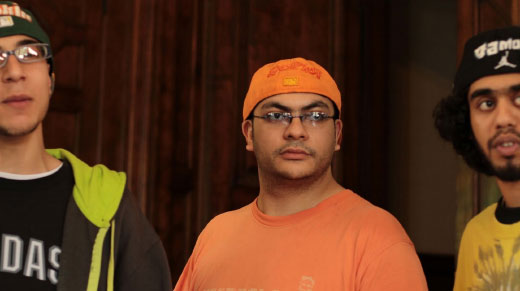 Shooting handheld throughout, Abdalla crosscuts between diverse locations: a fish market, a trendy designers’ office, and the shabby streets where graffiti artists stencil designs on walls covered with political posters from recent elections, stage-managed by the regime. But beyond cinéma vérité, Abdalla has a smart and ironic focus on his chosen material, which is most likely wholly unknown to foreigners. A couple of film-school kids are shown improvising a project on Alexandria’s informal art scene. They ask their teacher a question viewers might well pose to Abdalla himself: “What’s the difference between fiction and documentary film?” While Microphone’s plot may seem desultory (kids hang out and break up), like Cairo 678 it carries a discreet political punch. Repeated scenes show an oleaginous arts bureaucrat, who claims to defend freedom of expression, yet refuses to support radical rappers. And while Alexandria’s boys (and girls) just want to have fun, we see unforced evidence of repression by the regime. There are police checkpoints on the street, forcing rappers to rapidly hide subversive CDs. And when one graffiti tag claims that “The revolution starts here,” the boast is (as we know in hindsight) by no means empty. This youth culture, however derivative it may appear, was soon to have very real effects.

What’s more, Microphone gives a spin to Cairo 678’s gender critique of harassment-plagued Cairo. Here the sexes mingle freely, at least in Alexandria’s arty underground circles, leading not to violence but to the teenage hookups and heartbreaks familiar around the world. Liberated professional women seem to be everywhere. But even Khaled’s exgirlfriend, chain-smoking in a café with a sea view, feels she has “nothing in common” with her fellow Egyptians and will leave the country for a Ph.D. in London. Girls in a metal band, fearing parental disapproval, won’t allow their faces to be seen in the film, and sport Kiss-style greasepaint. Khaled is shown riding Alexandria’s picturesque trams without incident. We wonder what women’s experience of such mass transit might be like.

But the main impression of Microphone is sheer dynamism. We see street scenes shot on the fly, fast-motion graffiti-tagging, and ramshackle locations: from abandoned warehouses to the trash-strewn seaside and the misty delta. Similarly spontaneous and frustrated by bureaucracy, the kids decide, like Mickey Rooney and Judy Garland so long before them, to put on their show “right here” (in a sidewalk café). But unlike in 1940s Hollywood, the young musicians are frustrated by an unholy alliance of police and clerics: youthful rebellion will not be permitted, as yet, to disturb the peace. So while Alexandria’s hipsters might seem at first to be equally at ease in Brooklyn or Hoxton, here context is all. Cairo 678 concludes with real but limited change (legal reform on sexual harassment) achieved within the ancien régime. Microphone ends rather with its frustrated youth, deprived of a voice, looking moodily out to sea. We know what they don’t: real revolution is just over the horizon.

Paul Julian Smith is Distinguished Professor in the Hispanic and Luso-Brazilian Literatures Program at the Graduate Center, CUNY. His most recent book is Spanish Screen Narrative: Betwen Cinema and Television (Liverpool University Press, 2009). 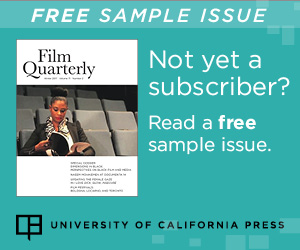 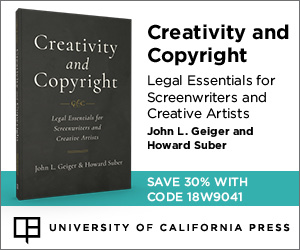 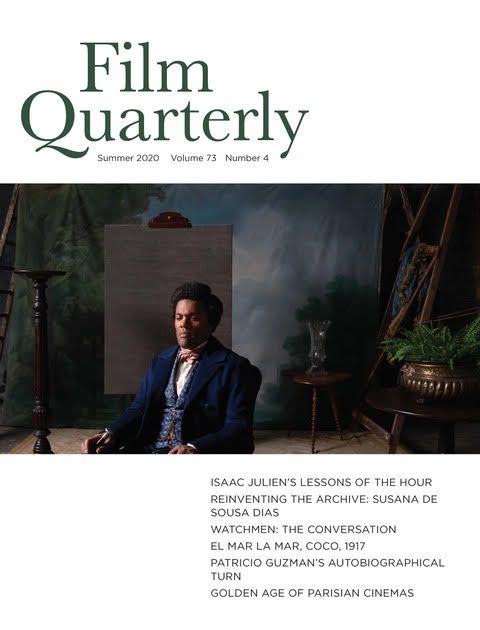 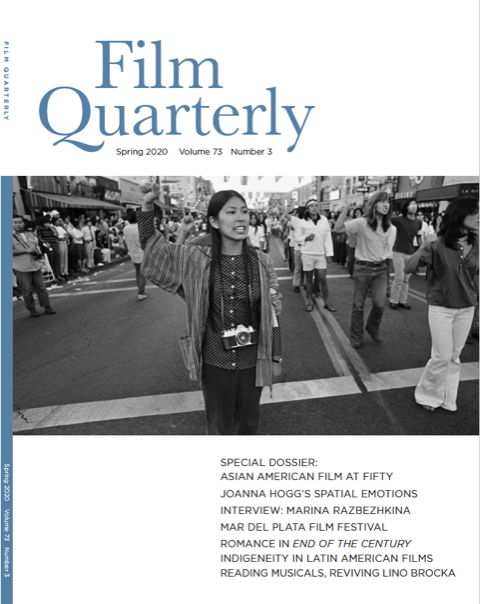 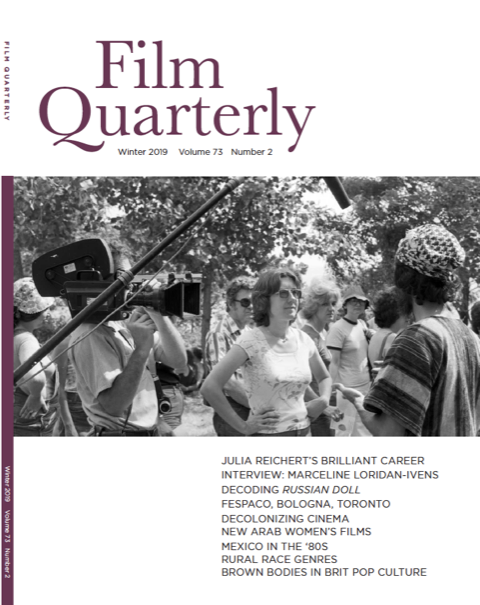 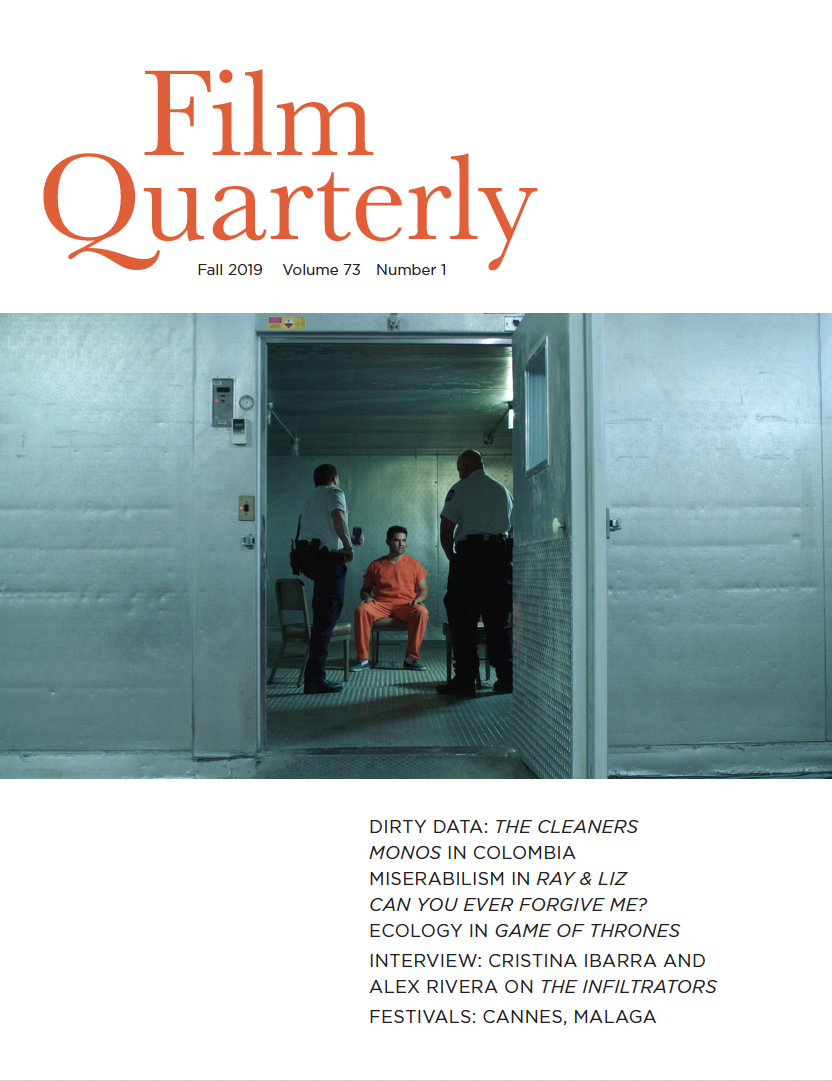 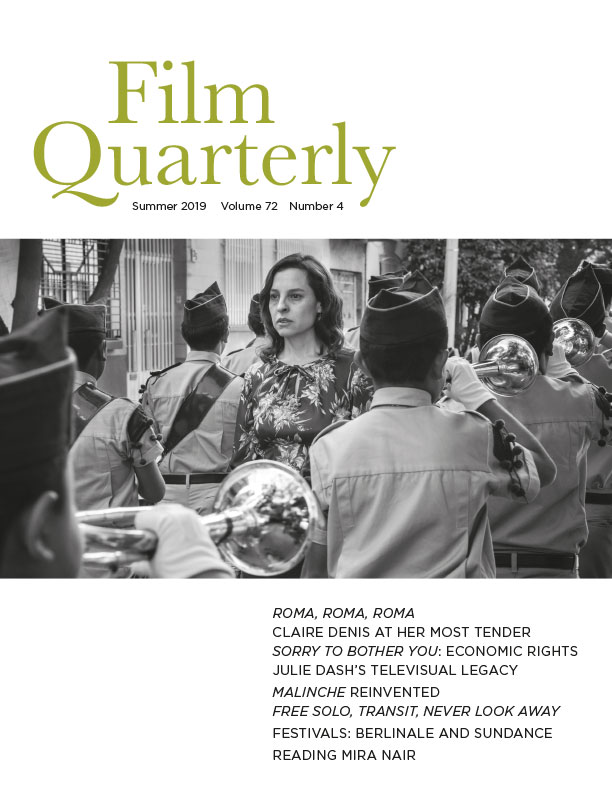 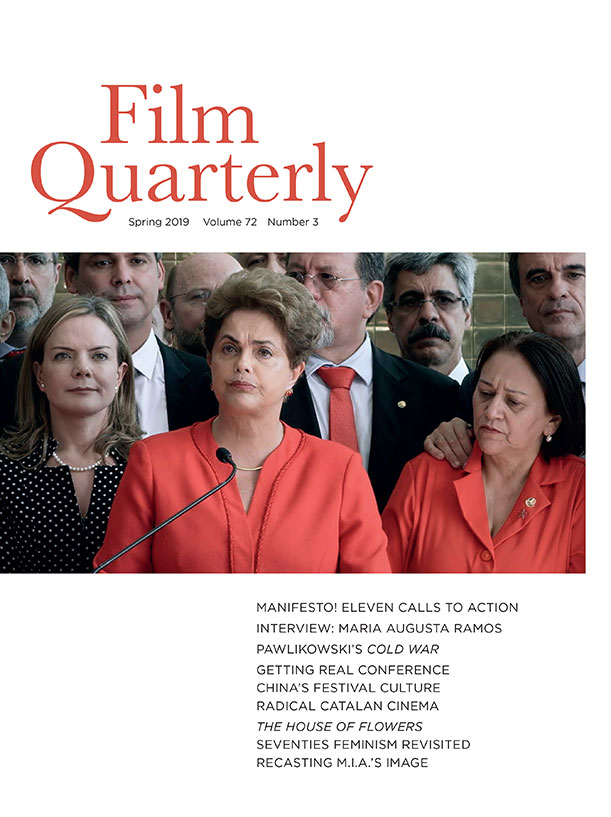 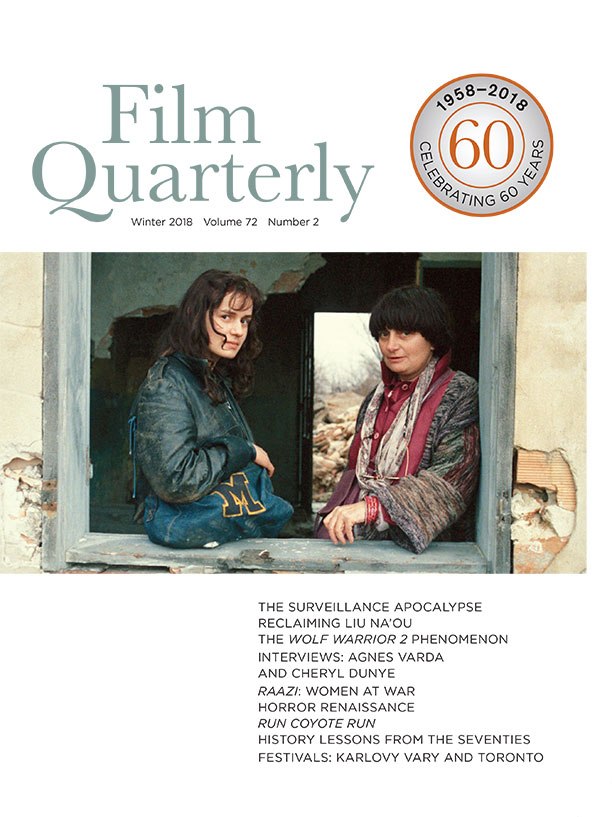 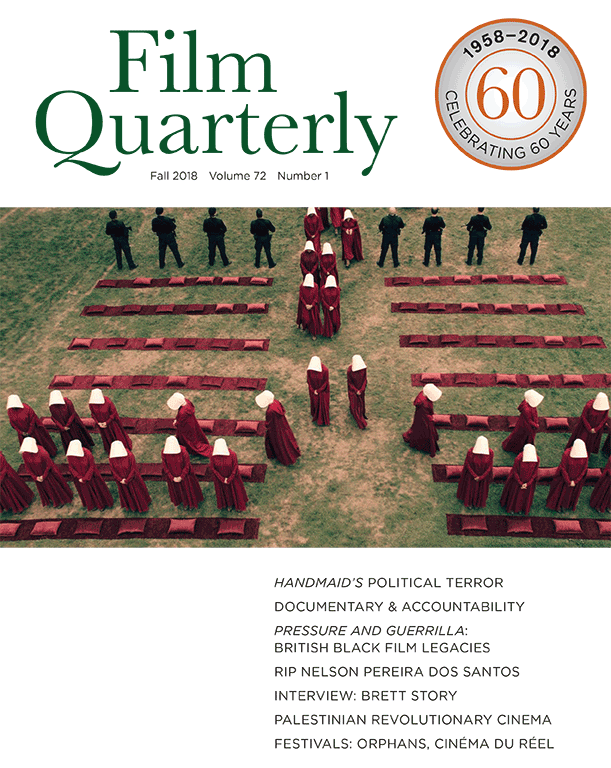 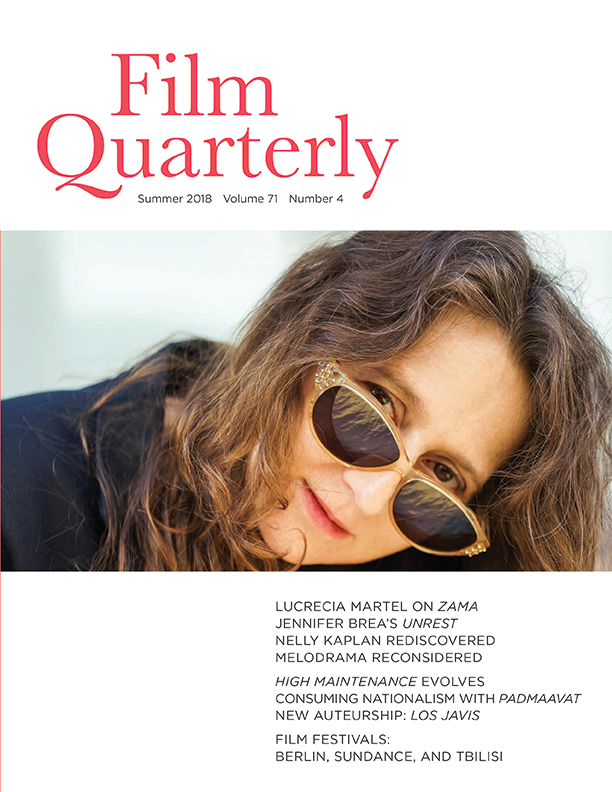 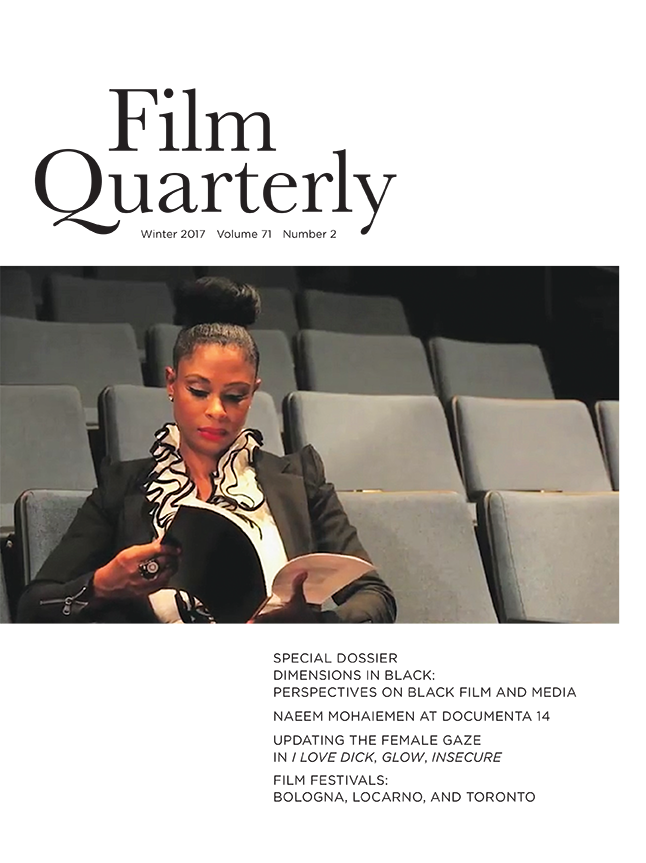 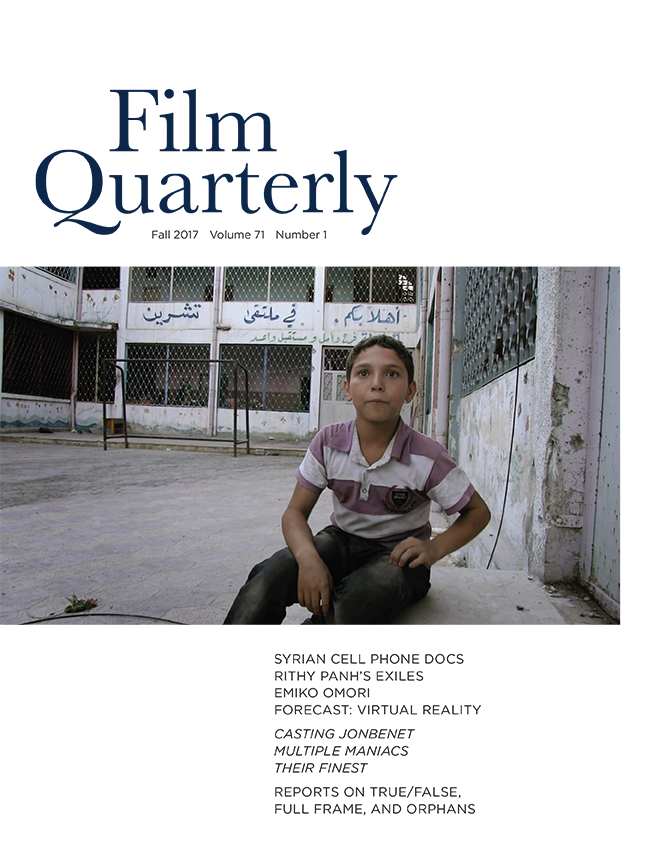 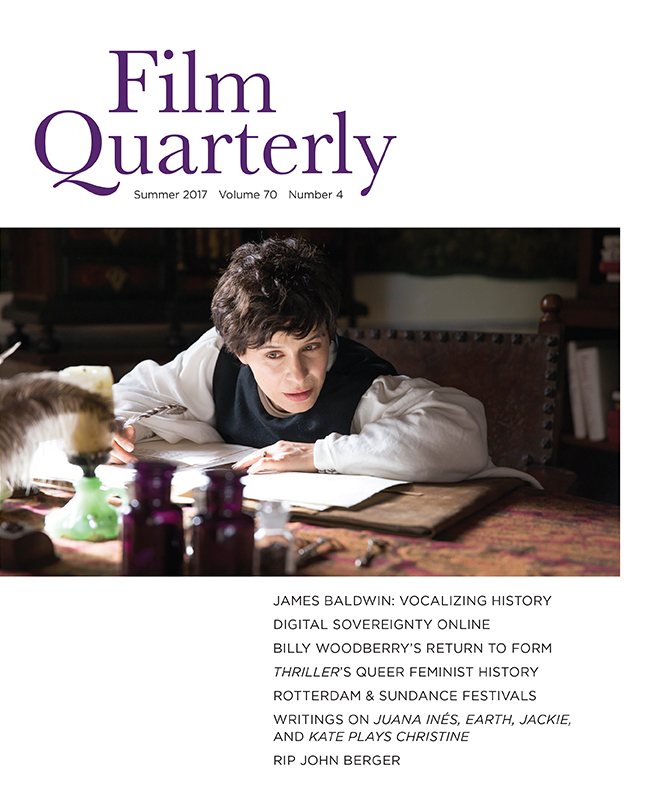 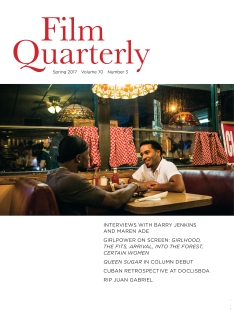 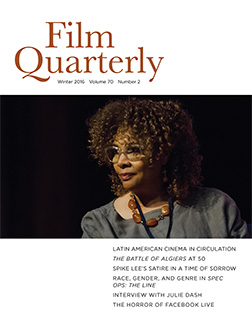 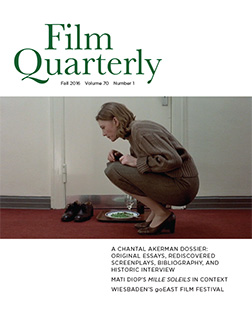 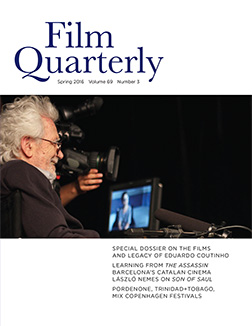 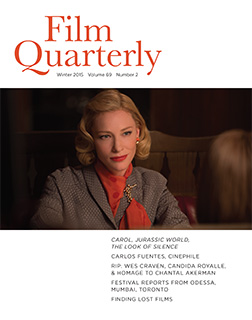 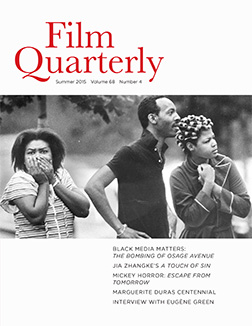