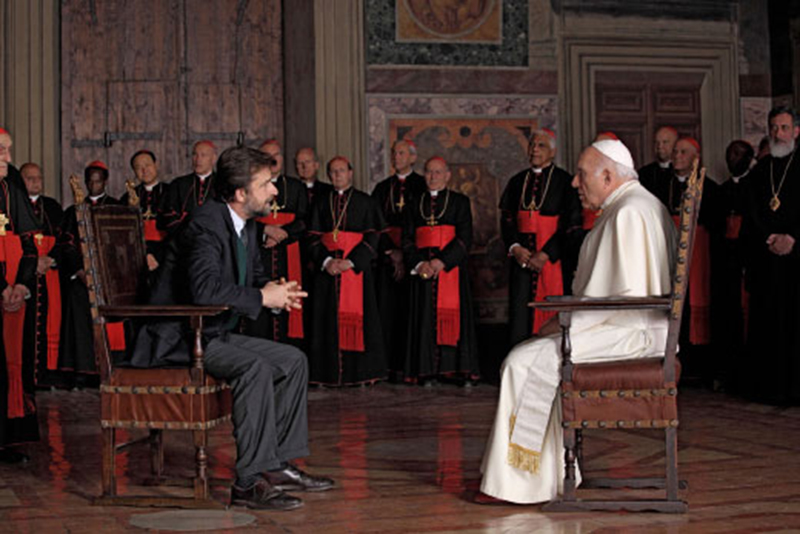 Every spring for the past ten years I have been visiting Turin in the spring to teach some seminars. With a bit of luck and good management I can make my visits coincide with May Day, which in Italy in general and Turin in particular is celebrated with proper ceremony and a sense of history. A long, slow procession files along the main thoroughfare, made even slower by the fact that by tradition pride of place is given to the last survivors of the partisan struggle of 1943–45, all now in their eighties. They are followed by marching bands, trade union delegations, and at the back, impatiently, the rag, tag, and bobtail of the dissident Left, chanting slogans and belting out assorted music on high-powered sound systems.

This year I came too late for the parade and instead found myself in the midst of a very different celebration, that of the 150th anniversary of the Corpo degli Alpini, founded in 1861 to defend the mountainous frontiers of the newly created Italian monarchy. The streets were now full of old soldiers in their trademark feathered caps singing a different repertory of songs, rather tunefully, at least until drink got the better of them as evening wore on. I took refuge in my hotel only to find the TV full of wall-to-wall coverage of the beatification of the late pope, John Paul II.

The beatification of deceased popes is not something I would normally give much thought to, although no doubt I should, given the enduring importance of the Catholic Church and its ceremonial even in this secular age. On this occasion, however, another event forced me to rethink my dismissive attitude. This was the release of Nanni Moretti’s new film, Habemus Papam, which I saw the following day. Habemus Papam is the story of a man elected pope but who has a breakdown and refuses to serve, and releasing it to coincide with the beatification must count as a political gesture on Moretti’s part, analogous to the release of his Berlusconi-themed The Caiman (Il caimano) in the middle of an election campaign in 2007. The Caiman, which I had also seen in Turin, was an overtly political film and had been greeted as such by a rapturous leftwing audience that also enjoyed a Q&A with the director on the same occasion. By contrast, other than in the choice of its release date, Habemus Papam does not seem to wear any politics on its sleeve or even under its tunic, and the screening I went to was sparsely attended.

Moretti’s reputation, ever since his first film I Am Self-Sufficient (Io sono un autarchico) in 1976, is as a voice for a surprisingly numerous demographic not just in Italy but throughout western Europe—the homeless progressive intelligentsia, equally ill at ease with the centrist political parties (think New Labour in Britain as well as Italy’s post-Communist Partito Democratico) and with the flag-wavers of the far Left. If members of that demographic were expecting a film dealing with the sorts of issues over which skeptical friends as well as out-and-out enemies of the Catholic Church regularly agonize—abortion, condoms, HIV, child abuse in respected institutions—disappointment was in store. Habemus Papam raises no recognizable sociopolitical or moral issues, especially not sexual. In its quiet way, however, it is a profoundly subversive film.

A pope has died. The assembled cardinals (all male of course and mostly white, but with a handful of African and south or east Asian faces) are in conclave, where they must remain until a successor has been chosen. None of the front runners is able to secure an absolute majority and the choice eventually falls on the mild-mannered Cardinal Melville, wonderfully played by Michel Piccoli. The famous white smoke arises from the chimney and the call goes out, “Habemus papam!”—“We have a pope!” The massed crowds in St. Peter’s Square stare up at the black void between the red curtains on the wall of the Vatican palace. But no pope appears to fill the void. Letting out a scream of “Non ce la faccio!”—“I can’t do it!”—Melville flees down the echoing corridors pursued by the assembled hierarchy. Nothing to worry about, is the initial response. A brief moment of stage fright and he will soon recover his nerve. The cardinals from Australasia announce they would like to pop out for a cappuccino, but this is forbidden. Everyone must stay where they are. Mobile phones are confiscated. (It is not clear where in their robes cardinals keep their cellphones but it would appear they all have them.) But Melville still can’t hack it. His body is limp, his face distraught. Spiritual consolation proving of no avail, the unusual step is taken of summoning a psychoanalyst (played by Moretti himself). This doesn’t work either, since the cardinals demand to sit in on the psychoanalytic session. The therapist suggests that although he himself is the best psychoanalyst in Rome, a peaceful session with his ex-wife, who he rates as second best, might be more productive. Melville is smuggled out of the Vatican. The psychoanalyst is forced to stay behind.

Melville evades his minders and goes on extended walk-about through the city. In a hotel he meets an actor who is having a breakdown of his own just before a premiere of Chekhov’s The Seagull. Melville, it turns out, is ready to act as his understudy, having always had a longing to be an actor and knowing the entire text off by heart. Disaster follows. The actor recovers his sanity and Melville is recaptured by the assembled Curia when he attends the premiere. Once again he is summoned to appear in the black void between the red curtains. He does so, only to inform the assembled faithful that he cannot perform the role to which he has been chosen.

Around this skeletal and somewhat farcical plot Moretti could have chosen to develop either a fierce political satire or a deep existential drama. But if there is satire, it is very light, and its target is as much the babble of the psychoanalysts as the Catholic Church in its pomp and glory. And if there is existential drama, it is more conveyed by Piccoli’s performance than by what the film offers him to work with. Meanwhile, there are various diversions, such as a volleyball tournament organized by the psychoanalyst to keep the assorted cardinals fit and in good spirits. Overall, in fact, Habemus Papam seems rather uncertain about its own direction. This is not the explicit uncertainty of Moretti’s earlier, essayistic films such as Dear Diary (1993) or Aprile (1998) where the first-person narrator shares with the audience his doubts about himself, the world at large, and the relationship between them. Rather it is as if the filmmaker had taken fright at the scale of the undertaking and the difficulty of finding a means to bring together subjective and objective, the intimate and the institutional, and the inevitable mixture of the sublime and the ridiculous inherent in the theme. I mean, who would want to be pope? To a skeptical mind it is all but unimaginable, and the more one tries to imagine it the more unimaginable it becomes. To want to be Berlusconi might be depraved, but the thought does not exceed the bounds of understanding. But to want to be pope, vicar of God on earth, spiritual father to millions, infallible in doctrine—and to want it when you had rather dream of playing Chekhov or eat a fresh donut in a bakery at dawn? To focus on this thought is to bring together the sublime and the absurd in an alarming combination. And that, I think, is the point of Moretti’s film.

Also showing in Turin when I was there was one of those quirky, small “art” films for which there just about seems to be a market, at least in Italy. Emidio Greco’s Notizie degli scavi, which translates as News from the Ruins, is the story of a eunuch in a harem, or, more exactly, of a rather clueless, overweight, semi-autistic man who acts as general domestic help in a discreet brothel in a suburb of Rome. Bullied by the madam, he is befriended by one of the girls, who takes him out to see the Roman ruins at Tivoli. Among the mutilated statues of castrated men and headless women (put that way the symbolism seems crude, but in the film it isn’t) he is gently coaxed out of his emotional isolation, not into an actual sexual relationship (that would be crude, and sentimental too), but into some form of self-awareness and ability to relate to others in a less abject way. The day I left Turin the film had just been moved from a small theater to a larger one. What hope it would have of some form of release in the English-speaking world, I do not know, but it deserves one.

Geoffrey Nowell-Smith is the author of Making Waves: New Cinemas of the 1960s (Continuum, 2007).