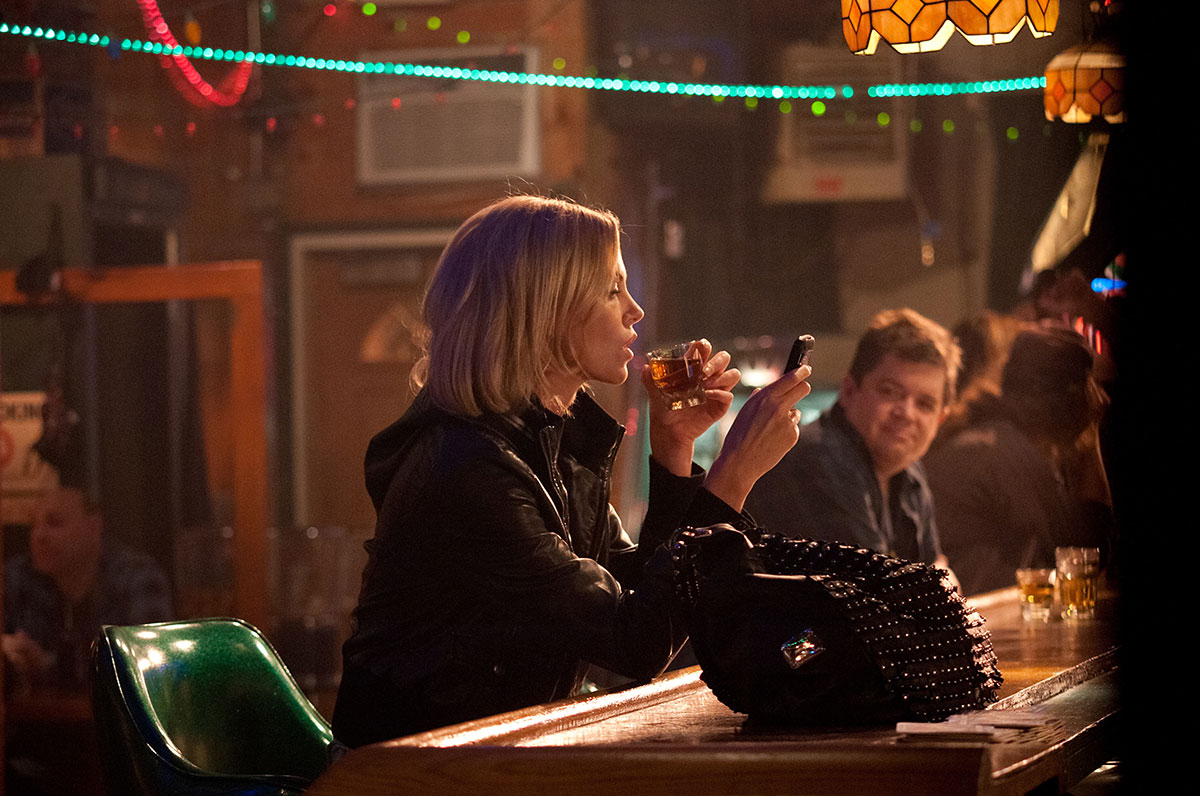 Just released on DVD, The Descendants, Alexander Payne’s long-awaited followup to Sideways, and Young Adult, a second collaboration between the writer–director team of Jason Reitman and Diablo Cody (who worked together on Juno), both present characters who travel at a time of personal crisis. Where do these journeys take a middle-aged father and a no-longer-young, hedonistic fiction writer? In the latest installment of his “Fisher Reviews” web-exclusive column, Mark Fisher argues that in their different ways both The Descendants and Young Adult forgo the feelgood factor. (The Descendants is released on DVD by Fox Searchlight, Young Adult by Paramount.)

The settings for the non-journeys in the two films couldn’t be more different. The Descendants is set in Hawaii, while Young Adult centers on Mercury, a nondescript Minnesota small town. In The Descendants, lawyer Matt King (George Clooney) takes a tour of the islands in an attempt to come to terms with the imminent death of his wife, Elizabeth (Patricia Hastie), who has been put into a coma by a powerboating accident. In Young Adult, Mavis Gary (Charlize Theron), a ghost writer of a failing series of books for the demographic that gives the film its title, travels from Minneapolis on a whim in a pathetic bid to rekindle a relationship with her now happily married teenage sweetheart, Buddy Slade (Patrick Wilson), who still lives in Mercury.

Comatose Elizabeth is the still center of The Descendants. Matt comes to recognize the poverty of his relationship with her at the same time as he is agonizing over a decision about a tract of unspoilt land on the island of Kaua’i which he controls through a family trust that is due to expire in seven years. The two stories converge when Matt finds out that Elizabeth was having an affair with a realtor who stands to benefit from the development of the land. King articulates his decision not to sell the land in terms of a desire to reconnect with his Hawaiian ancestors, but the film is more concerned with Matt’s reconnection with his two daughters. From being the “back-up” (as he says at one point), Matt assumes the role of sole parent, and The Descendants ends with the three of them relaxing in front of a film at home.

For all the big themes here—marriage, mortality, ancestry—The Descendants has an oddly inconsequential quality. After the initial revelations about Elizabeth’s infidelity, we don’t learn much of any significance. Certainly, we don’t learn too much about Matt, and neither does he: this is no journey of self-discovery. As Peter Bradshaw argued in his review in the Guardian, Matt is not a character who undergoes the kind of fictional crises that add to an impression of psychological depth: “this is an alpha male, wealthy, powerful and someone who, despite his supposed failings as a husband and father, is seen to behave well on screen and has a basic claim on our sympathies that is never seriously challenged by the action of the film.” The discontent which presumably led to Elizabeth’s infidelity is never seriously broached, leaving us to conclude that Elizabeth was selfish and hedonistic.

It’s as if The Descendants wants to be deflationary and uplifting at the same time. (The uncertain mood is reinforced by the strange specificity of the premise: a man whose wife is in a coma while he is deciding whether to sell inherited land—we can all relate to that, right?) Despite beginning with a moment of attempted demythologization, with Matt in voiceover rejecting the image of Hawaii as a paradise from which all suffering has been expunged, The Descendants ends up presenting, if not being swept away by, just the kind of sublime landscape views that contribute to the picturesque mythology of the islands. The film has a strangely muted quality, a curious air of pointlessness. It’s as if Payne couldn’t decide whether or not to subvert the clichéd idea of an “emotional journey.”

The Descendants. Courtesy of Fox Searchlight.

Young Adult definitely does want to undermine the idea, and it’s both more savage and more funny than The Descendants. It’s like a desublimated Sweet Home Alabama. While that 2002 Reese Witherspoon vehicle turned on the super-stark contrast between high-pressure New York high life and the restrictive-but-ultimately-nurturing country life down South, Young Adult’s horizons only extend as far as Minnesota. And while Mavis heads to Mercury with every intention of learning to love the virtues of small-town life, this is beyond her. From the start, it’s clear that no matter how discontented Mavis may be in the city, there’s neither revelation nor redemption to be discovered in the place where she grew up but which is no longer home. Nothing has changed in Mercury, except that it has become even more of a non-place than it ever was. Gary notes that the town has has “a KenTacoHut now”—Kentucky Fried Chicken, Taco Bell, Pizza Hut, all under one roof.

While The Descendants is disappointing by comparison with Payne’s earlier films, Young Adult is a marked improvement on Reitman’s previous collaboration with screenwriter Diablo Cody, Juno. Juno was a spellbindingly well-made but supremely irritating kludge of smartmouth sass and social conservatism. Teen life is still the focus in Young Adult. But instead of being seen through the eyes of an improbably articulate female (alleged) geek, the teen years this time are filtered through the alcohol-hazed memory of a former prom queen. The geek perspective is provided by “hate-crime guy” Matt Freehauf (Patton Oswalt), disabled since he was attacked as an adolescent for being gay (even though he isn’t).

Once divided by the teen pecking order, Matt and Mavis can now achieve a kind of camaraderie-in-misery: it’s not so much that things have evened out, as that Mavis’s life has slid toward the mordant disappointment and inertia which Matt has always taken for granted. His attempts to dissuade Mavis from the doomed and self-destructive quest to seduce the happily married Buddy naturally fail. Mavis’s hapless and ultimately half-hearted efforts at luring the baffled Buddy produce some moments of excruciating awkwardness—funny and unbearable in the manner of a Judd Apatow film. Theron brings a real tenderness to the role, extracting laughs at Mavis’s expense, but also eliciting sympathy (which is a real achievement given the character’s narcissism).

The humor can’t disguise the fact that Young Adult is an extremely bleak film. Mavis returns to the city with none of the impasses that prompted her journey resolved, only a few illusions destroyed. It’s not even as if the slightly smug life of Buddy and his annoyingly sweet and reasonable wife is held up as something to be envied. So at the end of Mavis’s non-journey, there’s a non-choice: between the cloying small-town family life which she can’t bear and can no longer even pretend she hankers for, and the diminishing returns of solitary depressive hedonism in the city.