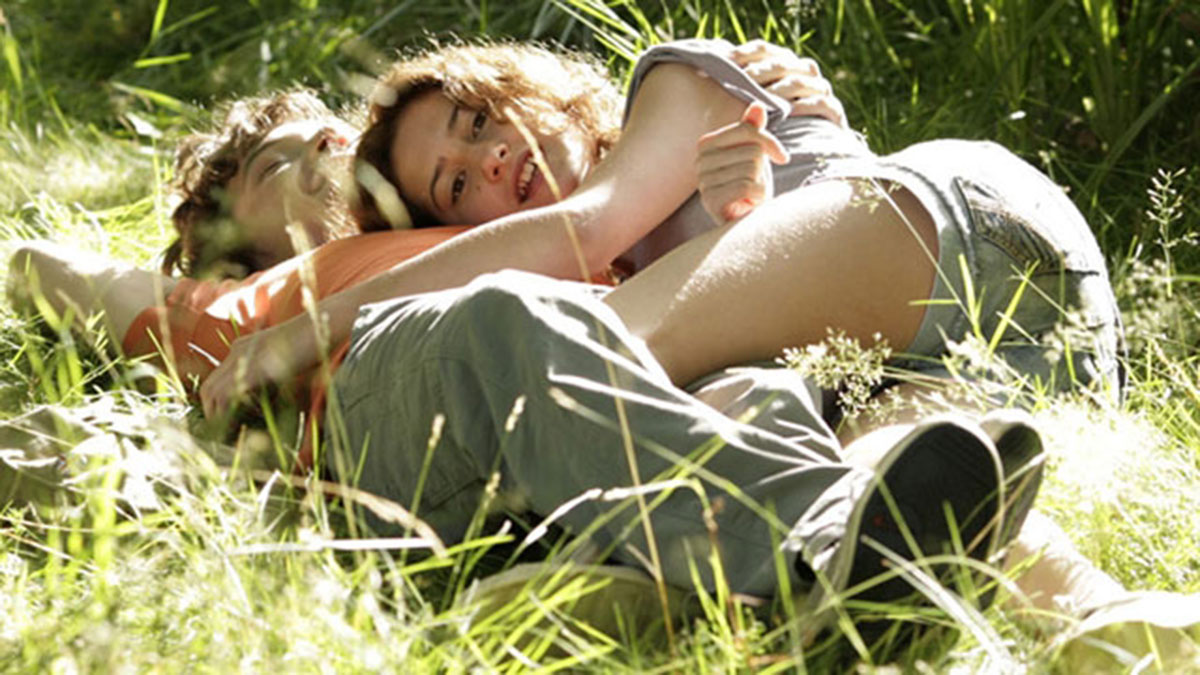 Shot in part at genuine locations from Mia Hansen-Løve’s youth—somewhat unphotogenic Paris neighborhoods and the Loire valley—Goodbye First Love is an emotional though not strictly factual version of how she got her start as a filmmaker in 2006. MEGAN RATNER reviews Goodbye First Love, incorporating material from an interview with the director conducted during last year’s New York Film Festival (September 30–October 16, 2011).  (Main photo: Carole Bethuel. Courtesy of IFC Films. A Sundance Selects release.)

The daughter of a philosophy professor and a translator, thirty-year-old Mia Hansen-Løve contributed to Cahiers du Cinéma and appeared in Late August, Early September (1998) and Sentimental Destinies (2000), both directed by Olivier Assayas (whom she subsequently married) before her own directorial debut. After the much-praised fictionalized biographies, All Is Forgiven (2007) and The Father of My Children (2009), Hansen-Løve has turned more directly to autobiography in Goodbye First Love.

Despite no shared characters or storylines, Hansen-Løve describes these films as a trilogy. Each grapples with different shades of mourning, perseverance, and self-realization. Though Goodbye First Love is chronologically the first in the series, its trickier subject matter benefits from Hansen-Løve’s accumulation of filmmaking experience, particularly her refusal to judge the Parisienne protagonist Camille (Lola Créton) for morally ambiguous choices. Nominally a chronicle of early romance, Goodbye First Love more importantly details the discovery and pursuit of a vocation.

Fifteen, ardent and serious, Camille loves Sullivan (Sebastian Urzendowsky), a college dropout eager to quit the city and travel. Before Sullivan leaves on an extended trip to South America, the couple spends a few passionate but fraught days at her family’s modestly idyllic place in Ardèche. Camille fails to persuade Sullivan to stay in France. After he departs, Camille slips into a deep funk, and eventually an attempted suicide. Visited by her family in the hospital, she’s encouraged by her father to “turn the page.” Returning to her studies, she begins to forge an identity.

She takes unchallenging work as a conference hostess and in a nightclub, each calling for little more than being female and attractive. By this time living with only her mother, her father having turned his own page, she complains of boredom. Then, slowly, she parlays an early fascination with a country house into a serious interest in architecture. In addition to her studies, she apprentices with Lorenz (Magne-Håvard Brekke), an older architect who is also her professor and becomes her lover. Then Sullivan reappears, complicating matters again. The conclusion is open-ended. Camille is, in the director’s words, “determined but not triumphant.” She is left “only with a kind of calm and resolve. These three films all culminate with a heroine who walks alone in the natural world and happy with herself.”

Sometimes tipping over into tentativeness, as in a scene where Camille strides through a building site in a hardhat, Goodbye First Love benefits from Hansen-Løve’s gift for ambiguity—for giving us characters that simultaneously charm and annoy. Camille’s initial pleading with Sullivan to stay, for example, is both understandable and exasperating, but believably juvenile.

As in her previous films, fathers either disappear (Camille’s) or are largely absent (Lorenz lives in Paris, separated from his wife and young son in Berlin). Hansen-Løve seemed somewhat perplexed by this inadvertent similarity. “There’s something in the films that’s about family matters, the sense of the father, of a void. Camille doesn’t cry because of her parents’ separation, but there is a sense of absence that has to do with the immense love she has for Sullivan.” And although Camille’s father is nearby, he is “an absence, empty,” at least somewhat compensated for by middle-aged Lorenz.

Unconventionally, no make-up is used on Créton to change her appearance as she ages in the story. A pixie haircut is the only overt change, the rest conveyed by subtle shifts in her expression and gait. She never seems exactly any age, only young. Using seasonal change and dates on scraps of paper, or Camille’s slightly more sophisticated clothes, Hansen-Løve shows not only time passing but also its nearly imperceptible toll. Despite the two romances, Hansen-Løve termed the scenes between affairs as “the very core of the film,” with Camille’s architecture studies a chance for the director to explore something new. “In effect, every film I do becomes an excuse for becoming absorbed by a discipline or in a world I don’t know very well.”

Hansen-Løve pays great attention to set design, the effect spaces that look lived-in and spare her a great deal of exposition. Covered in art postcards, the inside of Camille’s parents’ front door, for example, indicates their interests and Camille’s sophistication without laboring the point.

A sense of geographic dislocation is important in Goodbye First Love. The film moves in and out of Paris—to Ardèche at the beginning and end of the film, to Germany and Denmark in between. A European cosmopolitanism is conspicuous. (Her father was born and raised in Vienna and “gave me the consciousness of the beauty and importance of diverse cultures. I think the atmosphere of mingling cultures is part of me. I feel totally French, but I belong to more than cultural category.”) The film makes aural dislocations as well, the occasional (and all pre-existing) music drawn from English, Scottish, and South American sources. It’s all a deliberate way to open things up, Hansen-Løve says: “My musical choices are not redundant to the images. I’m interested in the reverse of a soundtrack, which closes you in. Instead of bringing you back into the film, I want the music to open the door to other things.”