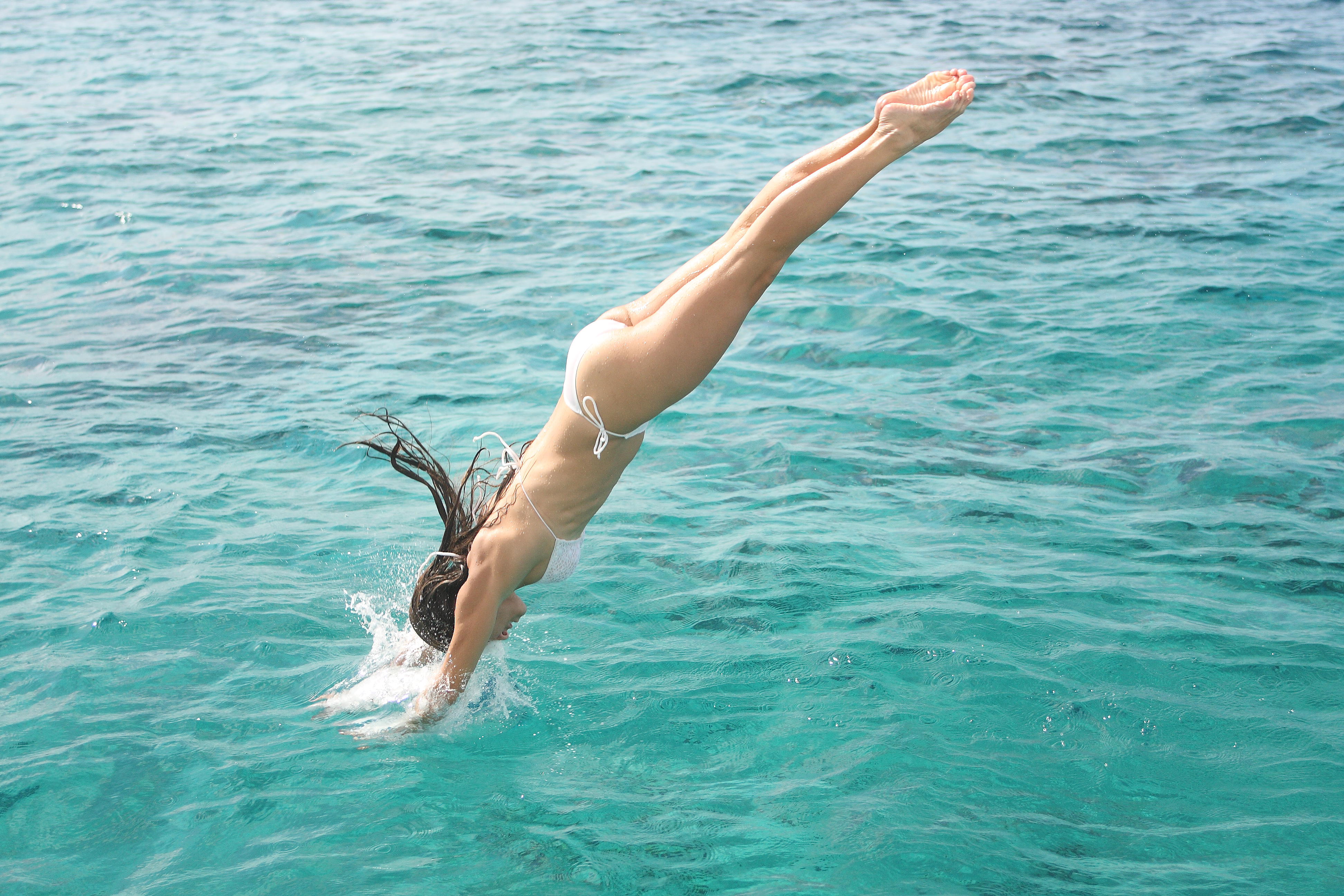 The Guadalajara International Film Festival takes place during March in Mexico’s second city, and it is one of the best places to survey Latin America’s thriving cinema. PAUL JULIAN SMITH reports on Windows to the Sea, the highlight film of this year’s edition (March 2–10) and looks back at last year’s biggest winner, The Prize.

The Guadalajara International Film Festival is perhaps the most important in Latin America. And with a wide selection of features, it is an invaluable weather vane for trends in the region. Yet there remains a status gap between an institution like the festival and distribution in the U.S. and Europe. This ensures that important works remain unseen outside their continent of origin. Such is the case for The Prize (El Premio), the first film by Paula Markovitch, which, after its victory in Guadalajara as best Mexican fiction film of 2011, lived up to its name and swept the boards at other Latin American festivals.

Pushing the envelope of what counts as “Mexican” cinema, The Prize boasts an Argentine director (albeit resident in Mexico) and Argentine cast, crew, and location: a bleak Atlantic shore where a young mother lives in a secluded seaside shack with her precocious daughter. The Prize’s minimal anecdote (the child plays in the sand dunes, sometimes accompanied by a schoolmate or dog) is matched by the bare technique which is now a lingua franca for festival favorites. We are thus treated to extended, unbroken takes of the windswept infant heroine facing the unforgiving ocean. In keeping with the now familiar tenets of Bazinian realism and Deleuzian time-image, Markovitch clearly believes it is enough to place nature before the camera and respect the unfolding of action in space and time.

But, as we slowly learn, the hidden motive of the mother’s exile is Argentina’s 1980s dictatorship (we assume the mother is a Leftist dissident). And the prize of the title is for an essay in praise of the military which the child, surreptitiously enrolled in a local school, is obliged by her teacher to pen. This premise of the child as unknowing witness to historical horror is well-known in Spanish-language cinema. Since Erice’s masterful The Spirit of the Beehive, there have been almost forty years of films from Spain on the theme. And 2011 brought, in addition to The Prize, contributions to the genre from as far apart as Buenos Aires and rural Colombia.

Yet, however familiar it is to Spanish speakers, the political premise will likely remain mysterious to English-speaking audiences of The Prize, lacking guidance within the film itself. And Markovitch veers latterly into melodrama, even providing a happy ending, albeit shown, characteristically, in extreme long shot. On the briefly peaceful shore the tiny figures of mother and daughter are joined by an unknown man, presumably the father who has been missing throughout the film, feared murdered by the regime.

The Prize’s bid for aesthetic distinction clearly succeeded for Ibero-American festival audiences (and juries). Its long takes, elliptical narrative, and rigorous rejection of visual pleasure are not simply artistic choices but rather social ones, intended to exclude the general audience that favors less austere fare. Although its unaesthetic aesthetic coincides with the most rigorous strand of transnational art cinema from Iran to Hungary, the political reference which rang true to post-dictatorship Latin American festival goers clearly traveled badly beyond the continent’s borders, where audiences were deprived of the chance to see The Prize.

Jesús Mario Lozano’s third feature Windows to the Sea (Ventanas al mar), shown in competition in Guadalajara this year, could hardly look more different. Shot in the lush location of Cozumel, an island off the coast of the Mayan Riviera, it boast sexy stars, familiar to the local public from Mexican television, and a relatively ample budget, which, far from The Prize’s determined stasis, permits spectacular aerial and underwater shots of tropical forests and coral reefs. A glamorous young couple have come to stay at the boutique hotel of the title, which (like The Prize’s shack) faces the ocean, although this time it is not the relentlessly gray South Atlantic but an intensely turquoise Caribbean. Lozano shoots his actors’ burnished flesh and gilded bodies with relish, often cutting in for tight, abstract close ups of tangled fingers or meshed limbs. Male lead Raúl Méndez, who noted on Twitter that he starred in no fewer than three of the features selected for the current competition in Guadalajara, is perhaps best known in Mexico for KM31, a rare horror film that won international distribution, and The Weaker Sex (El sexo débil), a telenovela on the decline of the Mexican macho, whose title refers not to women but to men.

As this last example suggests, there will be trouble in paradise. Méndez’s character hides a dark secret, as do the elderly Spanish couple they bump into at the intimate hotel. The wife has been diagnosed with an infirmity which soon will strip her of her memory. Meanwhile the husband is clearly himself in decline (we first see him near drowning in that inviting ocean). Far from simply lingering on sensual delight, Windows to the Sea thus becomes a moving meditation on aging. The alarmingly paunchy Guillén (who not so long ago, it seems, played the leading man in Almodóvar’s Women on the Verge of Nervous Breakdown) makes a pathetic stab at jogging down the island’s only road; and, in the film’s creepiest moment, investigates his young neighbors’ bed in their absence, sniffing the sheets and inspecting stray hairs. Similarly it is a shock to see López, still famous as a pioneer of frank female sexuality in Spanish film, as an ailing grandma, at once point literally washed up by the sea.

Windows to the Sea. Courtesy of Guadalajara International Film Festival.

If, then, The Prize tackles politics with art-movie reticence, Windows to the Sea addresses history with polished expertise, hiding its critique within the dazzling spectacle of sun and ocean. The older couple take a tour of the island’s pre-Hispanic ruins (the guide ruminates on lost Indian deities); and surely Guillén and López are here as resonant a ruin as any Mayan temple, overgrown with tropical foliage. And crucially they are of Spanish origin, as were the conquistadors whose momentous conquest of Mexico began (as the guide once more reminds us) on this very island.

But of course history is never wholly lost. Rather (as in Bazin or Deleuze, once more) time is concretized in space, unfolded in movement. The Mayan maids, first shown pliantly providing tourists with fresh towels, later voice a mordant commentary on the guests they serve, spoken in their own (subtitled) language. Likewise Lozano’s expertly smooth technique (the camera glides on tracks and soars on cranes) sometimes breaks up into the art movie that we glimpse lurking beneath the polished reflecting surfaces (there are many mirror shots).

Thus the pre-credits sequence shows a disorientating montage of beach fragments (drinks and hats, books and looks) to the accompaniment of an enigmatic poem in Spanish and Italian and the discordant strings of the elegantly disturbing soundtrack. It is not for nothing that Lozano is the director of a first film, Just Like That (Así) that was a formalist puzzle, with each shot lasting exactly thirty-two seconds. And, in what is finally a mood piece, the anecdote here is almost as minimalist as in The Prize: two couples meet up and simply set out to sea. Unlike Markovitch, Lozano does not even allow us the facile pleasure of a satisfying ending. Windows to the Sea is thus an expert example of what may well be a new genre: the art movie that does not see fit to turn its back on the general audience; or, what comes down to the same thing, the commercial feature that embraces artistic ambitions.

Lozano’s last sequence appeals to voiceover once more in a text that speaks of a final farewell to memory. What these two exceptional films, so different and yet so similar, reveal, however, is that on the beach, that most fragile and fluid of locations, past and present cannot be so easily separated, each drifting as they do imperceptibly in and out of the other.