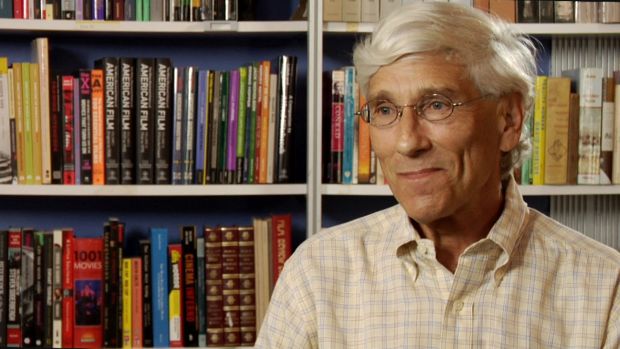 I’ve been thinking a lot about the phrase film culture and its mercurial meaning at a time when the art of the moving image is going through what may be its most profoundly transformational stage ever. What we used to call film now takes in a wide array of territories. Some are as expansive and communal as a Hollywood blockbuster beaming larger-than-life images into a teeming auditorium; others are as specialized and intensive as an avant-garde tone poem viewed on a smartphone screen. They all have genres, styles, trends, and tendencies of their own, and you find excellence, mediocrity, and trash at every point along the spectrum.

As a scholarly journal with the appearance, accessibility, and flexibility of a sophisticated magazine, Film Quarterly is ideally positioned to illuminate film culture in the largest sense, and as guest editor I’ve tried to build on its tradition of engaging with the history, theory, aesthetics, and politics of moving images in all their proliferating forms. I’ve had great help from the editorial board, a remarkable gathering of top-flight academics and critics, and from many of the contributing editors as well. And my longtime colleague B. Ruby Rich, who now takes over the editorial reins, hit the ground running, as anyone who knows her would have expected. Her unbounded energy and intelligence will serve Film Quarterly and its readers marvelously well.

Most of all I’ve benefited from the acuity, initiative, and creativity of the columnists and writers who have donated time, expertise, and hard work to these pages. Some are longtime Film Quarterly scribes whose names are familiar to regular readers, while others are friends and associates who generously accepted my invitations to pursue their interests and insights in essays, reviews, and interviews. Surely no other publication could surpass the sheer diversity of topics they have taken on over the past year. A partial list includes the paradigm-changing artistry of Laida Lertxundi and Susana de Sousa Dias; the underexplored subtleties of Christian Petzold’s Barbara, Steven Soderbergh’s Contagion, Shane Carruth’s Upstream Color, and Wes Anderson’s conflicted comedies; the ongoing fascination of Koji Wakamatsu’s pink films, Elio Petri’s class consciousness, and Jean Rouch’s ethnographic breakthroughs; the implications and ramifications of surveillance cinema as visualized in different ways by Amie Siegel, Sharon Lockhart, and Jane Gillooly on one hand, Tony Gilroy (The Bourne Legacy) and Len Wiseman (Total Recall, 2012) on the other; the astounding career of the Portuguese prodigy Manoel de Oliveira; and a great deal more. The opportunity to print a hitherto unpublished portion of François Truffaut’s epic tête-à-tête with Alfred Hitchcock, prepared and explicated by Hitchcock authority Sidney Gottlieb, was especially gratifying.

A few decades ago, Jean-Luc Godard was fond of saying that cinema was dead, even as he did more than almost anyone to keep it vigorously alive. Nowadays we hear such obituaries from many sources, and in a recent issue I noted some of the false premises that prop them up. Reports of cinema’s demise often stem from technological alarmism – a failure to recognize that while digital images aren’t film, they’re definitely cinema – and elegies for cinephilia and thoughtful movie reviewing tend to rest on nostalgia for the 1960s and 1970s, a golden age for cineliteracy but not a necessary model for our time. My year editing Film Quarterly has reaffirmed my faith in the present and future vitality of cinema and cinephilia. Ruby shares that confidence, and with her at the helm of Film Quarterly we can look for sensational developments in the continuing dialogue between critics, historians, and theorists and the film–and video and digital–culture we all love.