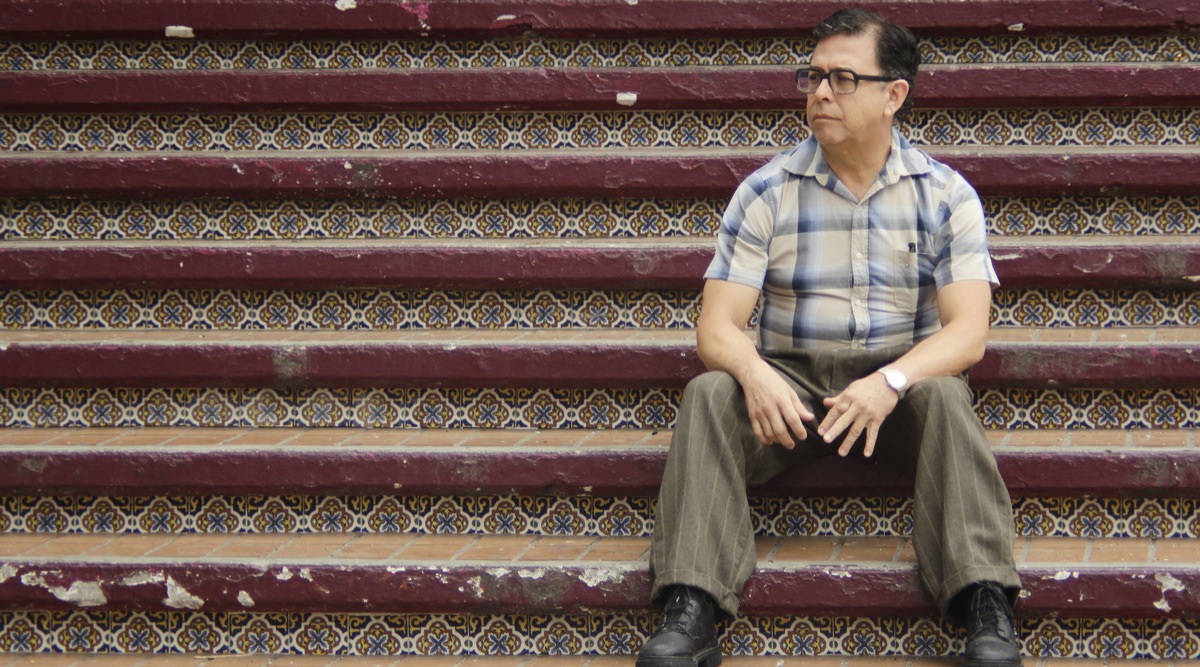 Eleven years after its launch, the Morelia International Film Festival (Festival Internacional de Cine de Morelia, FICM) is still Mexico’s most vibrant venue for both up-and-coming and established filmmakers. Positioned at the intersection of popularity and prestige, its competitive sections remain the most rigorous and widely respected in the country, while its inclusive programming features regional documentaries, archival gems, and star-studded productions. Mediating local, national, and global film trends and scenes, the FICM, as it is known, continues to energize cinema culture and is a resonant reminder of the vital role cinema plays in public life. During the 2013 edition, the presence of Chilean-born psycho-magician and cult director Alejandro Jodorowsky created widespread pandemonium, with hundreds of local students breaking through barricaded doors to crash his master class. Youthful exuberance is one of the festival’s main sources of pride: organizers were thrilled to report that, of all international film festivals, Morelia has the second-most followers on Twitter, surpassed only by Sundance.

The identity of FICM is intimately linked to that of its namesake locality, the beautiful colonial city of Morelia. Backed by the Government of the State of Michoacán, this event relies on both public funding and private sponsorship. Alejandro Ramírez Magaña, president of the festival, is also the CEO of Cinépolis, a giant multiplex chain founded in Morelia, now the fourth largest in the world. A noted public figure, Ramírez was recently recognized with a prize at the Telluride Film Festival for promoting “film as an agent of social change.” This complex nexus of relations is emblematic of how cinema in Mexico—a hybrid creature born of both private and public patronage—has operated in the last two decades. Narrative features, reliant on public grants and subsidies, are in many ways inseparable from the practices and discourses of the state. Film exhibition, in turn, depends largely on Cinépolis, owner of nearly 50 percent of the country’s screens, according to a recent study funded by UNESCO.1

Therefore, a discussion of cinema’s public role must ultimately address the shifting relations between politics and private enterprise in contemporary Mexico.

Because the Mexican film industry has reached record numbers in both output and audiences in the last two years, predicting the role that the industry will continue to play in public life was the object of many intense conversations at the festival. Amid the packed schedule of workshops, talks, and screenings, I managed to attend a panel discussion with Josè Luis Valle Gonzàlez (whose film Workers would win the narrative feature competition a few days later), animator Rita Basulto, and festival favorites Michel Franco and Fernando Eimbcke. Also at the table were the directors of the two record-breaking films of 2013, Gaz Alazraki (of the massively popular Nosotros los nobles (The Noble Family)) and television personality Eugenio Derbez, whose directorial debut Instructions Not Included (No se aceptan devoluciones) was immensely successful in both the United States and Mexico. The panel’s theme was “diversity,” but divisiveness closely shadowed the conversation. Sitting at opposite ends of the table, Alazraki and Valle Gonzàlez voiced contrasting opinions, the former an enthusiastic supporter of market forces and an enterprising spirit, the latter acerbically critical of structural inequality. Individual convictions aside, the panel illuminated how narrative filmmakers working in Mexico depend on the unstable alliance between the private and the public sectors to produce and circulate their works. They must cultivate personal relations, secure patronage, and obtain funding through a combination of government grants, private investment, the chance favor from distribution companies, and the philanthropy of Cinépolis. An industrial structure of meritocratic opportunity is far from a reality in this film industry.

During the panel discussion on diversity, Michel Franco—whose film After Lucía (Después de Lucía) won the “Un Certain Regard” prize at the 2012 Cannes Festival—was questioned on his appearance in a radio and television promotional campaign for the Felipe Calderón presidency (2006–2012). In the ad, Franco claims his prestigious prize for “all of Mexico,” as a voice-over states that the Calderón administration’s unprecedented support of the film industry is proof of the regime’s success as a whole. This blatant expression of propaganda, aligning a festival prize with patriotic rhetoric, reminiscent of a national authoritarian mode of publicity, scandalized the film community—particularly since state funds had been used for the entwined missions of promoting both Franco’s auteur persona and the president’s cultural agenda. The ad was broadly perceived as a breach of the film community’s ethos and identity as a critical sphere that provides a counterpoint to official culture, in spite of its reliance on public funding agencies. In response, Franco claimed that he would do anything to promote his own work. His reply was a crystalline reminder that cynicism is the central political affect of contemporary Mexico, where rampant corruption and impunity are part of everyday life. In this light, Franco is hardly Mexico’s most controversial filmmaker, but a symptom of its most conventional political culture.

Multiple conversations during the festival revealed a simmering unease about the perceived merger between political spectacle and media representation in Mexico under the Peña Nieto presidency (2012–). This malaise was amplified by the news that one of Mexico’s most highly regarded actors, Gael García Bernal, would be the main spokesperson in a million-peso tourism promotion campaign for the state of Nuevo Léon, funded by the notoriously corrupt PRI government of Rodrigo Medina de la Cruz. Like many filmmakers, García Bernal had been stridently critical of Peña Nieto’s campaign during the turbulent 2012 presidential race. In the tense months leading up to the election, red-carpet events at festivals served as crucial venues to express political solidarity with the student protests that condemned Peña Nieto’s perceived intimacy with Televisa, the country’s largest media conglomerate, and where the president’s wife was a well-known soap opera star. The purported collusion between Televisa and the PRI was also reported by The Guardian, which claimed that a secret television unit had been used to promote Peña Nieto, who won nonetheless in July 2012. García Bernal’s participation in the media apparatus was disconcerting because it revealed the lack of autonomy that this country’s contemporary movie-making culture has vis-à-vis federal and regional power, and the suturing of purportedly independent actors into the official public sphere.

How do cinematic narratives engage with these political transformations? How do they reformulate ethical questions in response to a broader social and cultural crisis? This year, at a time of renewed upheaval, questions of care and kinship proved central concerns for both fiction features and documentary works. Three such features screened as part of FICM’s Mexican Narrative Competition: Los insólitos peces gato (The Amazing Catfish, Claudia Sainte-Luce), La vida después (The Life After, David Pablos), and A los ojos (Through the Eyes, Victoria and Michel Franco), placed motherhood at the center of their inquiry. Unraveling plots with troubled single mothers—who were either terminally ill, in poor mental health, or perversely duplicitous—these films invoke the ethical urgencies of maternal melodramas. The striking presence of single parents with dubious care-taking capacities across multiple features (including the blockbusters The Noble Family and Instructions Not Included) suggests broader transformations in Mexico’s affective dynamics, as these characters interrogate emotional bonds and bring to the forefront questions of moral obligation.

A sense of the potential of cinema to reimagine social life and collective attachments was most vitally present in the documentary features, a form that year after year yields rich local elaborations and opens paths for indigenous filmmakers and women. A turn to the personal in documentaries explored moral uncertainties in ordinary existence and microspheres: the story of the winner of FICM’s documentary competition, El cuarto desnudo (The Naked Room, Nuria Ibáñez), unravels in the confines of a psychiatric hospital. The formally inventive Elevador (Elevator, Adrián Ortiz Maciél), which received honorary mention, focuses on the ups and downs of one of Mexico City’s most famous housing projects, through interviews with its elevator operators. The impeccably edited Lejanía (Apart) centers on the ways in which families both confront and normalize impunity, as director Pablo Tamez Sierra uses home-movie footage to excavate his own family secrets and suggest how the past is always open to interpretation.

Three accomplished documentaries on transgender identities interweave multiple perspectives as they emphasize a collective mode of address. The experimental Atempa—sueños a orillas del río (Atempa—Dreams by the River, Edson Jair Caballero Trujillo) brilliantly links the stories of muxes—Zapotec men who assume the identity of women—with regional political struggles in Oaxaca’s matriarchal communities. Oasis (Alejandro Cárdenas) documents diverse approaches to life and death and the organization of intimacy in an HIV-AIDS clinic located in the Yucatán peninsula. By exploring sexual alterity in indigenous groups, these two works dispute the dominant narrative of a gay culture that emanates from first-world urban centers to “peripheries.” Finally, Quebranto (Ruin, Roberto Fiesco) tells the story of two irresistible entertainers: a mother—Lilia Ortega—film extra and singer, and her transgender daughter Coral, who have for decades occupied both the spotlight and obscure margins of show business. The kaleidoscopic diversity in documentary production at FICM this year fulfilled the form’s potential to act as the site of consciousness, though not through proof-driven reality claims, grandiloquent rhetoric, or overt spectacle. Rather, it is in the tentative accounts of self and of marginal subjectivities that these documentaries profoundly engage the ethical.

Quebranto (Ruin, Roberto Fiesco) occupied the spotlight and the margins at FICM.

Aside from the state’s influence, cinema culture in Mexico faces important challenges: mainly, to secure the conditions under which film festivals can continue to exist. As FICM was winding down this year, a series of coordinated bomb explosions in gas stations and lighting plants caused three deaths and massive blackouts in the region. Newspaper headlines branded Michoacán “ungovernable” after these attacks—one more episode in the unrelenting conflict among local authorities, drug lords, and Mexican citizens. Violent disruptions to social life continue to occur daily in Mexico, in spite of major shifts in the government’s response to so-called “organized crime.” In this sense, the Morelia International Film Festival boldly recuperates film culture as a critical public sphere, and draws audiences into theaters and festival events as if to galvanize collective contestation against the status quo.

Paulina Suárez-Hesketh is a PhD student at NYU. She has an MA from the University of Chicago, and a BA from UNAM (Universidad Nacional Autónoma de México). Her research interests include Latin American cinema and modernity, popular film genres, and immigrant home movies.