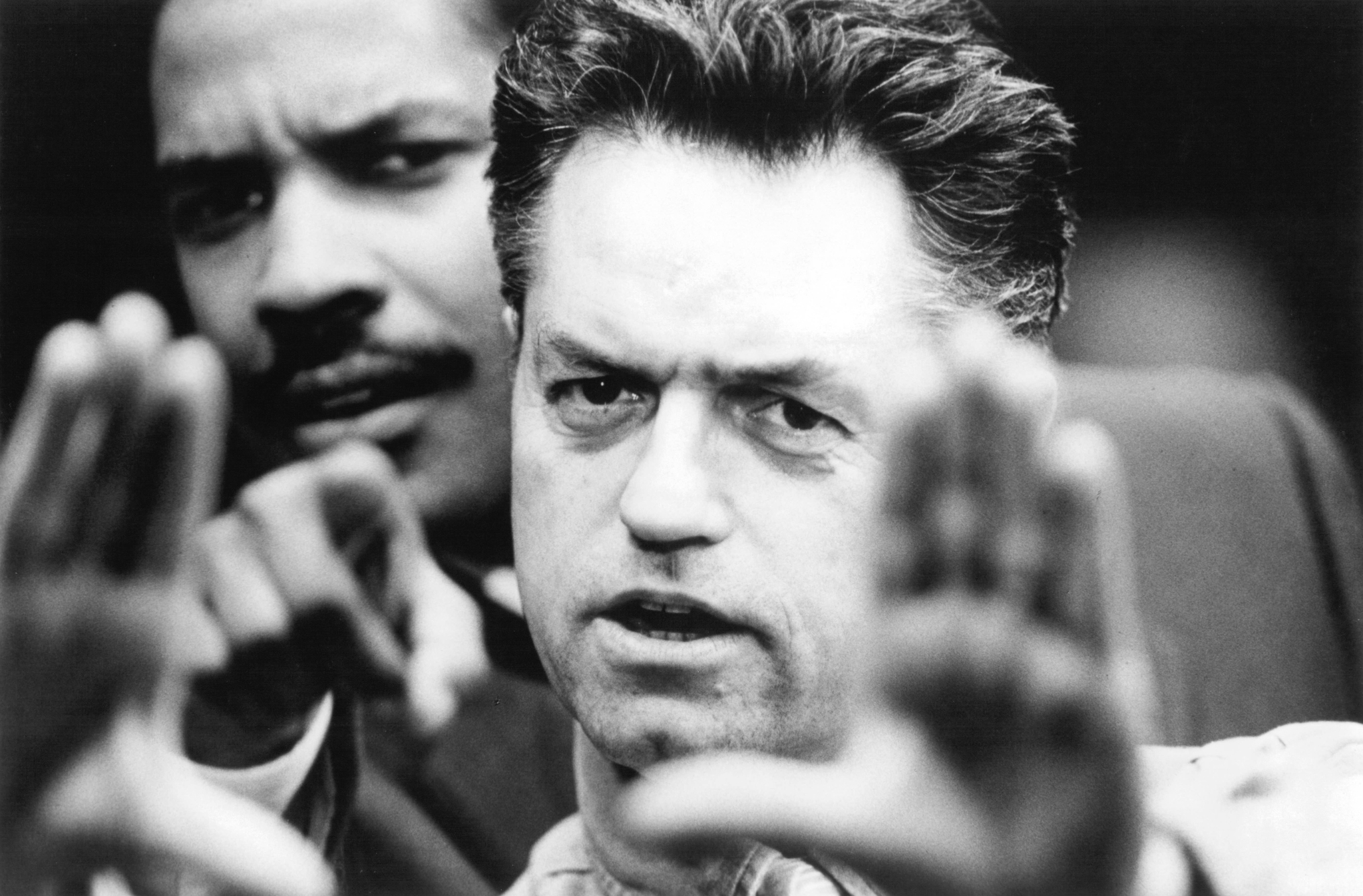 Jonathan Demme’s death has moved the film world. Jonathan Demme was a founding member of a cinematic generation. He started out with Roger Corman, then left Hollywood to go back East and hung his shingle in New York city at the exact moment when the independent film movement began.

His first feature Melvin and Howard was released in 1980 at the very moment that a new theatrical sector was opening up for his kind of movie. It’s hard to remember that the Talking Heads documentary, Stop Making Sense (1984) was made so soon after, accompanied by a music video, the “it” medium of the early 1980s.

The feature ushered in a new wave of music documentaries that insisted film could be a full partner to the music, not just the servant; he went on to make many films about kindred artistic spirits. He was in tune with his times, creating an oeuvre that crossed and recrossed the borderline between fiction and documentary, television and film, and mixing genres from romcom to thriller to social uplift. Always a New Yorker, he was beloved in his city.

Never an intellectual or theorist of his own work, he could be scorned as cinema-lite, yet the eulogies piling up reveal how universally beloved he was. FQ has always paid attention to Demme. Here are two articles from the FQ archives to mark his passing.

Mr. Dummar Goes to Town: An Analysis of Melvin and Howard

Jonathan Demme’s film Melvin and Howard is a work whose narrative is constructed around an event in contemporary American cultural history: the controversy over the estate of billionaire businessman Howard Hughes. Hughes died on board a private aircraft on April 5, 1976, apparently without having left a will to dispose of his monumental two-billion dollar fortune. On April 27, however, such a document mysteriously appeared on a cluttered desk in an office at the Mormon Church headquarters in Salt Lake City, Utah. Listed among the alleged beneficiaries (which included the Mormon Church, several universities, various ex-wives, relatives, and business associates) was a Utah gas station owner named Melvin Dummar, whose connection to the eccentric tycoon seemed inexplicable and unlikely.

. . . But what is ultimately interesting about the film is not its relation to the real, historical events, and it matters little what we finally decide about Melvin Dummar’s sincerity or dishonesty. Rather, what is compelling about Melvin and Howard is its focus on Dummar’s testimony as a “story,” as an anecdotal text, and what intrigues us is how Demme chooses to “read” those narrative events. For, be it fact or fiction, Dummar’s tale presents a striking vision of America, and provides a handy vehicle for Demme’s cultural and cinematic critiques.

With astonishing swiftness, the rock ‘n’ roll documentary—the “rockumentary,” if you will—developed a routine as predictable as the B western. D. A. Pennebaker’s epochal Don’t Look Back (1967) and Monterey Pop (1968) are the obvious prototypes, their makeshift mix of concert sequences, cinema vérité backstage passages, and color commentary by semi-articulate scene makers inspiring virtual Xeroxes from enterprising filmmaker/ groupies desperate for screen subject matter. Early on, the form attained a creative summit with the yin/yang dialectics of Woodstock (Michael Wadleigh, 1970) and Gimme Shelter (Albert Maysles, Charlotte Zwerin, David Maysles, 1971), but from there it was mostly downhill. Throughout the next decade, bands from Abba to Zappa put their acts on celluloid in what had become a cinematic analog to vanity publishing: Alice Cooper’s Welcome to My Nightmare (David Winter, 1975), AC/ DC’s Let There Be Rock (Eric Dionysius, Eric Mistler, 1980), Blue Oyster Cult and Black Sabbath’s Black and Blue (1981), or Paul McCartney’s Rockshow (1980). Well before the Rolling Stones lumbered forward with Let’s Spend the Night Together (Hal Ashby, 1982), the rock concert film looked as atrophied as the dinosaur talent it presented.

. . .Answering that and other musical questions is the Talking Heads’ Stop Making Sense, the My Dinner with Andre (Louis Malle, 1981) of rock documentaries. Cinematic style (director Jonathan Demme) defers to theatrical content (head Head David Byrne) in this deceptively modest record of the band’s dazzling 1983 stage show. “Presented” (without a trace of irony) by MTV and profiting mightily from its relentless pro­motion, Stop Making Sense revitalizes a dor­mant genre with the conservative prescription of a good product plainly packaged. For Demme, the playing’s the thing; this party’s simple. No crowd atmospherics, background filler, or filmic pyrotechnics deflect attention from the musical performance. Assuming an unobtrusive, best-seat-in-the-house vantage, he presents the Talking Heads at face value, cut to essentials in a very full 88-minute set. Demme’s directorial technique is so sparse and free of auteurist assertion that the New York Film Critics Circle refused to deem the effort a true documentary. (That’ll teach him to showcase the talent.) To be sure, the creative contribution of multi-hyphenate artist David Byrne is everywhere (design, lighting, sound, etc.), but whatever the correct categorization or accreditation, this is a rapturously entertaining musical feature because, above all, the Heads give great concert.