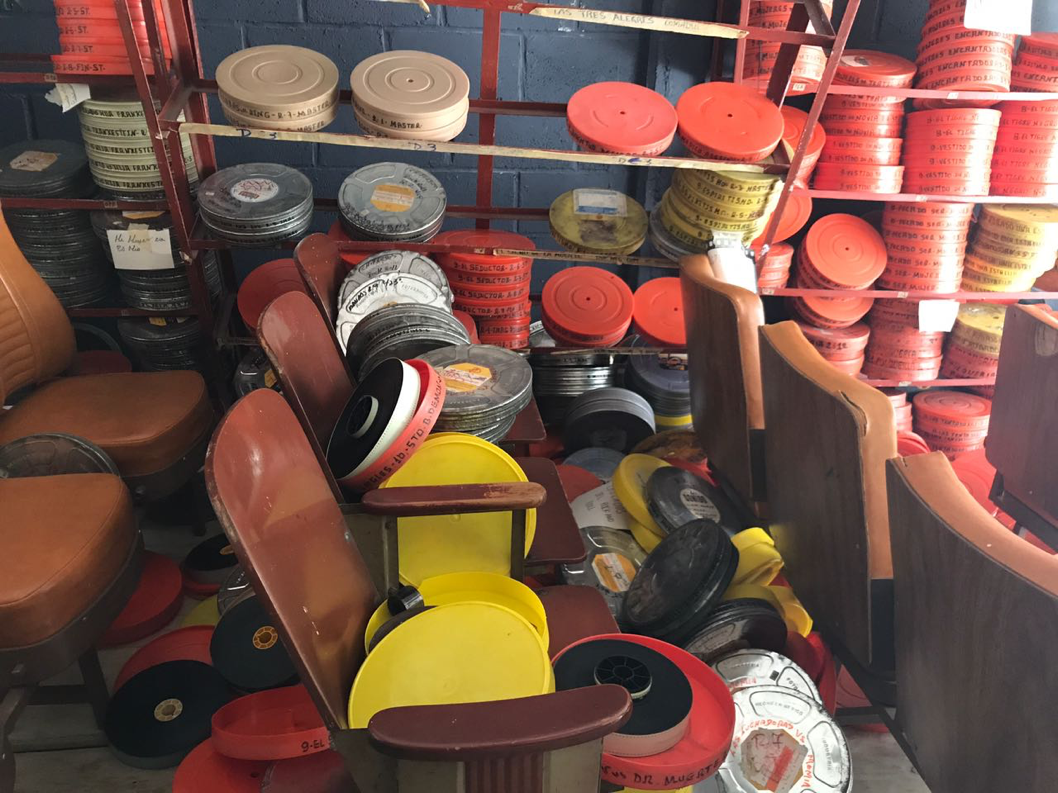 Saving the Archive: Mexico after the Earthquake

The earthquake of September 19 left me shaken but unharmed in my Mexico City hotel. Others were not so lucky. At the time of writing, two days later, the total is 233 dead and seven thousand homes destroyed. The fashionable neighborhoods of Roma and Condesa, favored by film folk, were badly affected. Outside the capital, in the states of Morelos and Puebla, the devastation was even worse.

Hard hit was the Permanencia Voluntaria Film Archive in Tepoztlán, an hour or so outside Mexico City. Granted the official title of “Magic Town” by the Mexican tourist authority, Tepoztlán, with its distinctive hills topped by an Aztec temple, will be familiar to art-cinema buffs from Post Tenebras Lux, which won Carlos Reygadas the best director prize at Cannes in 2012. The invaluable archive is dedicated to very neglected fare: the rich heritage of Mexican popular film, especially the unique genres of wrestling movies and fichera (showgirl) features. These are the kind of popular titles that the major public archives in the capital, the Cineteca and Filmoteca, are unlikely to cover adequately. And Permanencia Voluntaria is an initiative that is personal as well as scholarly: Viviana García Besne, the archive’s director, is the daughter of the family that produced pictures once dismissed as “the worst in Mexico” but now celebrated as an indispensable cultural expression of the country. In her own feature Perdida (Lost, 2012), García Besne movingly documented her quest for a lost heritage. Now it is once again in danger.

Typical materials held by Permanencia include a 16mm print of the sex comedy Mujeres encantadoras (Charming Women, 1958), which  screened to lucky filmgoers in the archive  building’s “microteatro” last year; posters of Santo contra Hombres Infernales (Santo vs. the Infernal Men, 1961), in honor of the centenary of Mexico’s greatest lucha libre wrestler; and the soundtrack of the original Bellas de noche (Beauties of the Night, 1975), whose namesake documentary on now elderly showgirls won awards this year (see my article in FQ).

All these fragile and precious materials are now threatened with extinction. The earthquake has shattered the second floor of the building, which cannot be entered, and a broken water pipe threatens the materials scattered across the floors. Engineers have already determined that the building can be restored. But the non-profit archive urgently requires funding to protect its unique holdings. The archives director has written an urgent appeal, which you can read here.

Mexicans have shown extraordinary generosity and solidarity after the tragedy of the earthquake. Cinephiles should imitate their example and contribute to save the Permanencia Voluntaria, a true archive of the people.

You can contribute directly to the rebuild fund via this gofundme campaign. And, by sharing this article with your networks. ¡Viva el cine!