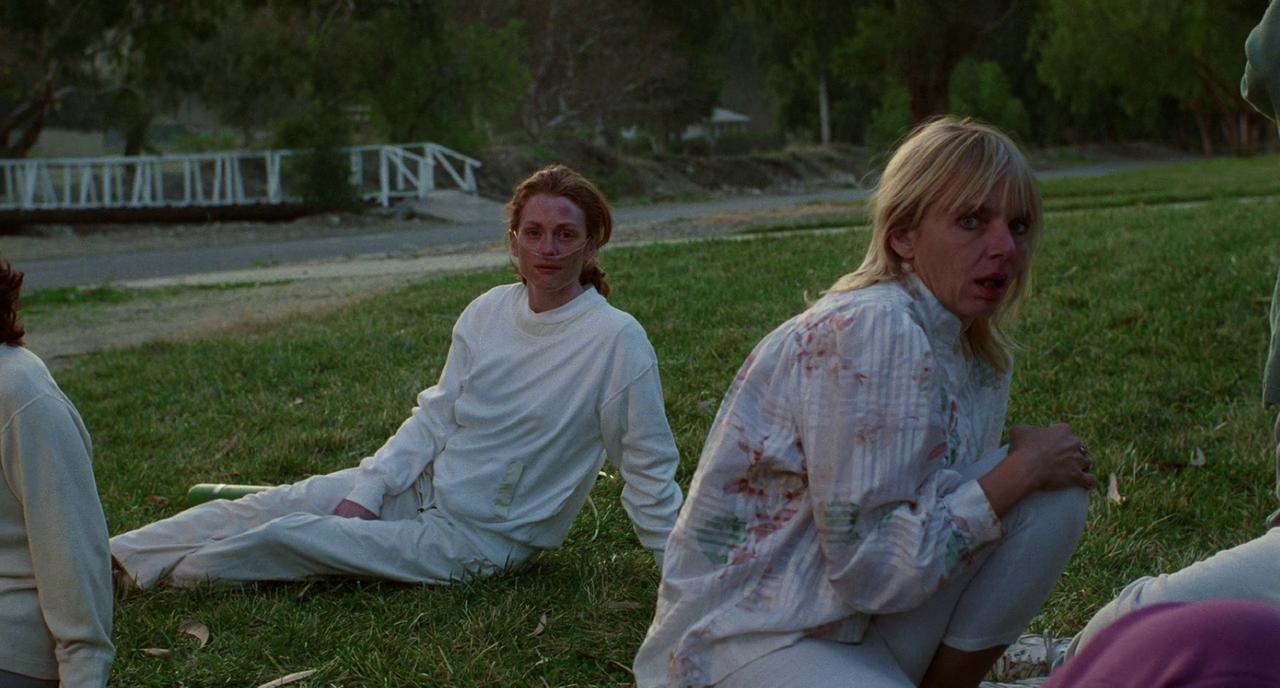 Editor’s Note: In his chillingly relevant article, Roddey Reid reads Safe as an allegory about public health discourses, in which “common-sense and (scientific or nonscientific) expertise …remain in strained and even antagonistic relationship. ” “UnSafe at Any Distance” describes an anxious spectatorial experience that mirrors that of the confused and distressed public today, with our knowledge of COVID-19 taking leaps forward and steps back with every passing week. — Marc Francis

After its screening at the Sundance film festival in January 1995 and its release later that summer, Todd Haynes’ Safe elicited much commentary by critics and film scholars on the film’s cinematographic techniques (few close-ups, many long takes) that distance spectators from the plight of the protagonist, Carol White, as she struggles with the increasingly horrifying symptoms of environmental illness, and thus render difficult, if not altogether impossible, sympathetic identification with her.  While this practice of stylized distance places Haynes within the tradition of independent cinema that has attempted to work against Hollywood’s manipulation of the process of viewers’ desire to identify with characters, many commentators fault Safe with either taking too little distance from its subject (the film remains captive of the Los Angeles suburban, white, upper-middle-class milieu it depicts) or too much (it is condescending, or worse, cruel, towards the heroine).