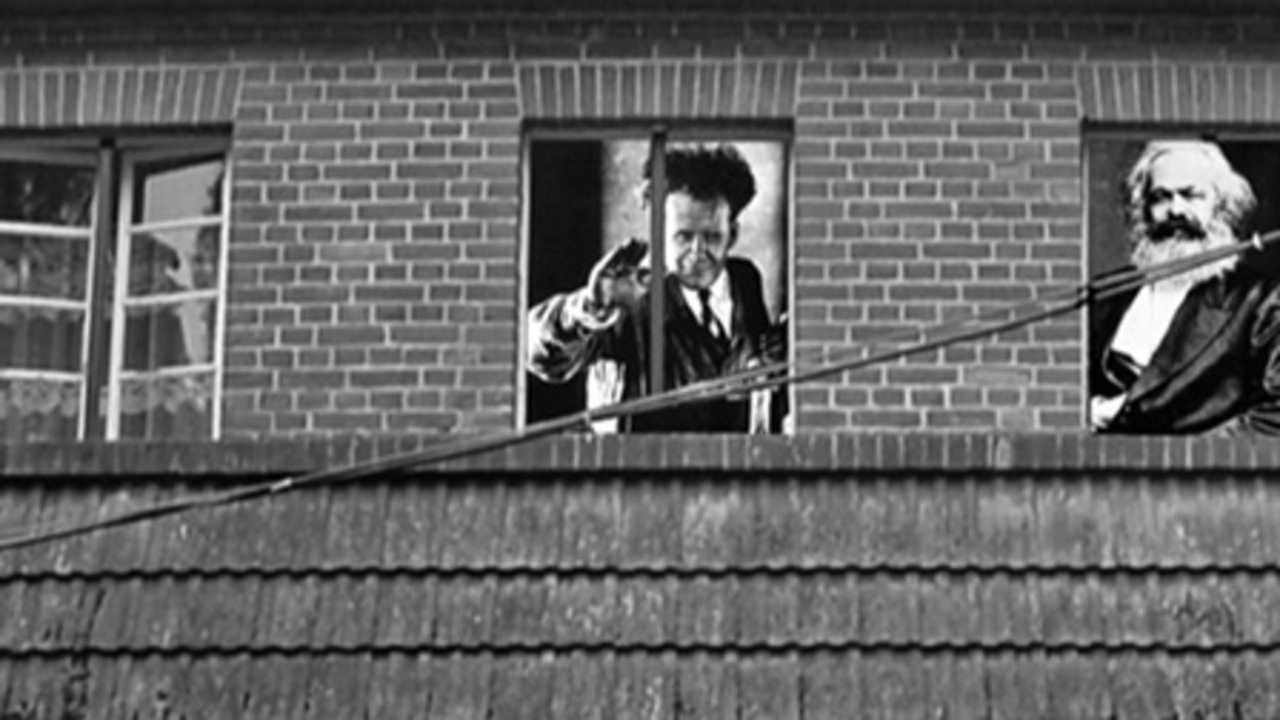 Editor’s Note: In the wake of the 2008 housing crisis, Jeff Kinkle and Alberto Toscano provided a filmography of economic crises past and present.  Their survey of cinema’s response to the impersonal complexities of financial capitalism invites readers in the time of COVID-19 to consider how cinema can give narrative and visual form to the current moment, because “representations of crisis need not be crises of representation.” — Nilo Couret

At one point in Alexander Kluge’s News from Ideological Antiquity: Marx — Eisenstein — Das Kapital (2008), the director quizzes the German essayist Hans-Magnus Enzensberger, born in 1929, on the images produced in that fateful year of the stock-market crash.  Enzensberger, who laments his own difficulties in writing lyric poetry on the economy, recalls newsreels showing the destruction of mountains of foodstuffs and commodities that could no longer find a market.  This emblem of capital’s irrationality was indeed used to great effect at the beginning of Joris Ivens’s tremendous fresco of Stalinist industrialization, Komsomol (1933).  Just a year before, it was precisely around the destruction of tons of coffee in Brazil that Bertolt Brecht and Slatan Dudow dramatized contrasting class perspectives on the crisis in the final scene of Kuhle Wampe (1932), in which a sample of Berlin social types, crammed in a crowded train carriage, voice their views on the vicissitudes of one commodity, coffee.  Were we to seek some emblems of the financial crisis that began in 2008, Kluge suggests, we could do worse than starting with an image of defaulting holders of subprime mortgages in the U.S., who simply left their keys behind and walked away from their foreclosed properties.  The disjunction between Brecht and Dudow’s staging of social conflict, and the vision of thousands of foreclosed home-owners engaging in a kind of reverse Gold Rush in the suburban sprawls of California and Florida, is indicative of the times.

Is the suggestions that we are suffering from a deficit of images and narratives of the crisis correct?  TV procedurals like Law and Order and CSI have been quick to incorporate foreclosures and economic stagnation into their storylines, contributing to the naturalization of economic calamity as the violently disruptive background of everyday life.  By contrast with its enduring attraction to images of social and environmental collapse, which may now double as allegories of economic crisis, mainstream U.S. cinema has produced few depictions of the unfolding process of crunches, defaults, and devaluations, and even fewer of these have been compelling.  Filmmakers have struggled to incorporate economic turmoil into their works without reverting to longstanding and ultimately comforting tropes: families reuniting to overcome hardship, the machismo and malevolence of stockbrokers, the corrosive power of greed.  Whether in fiction or documentary, the temptation has been not so much to dramatize as to personify systemic and impersonal phenomena, resolving widespread anxiety and hardship either into the simplistic identification of culprits or into the backdrop for the trials and tribulations of the nuclear family and the aspirational individual (a tendency also in evidence in recent apocalypse and catastrophe cinema).