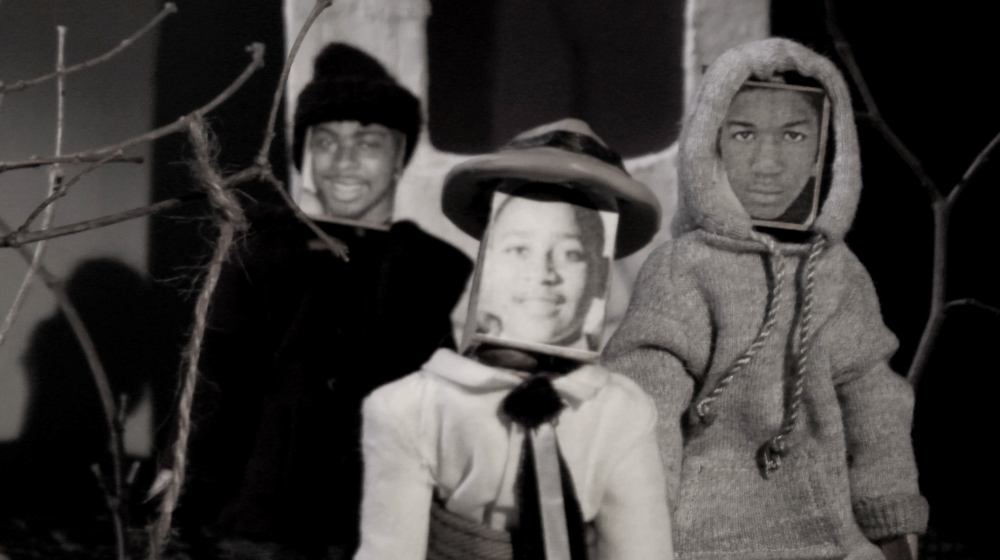 Editor’s Note: “To think through black death across the formal experimentation and critical capacities of this work is to contend with an enduring urgency, the precarity of black life.” Michael Boyce Gillespie concludes his exploration of black death in contemporary cinema with a reminder that resonates with a heart-thumping immediacy during these days of crisis, protest, and solidarity in opposition to “the violent injustice of African American deaths.” –Rebecca Prime

I’m interested in ways of seeing and imagining responses to terror in the varied and various ways that our Black lives are lived under occupation; ways that attest to the modalities of Black life lived in, as, under, and despite Black death.   — Christina Sharpe, In the Wake: On Blackness and Being

Christina Sharpe’s conception of “wake work” concentrates on how visual and expressive culture renders and contemplates death and the afterlife of slavery in black life.[1]  For Sharpe this entails a focus on how “literature, performance, and the visual culture observe and mediate this un/survival.”[2] Her assessment of existence “in the wake” as a critical positioning attends to the structural and affective with reference to a range of connotations including “the keeping watch with the dead, the path of a ship, a consequence of something, in the line of flight and/or sight, awakening, and consciousness.”[3] Sharpe’s work mobilizes new investments for the study of black death and the art of blackness.  With contemporary black film and video in mind, her work vitally suggests a shift of emphasis from the portrayal of horror to a concentration on how cinematic forms enact a critical and aesthetic resistances to the horror of antiblackness.

Black death in contemporary cinema requires understanding how film blackness always means provoking new entangled measures of the aesthetic, political, social, and cultural capacities of black visual and expressive culture.  As a result, the critical consequence of film blackness always entails issues of affect, narrativity, visual historiography, and genre/modalities.[4]  Black death, then, signifies both the violent injustice of African American deaths and the rendering of death in cinema.  Three short films by black women filmmakers represent an ever-growing archive of recent works that merit critical attention as they advance cinematic practices that point to new political philosophies and circuits of knowledge related to black death and film form. Taken together as a “cinema in the wake,” the three—Leila Weefur’s Dead Nigga BLVD (2015), Frances Bodomo’s Everybody Dies! (2016), and A. Sayeeda Clarke’s White (2011)—pose a range of formal propositions about black death that include animation, the racial grotesque, and speculative fiction.