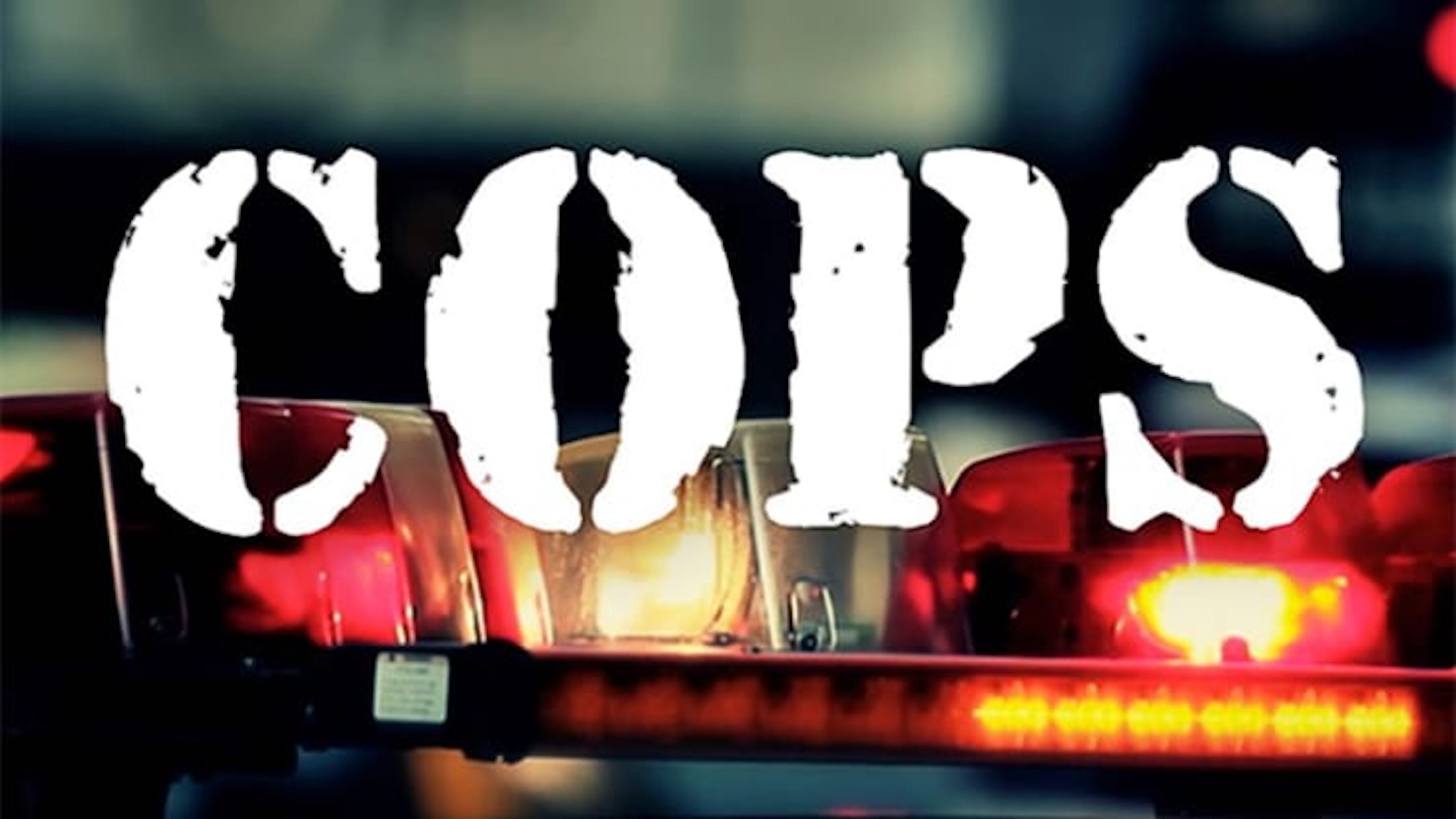 Two weeks and a day after Minneapolis police officers murdered a 46-year-old Black man named George Floyd accused of buying cigarettes with a counterfeit twenty-dollar bill, Paramount TV cancelled the iconic reality television series COPS (1990-2020). The announcement came amidst massive protests triggered by Floyd’s death and a growing chorus of voices calling to defund and abolish police departments. COPS had been a low-cost staple of US television culture for more than three decades, but now the packaging of police work in poor and BIPOC neighborhoods into commercial television entertainment had become grossly out of step with mounting criticism of racialized police violence. As corporations from Amazon to Netflix to Paramount TV’s parent company CBSViacom issued PR statements recognizing Black Lives Matter, evidently COPS stood out as a liability to the network and media conglomerate’s brand image.

The decision to pull the plug was applauded across media channels and social networks, with such predictable exceptions as Fox News and the right-wing blogosphere. From news articles to trending Twitter hashtags, commentators called out COPS for its pro-police perspective, ratings-driven formula, unethical filming practices, dehumanization of marginalized and disadvantaged populations, and overrepresentation of violent Black offenders. Previous attempts to problematize the show—including a campaign by the racial justice group Color of Change in 2013 to cancel the show and a podcast “Running from Cops” which in 2019 exposed the production process of turning police work into television content—gained new visibility. The proximity of Floyd’s death to the spotlight on COPS implicated the program in his killing and in countless other cases of racialized police brutality and homicide.

Let me be clear: This cancellation was not an overreaction. US reality television and policing have long been intertwined. They work together in the classification, surveillance, and control of disenfranchised poor, Black, and brown populations that are deemed by institutions of neoliberal racial capitalism to be “risky” and devoid of value. This judgement call extends beyond the representation of crime on screen to partnerships that merge cultural production and police work. When I learned that COPS been cancelled, I was relieved. That day, I posted the following comment on Facebook:

There is more to be said. The cultural lineage of COPS dates to prestigious documentaries originally aired on public television. This may come as a surprise, since COPS is now coded as unsophisticated and trashy. Frederick Wiseman’s Law and Order (1969) followed the Kansas City police department for National Educational Television, the precursor to PBS. Using the emerging techniques of direct cinema, it offered a window into a social world unfamiliar to the white upper-middle class audiences who caught the film on public television, or watched it in later years at an art house cinema or film festival. Film crews rode in patrol cars with mostly white police officers, capturing benign calls for assistance and more aggressive responses to street crime, prostitution, and robberies in the racially-segregated city. An infamous scene of a white detective using a chokehold on a Black sex worker epitomized the racialized police violence Wiseman caught on film. Even though this violence was not explicitly problematized, Law and Order was received as a “social problem” documentary motivated by a call for education and reform.

The Police Tapes (1976) documentary, also made for New York public television station WNET, followed police officers in the 44th Police Precinct of the South Bronx. Filmmakers Alan and Janice Raymond had been camera and sound crew on the 1971 PBS series An American Family, once billed as cinema verité but now widely considered the first reality TV show. Using new Portapack equipment, they structured Police Tapes by condensing three weeks of footage into ninety minutes of dramatic police action, with cops responding, often with brutal force, to gang activity, drugs, murder and a hostage situation against the backdrop of burnt out buildings and other symbols of urban decay. Observational footage of police wielding their power was interspersed with confessionals in which they admitted their mixed feelings about their jobs. At several points, the police chief makes connections between rising crime rates and systemic poverty and racism.

Police Tapes trained its lens on social problems in the hopes of fixing them. But it also pioneered some of the aesthetic techniques blamed on COPS. As the publicity for a 2015 screening at the Independent Film Center put it, without the “experimental video documentary” there would be “no gritty cop shows.”

When COPS debuted on the Fox network in 1989, a new war on crime was in full force. Harsh policing and sentencing policies targeted low-income people of color and the police force was militarized. Deep into the Reagan-Bush years, deregulation and privatization were touted as the best fixes for social ills; within this context, Fox pitched COPS as both raw entertainment and a new model of public service. Similar to America’s Most Wanted, which debuted a year earlier, COPS was situated as an extension of law enforcement and claimed to help carry out its mission. Police departments were given editorial control as well as a potent recruitment and training tool in exchange for free heroizing content. The presence of cameras and the opportunity to appear on TV encouraged officers to make more arrests. TV viewers were enlisted in the armchair surveillance of criminalized “others” in the name of safety and security. The television industry embraced the unscripted police show as an extremely cost-efficient new way to produce content.  Not everyone was appalled. In the early 1990s, COPS was nominated for four Emmy Awards.

COPS was the archetype for dozens of collaborations between reality television and real-world law enforcement. It was soon followed by Top Cops (USA, 1990-1996),  LAPD: Life on the Street (syndicated, 1995-1999), Police Women (2009-2013) and more. Cycling through endless reruns and looped across broadcast, cable, and YouTube channels, the show by now is etched in the cultural imaginary, even as the audience for new episodes has declined. Because some of the show’s 1000 plus episodes can be streamed on demand, I was recently able to watch segments of COPS recorded in Minneapolis, where I now live. The Minneapolis Police Department is one of more than 150 nationwide that have partnered with COPS over the years. Revisiting the cultural archive of this collaboration today was both difficult and infuriating.

Every half-hour episode of COPS follows the same formula. Hours of raw footage are condensed into three action-packed segments that run for six to seven minutes. The segments open with one or more police officers driving around in a patrol car, often talking about their jobs. Within minutes, a call comes in over the scanner or potential illegality is observed. The cops race to the scene and restrain the suspect as quickly as possible, usually by pinning them to the ground. Suspects are physically searched and swiftly handcuffed, while data on past warrants and arrests is collected. The police officers interrogate and often bully people in an attempt to get them to admit wrongdoing. The line between police work and performance is blurry to audiences accustomed to reality television’s tricks: the cops can seem like they’re playing versions of themselves based on Hollywood police characters or earlier episodes of COPS. The narrative arc usually ends with an arrest, implicated or real.

Segments shot in Minneapolis take place in the city’s poorest neighborhoods, which are disproportionately Black and brown. (Minneapolis is one of the most racially segregated cities in the United States.) The Third Police Precinct, which was burnt to the ground in the uprisings that followed George Floyd’s death, is prominently featured. Many (but not all) officers are white, and Black men who are assumed to be involved in drugs, thievery, assault, or “suspicious activities” are the main suspects.

Racialized police violence is on full display, undoubtedly intensified by the presence of TV crews hoping for usable material. In one segment, an unarmed Somali man is tasered for allegedly moving toward the first officer to respond to a call involving a dispute at a laundromat. They are at least 10 feet apart when this happens, and the alleged step is not recorded. The patrol car highlighted in the segment pulls up. There are soon three officers restraining and interrogating this man. He asks for a lawyer but the officers just make fun of him, pretending not to understand his accent. Eventually, one of the cops mentions that he hit his head on the concrete sidewalk when the force of the taser knocked him to the ground.  He also has blood on his shirt. An ambulance suddenly appears to take him to the hospital. “It’s just routine, he’ll be arrested when he’s checked out,” the cop assures someone outside the frame who obviously stands in for TV viewers at home.

Not the bad apple of reality television, COPS is the visible and now contested piece of a pattern.  The series shapes and is shaped by political rationalities that ask privileged white people to govern themselves through market logics of self-maximization and choice, whereas socio-economically disenfranchised people–especially BIPOC–are subjected to harsher modes of control. Reality television participates in this process by collaborating with policing in its multiple forms, from the private security firms in Mall Cops (TLC, 2010) to the border control operations in Homeland Security USA (ABC, 2009) and Border Security (National Geographic, 2012-2014). Transforming these operations into cultural commodities allows the producing entities to capitalize on racialized violence as captured in cultural form. The most disturbing new manifestation of this entanglement is the proliferation of reality shows set in prisons and jails. Production companies eager to capture raw footage of mass incarceration to repackage as entertainment for audiences have built shows around booking and incarceration (Inside American Jail, 2007-2017), and are donating and installing hidden cameras and body scanners that double as prison surveillance mechanisms as well as media production equipment (60 Days In, A&E, 2016-present).

Soon after COPS was cancelled, the A&E network ended its relationship with Live PD, one of its highest-rated programs. Combining the conventions of COPS with those of the televised sporting event, Live PD presents local policing live, while the host and law enforcement officials comment on the action taking place on screen from their position in a control room.

The year 2020 seems to be the moment of reckoning for reality television’s symbiotic relationship with the police. Will other shows that enable and extract value from the surveillance, forceful discipline, warehousing, and deaths of those members of the underclass and BIPOC who cross their path really be cancelled? I hope so, because however packaged these reality shows are understood to be, they participate in racialized police violence, with real and terrible consequences.

What about “quality” series like Flint Town (Netflix, 2018) which embeds filmmakers with police officers in Flint, Michigan, or the legitimated police documentaries that predated reality television? In light of current events, these cultural texts certainly warrant discussion in media studies courses and scholarship and in public culture. Is the documentation and presentation of police work as content for audiences ever really justified, and if so, for what reason?

In the end, cancel culture can be a double-edged sword. Decisions made in the interests of corporate social responsibility can be right and satisfying in the moment, but they can also censor oppositional ideas and cultures while claiming to appease injustices that far exceed the scope of any particular TV show. What needs to be cancelled is not one show but the entire regime of neoliberal racial capitalism that authorizes media corporations to make unilateral decisions about television culture, including the multi-decade decision to allow shows like COPS to proliferate.