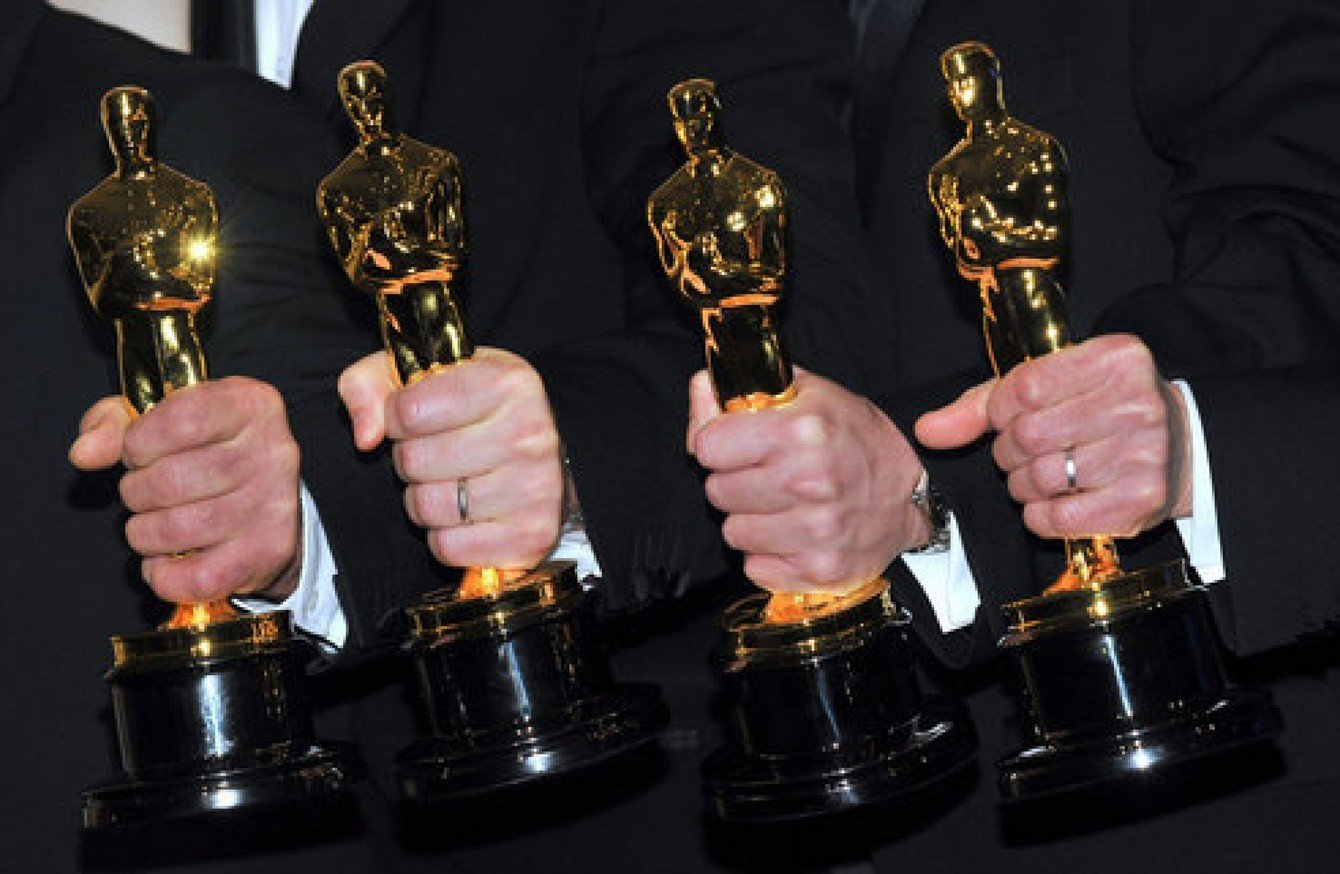 The immediate backlash against the Oscars’ new diversity criteria for Best Picture nominees ran the gamut from hysterical outrage on the right—with Kirstie Alley tweeting that the proposed rules are “dictatorial” and will inhibit the filmmaker’s “freedom of UNBRIDLED artistry”—to exhausted eye-rolling among anti-racist advocates who emphasized how little these “tepid” yardsticks will actually change.

By 2024, Best Picture contenders will have to fulfill two of four criteria for “representation and inclusion” to meet the Academy’s eligibility standards. In fact, the rules are so flimsy and vague that nearly any film with Oscar ambitions could find a way to fit the bill. For example, “Standard B: Creative Leadership and Project Team,” would give diversity credit to a film with a white male director, producer, editor, cinematographer, writers (and so forth) if it also has a female hair stylist and makeup artist. (Women have not historically struggled for inclusion in these roles.) There’s also no accounting for content. A shot-for-shot remake of a Nazi propaganda documentary could be branded as “inclusive” with the strategic hiring of a few female and/or BIPOC costume designers. Indeed, Triumph of the Will would have sailed through category B because of its female director, Leni Riefenstahl, had Nazi Germany adopted similar diversity standards.

Some of the most notoriously racist films in American screen history could easily satisfy the new “Standard A: On-Screen Representation, Themes and Narratives,” which merely requires that a film’s actors or subject matter promote the visibility of an underrepresented group, as if “visibility” were inherently positive. Therefore, D.W. Griffith’s white supremacist apologia for the antebellum South, The Birth of a Nation, which instrumentally fueled the violent resurgence of the Ku Klux Klan, would appease Category A because its “main storyline / subject matter” do represent Black and “mulatto” characters, although they are played as broad caricatures by white actors in blackface. (Bonus points if the makeup artist who applied the burnt cork was a woman!) Likewise, Song of the South, which Disney has hidden in the vault for decades because of its offensive minstrelsy stereotypes and explicit glorification of plantation slavery, would breeze through Category A since it features a Black actor in a leading role, James Baskett as Uncle Remus (who died before he could receive his own Honorary Academy Award in 1948).

If Mickey Rooney’s yellow-face disgrace as Mr. Yunioshi would have pushed Breakfast at Tiffany’s over the color line in 1961, according to the Academy’s concept of representation and inclusion, then clearly recent flashpoints for #OscarsSoWhite protests, such as Green Book (2018), La La Land (2017), and The Help (2011), would ace the new diversity checklists. These criteria ignore powerful criticisms that the industry voraciously appropriates black stories and then contorts them into clichéd, self-congratulatory tales about white saviors—who, for instance, rescue Black women from Jim Crow racism or who purify jazz music cleansed of African-American identity. “Film and television have always been contested and negotiated endeavors,” writes Racquel Gates on The Problem With ‘Anti-Racist’ Movie Lists, “histories that society is doomed to repeat because white people refuse to sit with the discomfort and complexity of its past.” Diversity and inclusion checklists, like anti-racist movie lists, are devised to placate the racial anxieties behind an implied white gaze (at the behest of an old-fogey directorate), while whitewashing the entrenched legacies of systemic racism and white supremacy that film storytelling itself too often perpetuates.

As long as films like Dunkirk can clear the bar by employing a Japanese art director while marketing to audiences of color on Facebook (as per Category D: “Audience Development”), the new standards will do little to foster Black artists and other BIPOC voices whose films have been repeatedly denied institutional recognition by the Academy. (Notable 2020 snubs for Best Picture included Jordan Peele’s Us, Boots Riley’s Sorry To Bother You, Chinonye Chukwu’s Clemency, and Mati Diop’s Atlantics.) They will also not change the reality that still in 2020, 84% of the Academy’s voting members are white and 68% male—which itself is a vast improvement from 2014, when it was 94% white, 76% male, and the average voting member was 63 years old.

Simply put, these diversity indulgences are largely a publicity stunt. Their main impact will probably be to scandalize the right and inflame conspiratorial paranoia about “reverse-racism,” the suppression of artistic freedom, and so forth. Beyond that, they’ll be used to exonerate future nominees from accusations of discrimination while providing cover for the Academy itself.

The old ideal of Hollywood’s fantasy of universality is that a good motion picture should be appealing to everyone and offensive to no one. But with the fragmentation of niche viewing markets (via internet streaming platforms), the democratization of access to filmmaking tools and equipment, and the exposure of claims to “universality” as justifications for centering whiteness, those dual objectives of broad appeal and avoidance of controversy no longer hold water. “Any man today can lay claim to being filmed,” wrote Walter Benjamin in 1935, emphasizing the double-edged sword of modern mass media, which can turn on a dime between egalitarian participation and aestheticized fascism. Any person (with a smartphone) today can now lay claim to the tools of filmmaking—and many, extremely talented artists of color, women, and LGBTQ+ people are passionately doing so, despite Hollywood’s continued inequity of opportunity and resources. But greater diversity of basic access to the means of production will not equate to anti-racist or anti-sexist ends, so long as the industry gatekeepers can ruthlessly monetize identity-based difference to exploit its niche markets while watering down the inclusion criteria for award recognition to a Titanic-length menu of options.

This is the fundamental contradiction of Hollywood’s whole model, which thrives on heterogeneity, but can’t seem to shake its old aspirations to exemplarity and universalism. The Oscars (even more than the Golden Globes) are fancy, buzzworthy, seductive holdovers from the bygone days of being able to proclaim superlative merit from among an extremely narrow pool of normative candidates. In spite of all, viewers still want the Best Picture Oscar to mean something, to be a totem of universal recognition in an otherwise violently divided and socially fragmented world.

The Academy is trying to hedge its bets by appealing to no one and becoming offensive to everyone. Its contradictory backlash reveals the extent to which cultural echo chambers today can only be bridged by mutual scandal but never by ideological consensus. The new rules signified dictatorial overreach to the right and meaningless tokenism to the left. “We used to mock the Commies for doing things like this,” bloviated Mark Steyn on Fox News, warning of “the death of the arts.” A communist reader of Benjamin’s “Work of Art” essay, in contrast, would see this superficial checklist as an “aestheticization of politics,” which is a slippery slope to fascism (the Nazis also had lists).

Sara Ahmed, in her crucial critique of higher education, On Being Included: Racism and Diversity in Institutional Life, describes “diversity” as a “movable quality” and a deceptive “container.” To proclaim one’s constituent body as “diverse” (whether a faculty body, student body, administrative body, etc.) is a way of signaling moral virtue and aesthetic value while presenting a false unity—as if a body could be “unified in its diversity.” As Ahmed notes, the claim to “diversity” is often belied by cold-hard numbers and verifiable statistics of minority representation.

The Academy’s lazy language games devilishly outmaneuver their own promise to put their money where their mouth is, because who could fail at meeting such a low bar? When the virtue of inclusion can be written off by hiring a female paid intern—or even hypothetically by casting white actors in a blackface reboot of The Clansman (unlikely, but not excluded by the stated criteria)—the policy itself is the scandal, and the outcome already a disappointing fait accompli. But is anyone really surprised? The Oscars originated in 1929 as a studio ploy to discourage actors and industry workers from forming trade unions—by valorizing their labor as “art” rather than doing away with predatory contracts, grueling labor conditions, and unequal pay.

Instead of quantifying slapdash inclusiveness, the Academy should invest real material resources to promote and empower radical artists who will help shape new cultural narratives that might even shepherd the world out of its current apocalyptic gridlock.