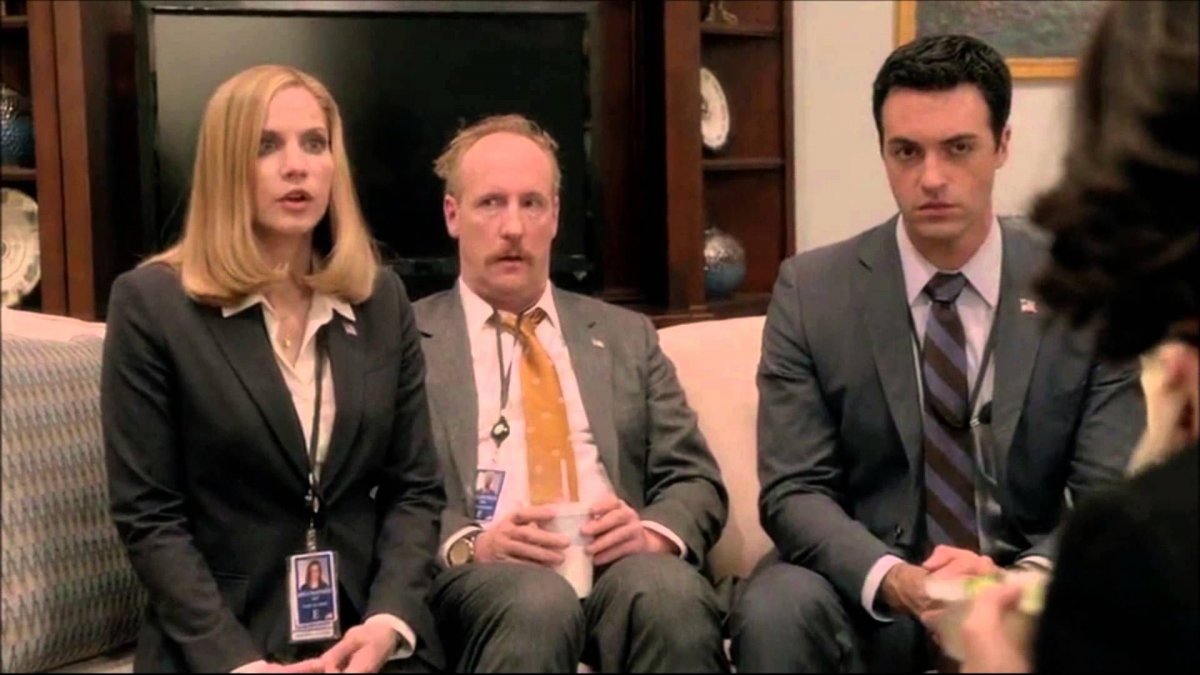 Upon leaving office, did Trump really ask the FBI to declassify documents pertaining to the 2016 election investigation? Fine, I’d say, as long as they also release information on the subsequent counter-counter-intelligence investigation—the hollow investigation into the investigation—that his former Attorney General William Barr and Barr’s very Special Counsel John Durham launched in 2019. If the The Mueller Report reads like a spy thriller, this report would read like a spy parody, recounting the idiotic behind-the-scenes and even global ploys of our now thankfully departed Mad Ex-President and his band of loyal crooks.

I am definitely not a filmmaker, but if I were, I would approach this joke of an investigation as one of many perfect microcosms for the Trump regime as a whole. The case embodies so much: a desperate effort to elevate conspiracy theories about an anti-Trump “Deep State” (nowadays drawn from QAnon posts); a shameless ploy to distract from their deplorable (yes, I said “deplorable”) crimes, turning defensive strategy into an implausibly offensive one; a fascist attempt to undermine democratic norms, transmogrifying the raison d’être of an independent, non-partisan and warranted investigation into a raison d’état brewed from Trump’s paranoia and megalomania.

Okay, put like that, maybe there isn’t much that is funny about the Durham Probe (with the exception of its unfortunate name convention). But feeling utterly depleted of anger and anxiety and despair in the wake of the Capitol riot (and before the adrenaline rush of Inauguration Day had really set in), I damn well intend to make it funny, if only for my own amusement, if only for you, generous reader. Despite the maladroit hypothetical description that follows, I actually have no intention of making this movie (nor do I even have a spec script in my drawer).

My sales pitch to producers makes reference, chiefly, to Armando Iannucci, the director of brilliant mockumentary-style political satires In the Loop (2009), The Death of Stalin, (2017) and the HBO series Veep (2012-2019). Iannucci is a master at mocking serious government institutions and political actors who are tasked with, yet hilariously fail at, carrying out their solemn duties. Iannucci’s characters are mindless followers without any critical thought, acting in blind compliance and allegiance to their leader, and devoid of any redeeming rationale. Iannucci’s bumbling bureaucrats and their aides are lemmings, hopelessly and amorally waiting to be recognized or promoted, like Vladimir and Estragon are Waiting for Godot.

In my movie, Durham is Vladimir/Estragon (I’d cast John Goodman in the role) and Barr is Godot, and thankfully Barr, like Godot in the play, is never seen nor heard.

Picture it. One scene might include Durham paying a visit to Italian Prime Minister Giuseppe Conte in 2019. (Durham actually did.) “I’m here to discuss Joseph Mifsud, a supposed Russian agent in Italy who we think might actually be a planted CIA agent from the USA.” Rather than rush to the matter at hand, the Italians want to ease into the meeting, offering Durham’s small team espressos with tasty, albeit slightly stale, biscottis; Conte wants to ask how they are finding Rome. The Italians seem to be stalling, Durham hints to his aide. (“But are they? Seems like they are just being Italian.”) Back at the hotel in the next scene, Durham has surmised that the Italians are speaking in code. “Strange words, they were using…What is ‘Bellisma,’ dammit?! Sounds like ‘Burisma!’ What are they saying in the 4chan forums?” he exclaims to his aide. The aide, tapping frantically on his phone, can’t find anything online. “Call Giuliani,” Durham says, “He’ll know. He’s Italian.”

Back in the “real world,” a years-long investigation ensued, probing a meticulously documented, deeply scrutinized, and resoundingly professional investigation, that in the end led to one—ONE—conviction of a dumb employee. Isn’t this the stuff political satire is made of?

Admittedly, there’s been quite a bit of binge-watching of political satire over the last four years—perhaps too much. From Alec Baldwin’s recurring role as Trump on SNL to humorous news reporting programs such as Last Week with John Oliver, Full Frontal with Samantha Bee, and The Daily Show with Trevor Noah to late-night talks shows (with SNL “Weekend Update” alum Seth Meyers among the smartest politically), inept governing in the real world seemed to provide plenty of nonsensical material in the comedic one; indeed, stranger than fiction.

However, hear me out: no one has yet had the guts (or the stomach) to make a feature-length comedy about this utter madness. Maybe Christopher Guest is available. I just recommend that the movie deliver a “fly-on-the-wall” sense of being there in the room as illogical decisions are made, as John Durham asks his preposterous leading questions to nations’ leaders, as the investigations’ unfathomable incompetence unfolds to the viewer’s increasing astonishment. The viewers will say, presumptively, “Ha, yeah right, this is just poking fun at them.”

But is it? I want them to open up their laptops and search the web for proof to the contrary, until they finally find some dry report on a pedantic law blog and say, jaw halfway to the ground, “Oh no, they really were this deranged, this stupid—and dangerous.”

The Trump regime is over, I think and I hope. But as the sun sets on this wretched administration, at least allow yourself one last laugh. Perhaps if the dialogue is good enough, the timing of the editing clever enough (do the editors of The Office need work?), the actors smarter than my loose treatment, then surely some studio will greenlight my idea! (Someone get my assistant. WHERE is my assistant?!) Please, let me have one hysterical laugh line—the last laugh before Twitter lets Trump back on—if only out of relief, if only because it’s now over. Isn’t it?

Marc Francis is neither a humorist nor a filmmaker, but he is a curator, archivist, writer, and lecturer living in Los Angeles. He is also the Assistant Editor of Film Quarterly.