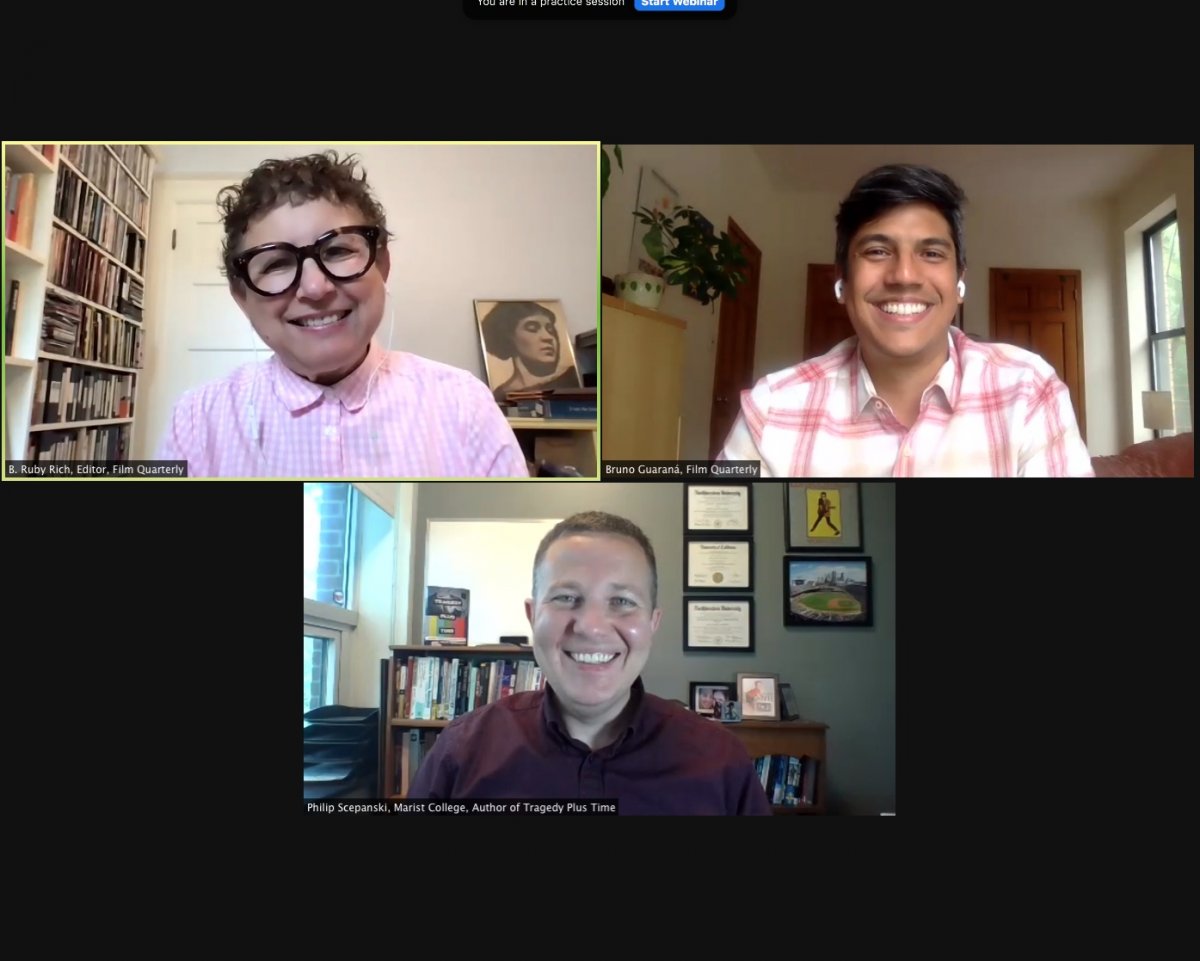 Bruno Guaraná’s interview with Philip Scepanski appears in the Summer 2021 issue of Film Quarterly (Volume 74, Issue 4). It is available online together with a pdf download of the introduction from Tragedy Plus Time: National Trauma and Television Comedy, courtesy of University of Texas Press, through the webinar and at www.filmquarterly.org.