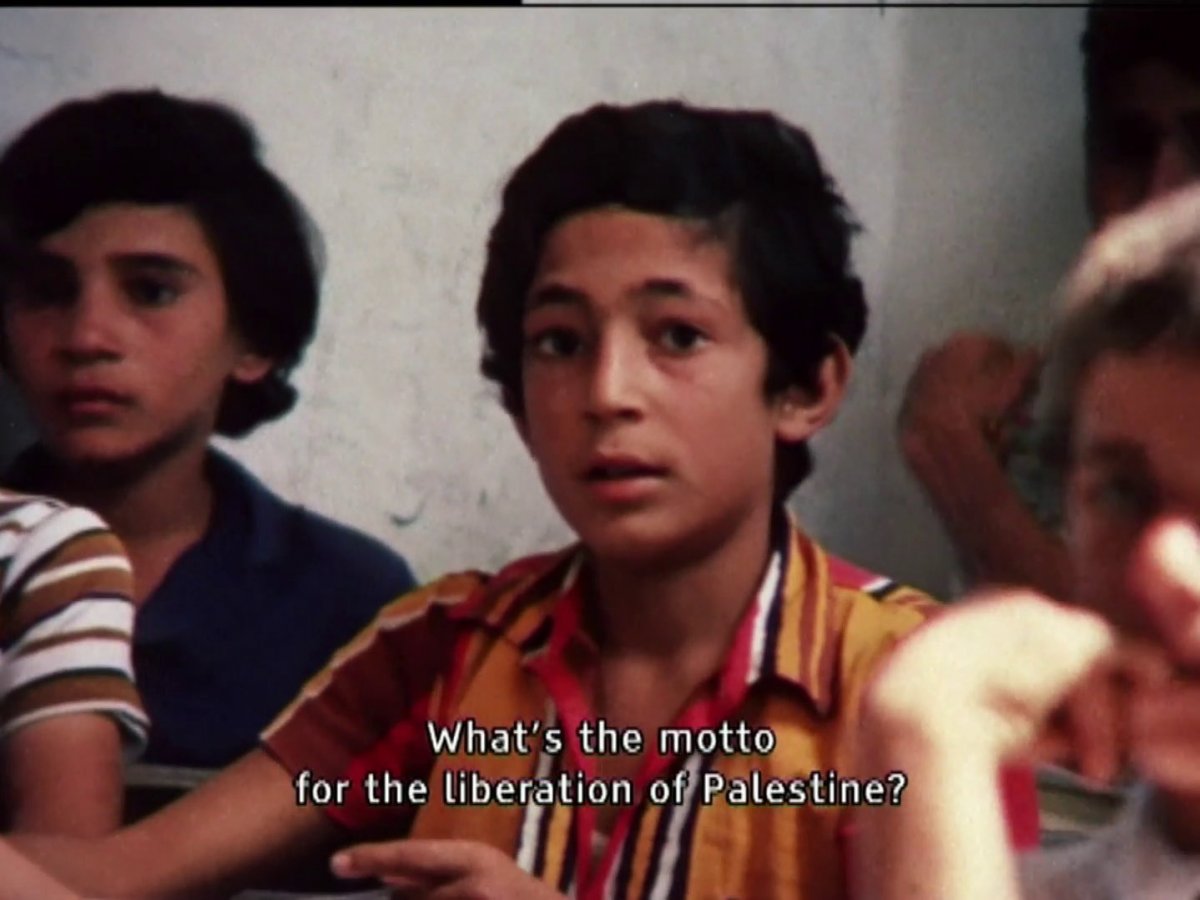 The manner in which film and media works are presented to audiences—the way in which they are framed—has recently stirred productive debate. One question increasingly raised in public conversations is: What are the intentions and consequences of framing practices?

In her recent “Letter from England” in Cahiers du Cinéma, Daniella Shreir, founder of the feminist film journal Another Gaze, calls out the curatorial framing device of “rediscovery” of “forgotten” works. The term “forgotten,” she writes, “connotes disinterment, and makes the act of programming sound like a fruitful archaeological dig; yet the very institutions that use these terms have often excluded women from their retrospective programmes for decades, while now leaping at the chance to appear timely and politicised.”

Earlier this year, Shreir discussed the politics of framing in an interview with MAP magazine, pointing out that not only is the language of “discovery” colonialist, it also risks turning “forgotten” artists and works into fetish objects. This sensationalist framing, one might add, conveniently deflects responsibility and accountability from the institutions which have waited until this cultural moment to uncover and present this work to the world—thereby strengthening their own “brands” while concealing the factors that led to the shift.

A further consequence of this now-ubiquitous framing trope is that it narrows and simplifies the discourse around films, rather than opening up a complex field of conversation. Shreir herself has provided a thoughtful counter-model through the example of Another Screen, the innovatively designed streaming platform she launched earlier this year. The seven series so far have been accompanied by carefully selected and arranged framing materials: interviews, essay excerpts and program notes from a wide range of sources including critics, scholars, curators, and the filmmakers themselves. This historically informed and context-sensitive framing has taken care to steer clear of the rhetoric of “firsts,” “discoveries,” and “forgotten films.” The inaugural film series on the platform showcased eight films by Cecilia Mangini, alongside a scholarly essay and a newly translated interview; the fact that Mangini is considered to be Italy’s first female documentary filmmaker was mentioned nowhere.

Another Screen’s most successful program to date has been “For a Free Palestine,” a series of over 30 films by nearly 20 Palestinian women directors that streamed for a month this summer. Made up mostly of short films from the 21st century by directors such as Basma Alsharif, Emily Jacir, Larissa Sansour, Razan AlSalah, and Reem Shilleh, the program spanned experimental, documentary and animated works. It screened worldwide for free, with subtitles that Shreir commissioned for an array of languages. In conjunction with the program, she also created a GoFundMe page for medical, legal and infrastructural aid on the ground in Gaza.

Another Screen is part of a certain movement born during the pandemic: activist-minded, grassroots streaming initiatives that surround films with rich, thoughtfully assembled, contextual material. Just as Another Screen trains a focus on women directors, the series “My Sight is Lined with Visions” —curated by Abby Sun and Keisha Knight—does the same for 1990s Asian-American film and video. Launched in the summer of 2020, the series was a timely response to rising anti-Asian prejudice and violence during the pandemic. The program was built around work from the ‘90s because, as Sun explains, it marks an important moment of transition for Asian-American film, when artists like Wayne Wang and Mira Nair were embraced by Hollywood, and others such as Justin Lin were on the brink of wide commercial success.

But the series’ spotlight falls not on the well-known, studio work but on less discussed films from the experimental, documentary and fictional realms. Showcasing directors such as Rea Tajiri, Roddy Bogawa, Spencer Nakasako, Shu Lea Cheang, and Jon Moritsugu, the titles in the series are both formally inventive and politically radical, pushing against demands for “positive images” of Asian-Americans. An expanded incarnation of the series launched this year, with additional films and panel discussion events; it will be available for the rest of 2021.

Sun and Knight commissioned several new essays by Asian-American critics to frame the series; the writings brought a special historical and institutional emphasis to the task of illuminating the films and their contexts. Supplementing them was a series of live conversations between critics and filmmakers. Knight has said that a driving impulse behind the series was historiographical. She points out that standard film history has often privileged the film object above the processes and practices that surround it. Invoking Fernando Solanas and Octavio Getino’s classic manifesto “Towards a Third Cinema,” she underscores the need to create “alternative histories” that “understand the enmeshment” of objects with systems (such as production and distribution).

For the curators, one of the aims of creating “alternative histories” was to help imagine “alternative futures” that would be just. The financial model they adopted for the series prefigures such a future by establishing a direct artist-to-audience path for supporting creators. Ticket revenues (after administration fees) have been split 50/50 with the filmmakers. The final goal, for Knight and Sun, is to help envision and build a whole new film ecosystem: one that foregrounds film “not just as cultural object but also as cultural practice.”

One of the largest and most ambitious grassroots curation projects to emerge since the start of the pandemic has been the Playlist Initiative, founded and run by Scotland-based scholar Leshu Torchin. Born mere weeks after the pandemic struck, the project has grown steadily ever since, now encompassing over 70 annotated and contextualized playlists created by three categories of film cultural workers: scholars, programmers, and filmmakers. Torchin’s vision for the project was twofold: to help viewers navigate the abundance of film and media becoming available online and to disrupt the “often totalizing and exclusionary tendencies of so many lists.” Her overarching aim was to create a resource that would be valuable for both teaching and research purposes: one that was developed using a methodology that consciously “gave visibility to multiple perspectives and voices.”

An admirably huge and heterogeneous collection such as this is difficult to summarize in a few quick strokes. Let me therefore point to a few favorite playlists in the project, all of which seek to broaden the canon in one of two ways. The first approach takes films, many of them well known, and reframes them within new contexts. For example, William Brown highlights films from the margins he has theorized as “non-cinema”; Clara Bradbury-Rance gathers queer feminist films that mobilize a “politics of citation”; and Nessa Johnston spotlights movies that authentically capture raving and clubbing on screen. The second approach advocates for unlikely media objects of the kind that have traditionally not been much valued by cinephilia. In this group one finds, for instance, Mike Wyeld’s collection of calm-inducing videos, “Low Stakes TV: Cleaning Drains, Washing Cars, Long Walks”; Lauren Steimer’s recommendations of videos that document the little-publicized labor of stunt work; and Veronika Kusumaryati’s suggestions of West Papuan video, art, and music. In her typical spirit of openness and generosity, Torchin has also issued calls on social media for potential contributors to propose new playlists for the project.

In her book The People’s Platform (2014) activist and filmmaker Astra Taylor cast a critical eye on the democratizing claims being made for the Internet, and lamented its domination by a handful of corporate players. As a corrective, she called for grassroots efforts to help establish alternative systems. The exigencies of the last year have accelerated such efforts. “The aspects of culture which have thrived during the pandemic,” says Shreir, “are those that have never had any money because we are used to treading water, to find advantages on the margins, and having to be constantly adaptable and innovative.” Scant on resources but armed with expansive aesthetic and ethical visions, these new platforms are fashioning fresh, forward-thinking models of curation that just might end up having a lasting impact on the exhibition landscape.