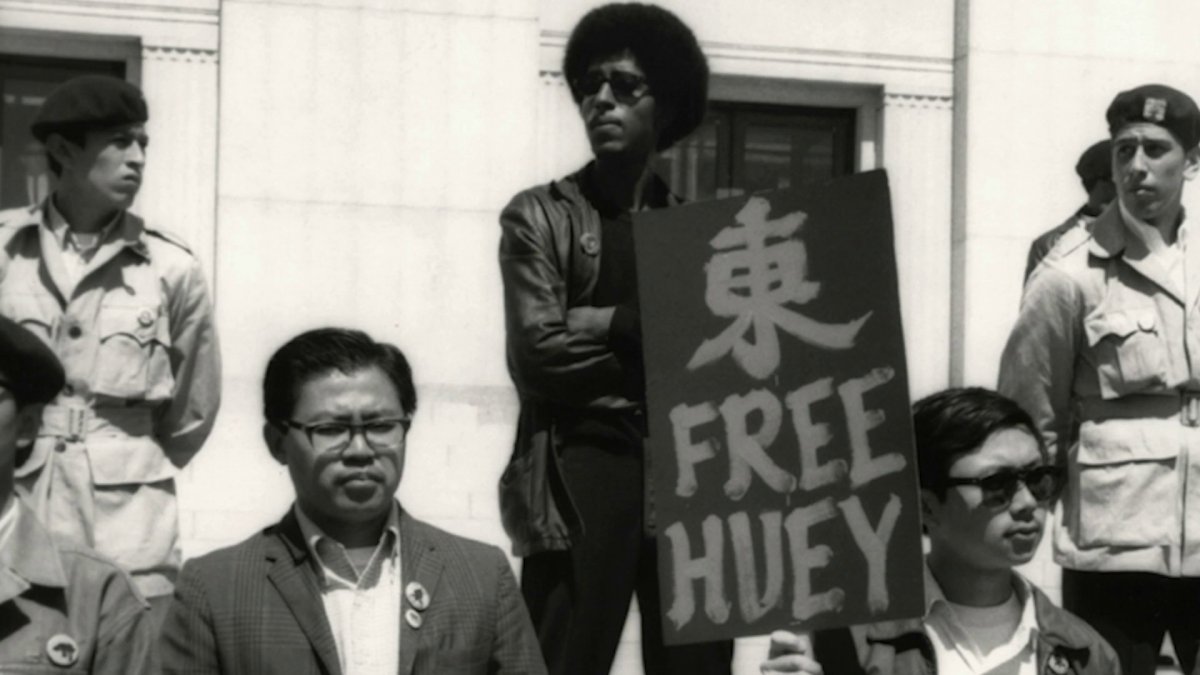 In July 2021, Asian Americans Advancing Justice-Chicago and aligned organizations successfully pressured the state of Illinois to require that Asian American History be taught in public elementary and high schools. Included in this landmark addition to the Illinois School Code is the welcome requirement that the experiences of Asian Americans in Illinois and the Midwest be included in the curriculum.

A mandate is just one step though. Fulfilling this requirement requires more teachers trained in Asian American Studies and more classroom and professional development resources. No doubt documentary media will play a central role in this step, and the Asian American Education Project has already published suggested lesson plans that integrate the 2020 PBS series Asian Americans. As the demand for historical documentaries rises, so must funding for documentary production, as it did in the 1970s when pressure on the Los Angeles Unified School District to include ethnic content occasioned the funding of the earliest wave of Asian American documentaries by media collective Visual Communications.

What Asian American history documentaries will fill this void? The Asian Americans series and other PBS series like The Chinese Exclusion Act (Ric Burns and Li-Shin Yu, 2017) may find their ways into classrooms. In addition to these encyclopedic works of national history, I hope there is room for more eccentric or targeted histories like those in Valerie Soe’s Love Boat Taiwan (2019), Rea Tajiri’s History and Memory (1991), Ellen Kuras and Thavisouk Phrasavath’s The Betrayal (2008), or Tim Tsai’s Seadrift (2019).

However, for its inspirational bent or its sheer numbers, I suspect that the genre of Asian American documentary that will get substantial play is the “Asian American hero” film. These classy, trusty biographies of forgotten or misunderstood Asian American icons—from pioneering politicians like Patsy Mink and Norman Mineta, to Hollywood luminaries George Takei and Tyrus Wong—hitch history to celebrity, touching upon anti-Asian racism to show its ultimate transcendence through individual perseverance or the ultimate triumph of institutions like American democracy or Hollywood liberalism. Still, the genre summons a powerful sense of the uncanny. Like the historical fantasies of Zelig or Forrest Gump, these documentaries insert Asian bodies into historical American settings that had seemingly ensured their invisibility. This affect of incongruity is not easily dismissible and has made it one of Asian American cinema’s most enduring genres, at least as early as John Esaki’s Yuki Shimoda: Asian American Actor in 1985 and continuing to this year’s Like a Rolling Stone: The Life and Times of Ben Fong-Torres (Suzanne Joe Kai).

A subgenre of the Asian American hero documentary is what we might call the intersectional hero film, a category in which Rea Tajiri and Pat Saunder’s Yuri Kochiyama: Passion for Justice (1993) and Grace Lee’s American Revolutionary: The Evolution of Grace Lee Boggs (2013) are classics. There are also documentaries about Asian Americans excelling in Black fields, as with the NBA documentaries Transcending: The Wat Misaka Story (Bruce Alan Johnson and Christine Toy Johnson, 2010) and Linsanity (Evan Jackson Leong, 2013). These are films that, through photographic evidence, affirm a long lineage of Black and Asian comradeship. If the larger genre inserts Asian American bodies into all-American settings, this subgenre presents Asian Americans at Civil Rights protests and Black Panther meetings, a unique uncanny that not only challenges a certain historical reality long dominated by white narratives, but also a political reality filtered through model minority discourse or inherited anti-Blackness. These films know and exploit the power of Black-Asian mutual affection onscreen. They naturalize a certain vision of solidarity, one founded in the fight for Third World Liberation, ethnic studies, and Civil Rights in the 1960s and 70s.

This is a vision that found resonance post-George Floyd and in a moment of increasing anti-Asian violence. Numerous short documentaries, social media posts, and web projects specifically cite these historical images of Black-Asian solidarity. Photographs pairing Yuri Kochiyama and Malcom X, loving snapshots of Grace Lee Boggs and James Boggs, and especially images of Richard Aoki in a Black Panthers beret or Asian Americans in the 1970s carrying “Free Huey” or “Yellow Peril Support Black Power” signs. These documentary images summon a specific affect for a new generation of activists, a productive shock that reminds them that the concept of “Asian American” is necessarily intertwined with the struggle of all oppressed people. By tying Asian American discourse to a multiracial movement, these images argue that solidarity is the natural condition of Asian America: on the streets, aligned with the struggle for Black lives. Solidarity has been there all along, after all. The history reminds the next generation to reclaim this legacy.

I’m grateful this sentiment exists. The May 19th Project by See Us Unite, spearheaded by Renee Tajima-Peña and Jeff Chang, celebrates icons of solidarity beyond just Yuri and Grace, including South and Southeast Asian American activists. These video and social media citations suggest that knowing the history of solidarity unlocks the potential for liberation, making them fundamentally optimistic. In the feature documentary American Revolutionary, the filmmaker engages Grace Lee Boggs in a series of interviews mesmerizing for how naturally solidarity comes to the nonagenarian, the effect being that if somebody who grew up before Civil Rights could do it, why can’t Gen Xers or millennials? American Revolutionary is a hero doc with an infectious and inspiring “yes we can” spirit, making it a definitive Obama-era political documentary.

But are there other ways to cite solidarity in Asian American documentary? I’m reminded of Ursula Liang’s critical feature Down a Dark Stairwell (2020). The documentary begins after the 2014 murder of Akai Gurley by Chinese American NYPD officer Peter Liang, who would then become the first officer to be charged with the killing of an unarmed Black man in New York. That in turn led to protests from Chinese Americans who alleged that Liang was a sacrificial lamb for the NYPD because he was Asian. What could have been parallel protests against white supremacy in the NYPD and the justice system turned into an ugly fight pitting Black and Chinese protesters against each other. Meanwhile, a faction of Asian American protesters fighting on the side of Black Lives Matter was constantly sidelined and harassed, especially from their “own” community.

It’s a difficult, distressing film, especially for those used to the instant gratification of the hero documentaries. In Down a Dark Stairwell, Asian American politics are messy, complicated by generational difference and gendered ethnonationalism. Solidarity is not only non-guaranteed, it can be explosive. The film is stressful in a way that challenges the efficacy of the term “Asian American” altogether, especially within limited notions of identity politics, and the ending of the film doesn’t resolve any of these existential tensions. Instead, the film ends with … citations of historical solidarity. Out of nowhere, after 80 minutes of excruciating friction and looming doubts about Asian American coalition-building, there is a montage of those very images that circulated in earlier documentaries: Grace Lee Boggs and James Boggs, Yuri Kochiyama, “Free Huey” signs.

However, watching this montage, I was overcome by a very different affect than I get from the citations of solidarity in the hero documentaries or the recent solidarity social media projects. The still images flash by as if glimpsed through windows of a subway car, fleeting ideals one can’t simply grasp and retweet. Director Ursula Liang has said that she was ambivalent about including this concluding montage, but for me, they’re pivotal.The images filled me with a very tenuous kind of hope. In an emotionally-charged, thirty-second flurry set to the chant “I love you like you were me,” these footprints of another Asian America map a political utopia gone astray, a past that guarantees nothing for the future. The romance of Asian America’s inherent foundation in Third World liberation and interracial solidarity that was naturalized by the hero docs is shattered, not to dismiss it but to refract it through the reality of Brooklyn public housing and Chinatown in-fighting. Here, citations of historical solidarity don’t just remind young activists of what Asian America has been all along, but rather reveal that solidarity might actually be inorganic or counterintuitive, that it is hard, painful, and sometimes ineffectual work.

Hero documentaries still have their place, precisely because images of Yuri Kochiyama and Grace Lee Boggs have not lost their power to stretch the imagination of who an Asian American can be. But solidarity movements – as with Asian American filmmaking or Asian American studies mandates – can’t subsist only on hope or promise, but continue as ongoing, unfinished, and sometimes stressful business.

Brian Hu is Associate Professor of Television, Film, and New Media at San Diego State University. He is also the Artistic Director of the San Diego Asian Film Festival, and the author of Worldly Desires: Cosmopolitanism and Cinema in Hong Kong and Taiwan.