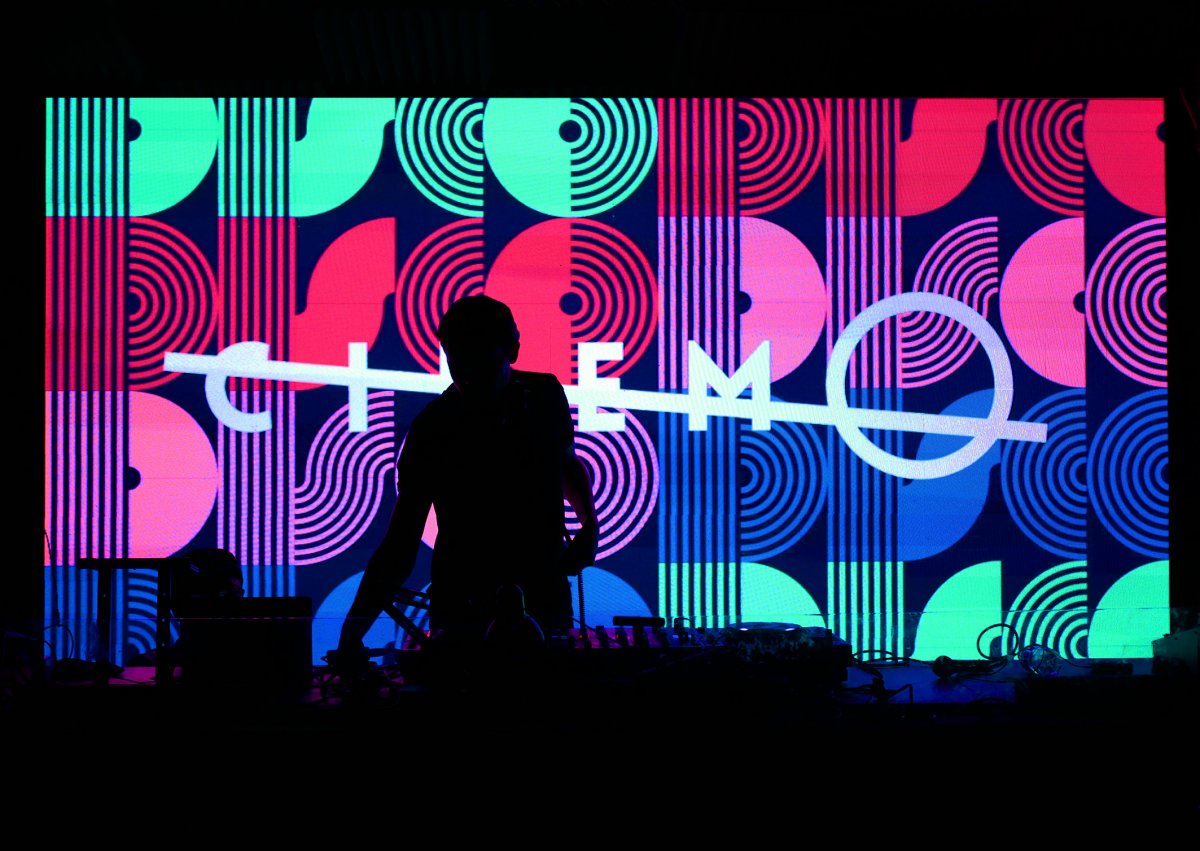 A ‘cultural war’ is taking place in China: from the banning of effeminate young men on film and television to the censorship of boys’ love fan fiction; from the restriction of video game hours for young people to the banning of commercial tutoring for school pupils. One cannot help asking: What is happening in China? Is this the start of another ‘cultural revolution’? Is the Chinese Communist Party (CCP) against culture?

As a cultural studies scholar, I have been fascinated by how the word ‘culture’ is used in society. The concept of culture is often discussed within the framework of liberal pluralism, which posits culture as an autonomous field and neutral ground independent of politics and economy. A cultural studies perspective, though, can yield a more dynamic and nuanced understanding. This essay is by no means a defense for what the CCP is doing to culture, but rather a call to understand the modus operandi of such practices within a Chinese context: a criticism of what is going on and a deeper understanding of the role of culture in Chinese society.

To say that the CCP hates culture is a misunderstanding, for the CCP understands the importance of culture for society and for its governance. Mao Zedong’s text ‘Talks at the Yan’an Conference on Literature and Art’ (aka the ‘Yan’an Talks’) from 1942 highlights the importance of culture to China’s socialist revolution. The text outlines the CCP’s policy on ‘mass culture’ (qunzhong wenhua) and its potential to be transformed into radical, Leftist, and revolutionary culture. It stipulates that art and literature should serve the interests of ordinary people rather than social elites.

Mao’s definition of people encompasses those who stand along with the revolutionary hegemony: “the cadres, party workers of all types, fighters in the army, workers in the factories and peasants in the villages.” Mao’s ‘mass culture’ (primarily revolutionary culture and folk culture) is therefore a culture of, by, and for the ‘people’, a relatively narrowly defined population in Chinese society of that time. Socialist films, for example, played an important role in transforming ordinary people into political subjects. Through public funded filmmaking and low-cost, open-air exhibition, these films reached different parts of the country and people from all walks of life, effectively constructing an imagined socialist nation.

Mao’s definition of culture has had a profound impact on CCP’s cultural policy, especially now. Chinese president Xi Jinping has reiterated the importance of culture for the country on several occasions, including to an audience of prominent artists and writers in 2014, saying that “the arts must serve the people and serve socialism” and artists should implement “the party’s policies on the arts.” The CCP is not simply paying lip service to culture; rather, it takes culture very seriously. It understands the importance of culture in gaining hegemony and consolidating control, in creating consensus within society, and in creating a new political and economic order.

Who defines culture and how culture is defined are important issues. The CCP defines culture as creative activities practiced by the ordinary people, the masses, in line with an understanding of culture as serving the interests of workers, peasants, and soldiers in the Mao era. For example, the CCP still encourages the revival of revolutionary cultural forms such as singing revolutionary songs, performing folk music and dance, and watching ‘main melody films’ (films embodying nationalism and other CCP ideologies).

The CCP recognizes that times have changed and that some of the old cultural forms may not appeal to young people anymore. Still, it attempts to revive socialist culture as it was, in an attempt to use it to unite a deeply divided nation in the contemporary era. In doing so, the CCP shows a lack of understanding of and engagement with what is going on in China at the moment: for a younger and urban generation, socialist culture no longer holds any appeal; young people are more interested in transnational, commercial, and popular cultural forms such as Hollywood films, K-pop, and Japanese ACG (animation, comic, and games). Only familiar with the cultural tastes and aesthetics of an older generation, the CCP fails to grasp what the changing times mean to a younger generation of people and the rising middle class in China. A more contemporary and dynamic understanding of culture as lived everyday practice, as representing the aesthetic tastes of both the older and the younger generation across geographical and social divides, is therefore needed.

The CCP’s understanding of culture is underpinned by culture as ‘mass culture’ for ordinary people for revolutionary purposes. But there is a slippage between ‘mass culture’ and ‘popular culture’ (liuxing wenhua). The CCP sees popular culture as represented by Hollywood films, J-pop, and K-pop, all of which are fleeting, transient, foreign, and even harmful; they therefore need to be contained to minimize their negative impacts on society. To a great extent, the CCP sees queer culture as a fashionable lifestyle of those young people influenced by Western popular culture and a cosmopolitan lifestyle; it therefore adopts a hostile attitude towards queer culture and LGBTQ people. This is demonstrated by the blurring of rainbow flags in the live TV broadcast of the Eurovision Song Contest in 2018 and the removal of homoerotic element from the imported film Bohemian Rhapsody in 2019.  While the Beijing Queer Film Festival continued to play ‘guerrilla warfare’ with the authorities, the ShanghaiPRIDE had to be closed down permanently. In doing so, the CCP ignores the needs and desires of a younger and urban generation to express their identities and cultural tastes. Seeing queer culture as Western also shows a lack of understanding of the long history of same-sex intimacy and gender variance in Chinese history: queer culture is as much Chinese as it is transnational. Thinking of gender and sexual diversity as a Chinese/Western dichotomy therefore misses the transnational flow and transhistorical nature of gender variance and sexual diversity.

The celebrated “uniqueness” of Chinese culture has a long history in modern China. Particularly in times of national crisis, such as war, political turmoil and ideological standoffs, such a nationalist rhetoric of China’s exceptionalism is likely to be emphasized. At the beginning of the twentieth century, when China was under Western colonial and imperial invasion, the issue of “Chineseness” was raised as a response to the national crisis. Women’s bodies were put under scrutiny; and practices such as homosexuality, castration, polygamy, and prostitution were seen as vices representing the inferiority of Chinese culture in contrast to the superiority of a modern Western culture. A century later, history repeats itself as China is once again under siege internationally. Women as well as gender and sexual minorities have again been placed under strict scrutiny, deemed as too Western and not Chinese enough. In both cases, gender and sexuality are areas of political concern and ideological contestation; they cease to be individual issues and instead become questions of national concern under a heterosexual, masculinist, and patriarchal gaze.

The CCP’s campaigns against youth culture and popular culture were presumably designed to bridge the widening social gaps between different classes, regions, ethnicities, and rural/urban divides. These huge gaps in Chinese society are a result of China’s decade-long neoliberal economic reforms in the post-Mao era. To counter the negative impacts of neoliberal reforms, together with the political and social unrests produced by these policies, the CCP has turned to the realm of culture as an antidote, a quick and easy fix, to social problems. But culture alone cannot solve problems of political economy and resource redistribution. A unified national culture is not only unattainable but also unwelcome in a divided society where people from different strata of society do not share the same cultural vocabulary and tastes. The CCP understands culture in a restricted way, historically, and sees culture as merely a form of aesthetic representation. Without its addressing social inequalities in wealth and resource redistribution, a cultural solution is insufficient.

What is needed instead is a more dynamic understanding: culture is not simply a form of heritage found in the past and displayed in museums, nor is it a form of industry that only serves policy and economic ends. Culture must be understood as a dynamic, lived, and living entity that constantly generates new forms and transforms itself. Celebrity culture, fan culture and queer culture are all legitimate cultural forms, despite their complex relationship with national identity and transnational capitalism. Moreover, the digital transformation in the past few decades has not only brought about new forms of identity, community, creativity, and intimacy, but also a deeper level of exploitation, extraction, and alienation. Today, young people can become rich and famous overnight by working as a social media celebrity in the live-streaming industry; but their bodies and affects are also under stricter regimes of discipline, control, surveillance, and exploitation. A ubiquitous screen industry penetrating people’s everyday lives can reproduce existing social relations and reinforce social inequalities; this may not be a brave, new world after all.

‘Culture is ordinary,’ wrote Raymond Williams, and people are actively and constantly producing new forms of culture. Young people can create their cultures in the same way that the older generation can enact and re-enact theirs. Such creativity and diversity deserve to be treated seriously. Some of them may be complicit with capitalist exploitation and neoliberal ideologies, and they need to be engaged with vigorously and critiqued vehemently rather than simply dismissed or banned. In the same way we are learning to live with the pandemic with vaccines, we are also learning to live with capitalism while not giving up the critique and the hope. Overall, one needs to see culture as multiple, dynamic, and contemporaneous, deeply intertwined with politics and economy, and often ideologically complex and politically ambivalent. Any attempt to unify, essentialize, or purify culture is doomed to fail.

What is happening in China today not only demonstrates the CCP’s efforts to define culture in a top-down manner at a time when China is facing a difficult international environment and trying to navigate through a global pandemic, but also the importance of seeing culture as multiple, dynamic, lived, and living. Such an understanding need not entail a liberal pluralist view of representation and difference, for it is underpinned by the Marxist theories of totality, reification, and political economy. In a global context where culture is often seen as autonomous and independent of politics and economy, it is important to highlight the complex relationship between cultural representation, resource redistribution, and political hegemony in a global, neoliberal, and postsocialist world. In a global screen industry where money and fame are desired and representation and identity are celebrated, it is crucial to ask what a regulatory authority can do, and what are the limits of cultural regulation.

Hongwei Bao is Associate Professor in Media Studies at the University of Nottingham, UK, where he also directs the Centre for Contemporary East Asian Cultural Studies. He is the author of Queer Comrades, Queer China and Queer Media in China. He also writes and edits a column titled Queer Lens for the Chinese Independent Film Archive.