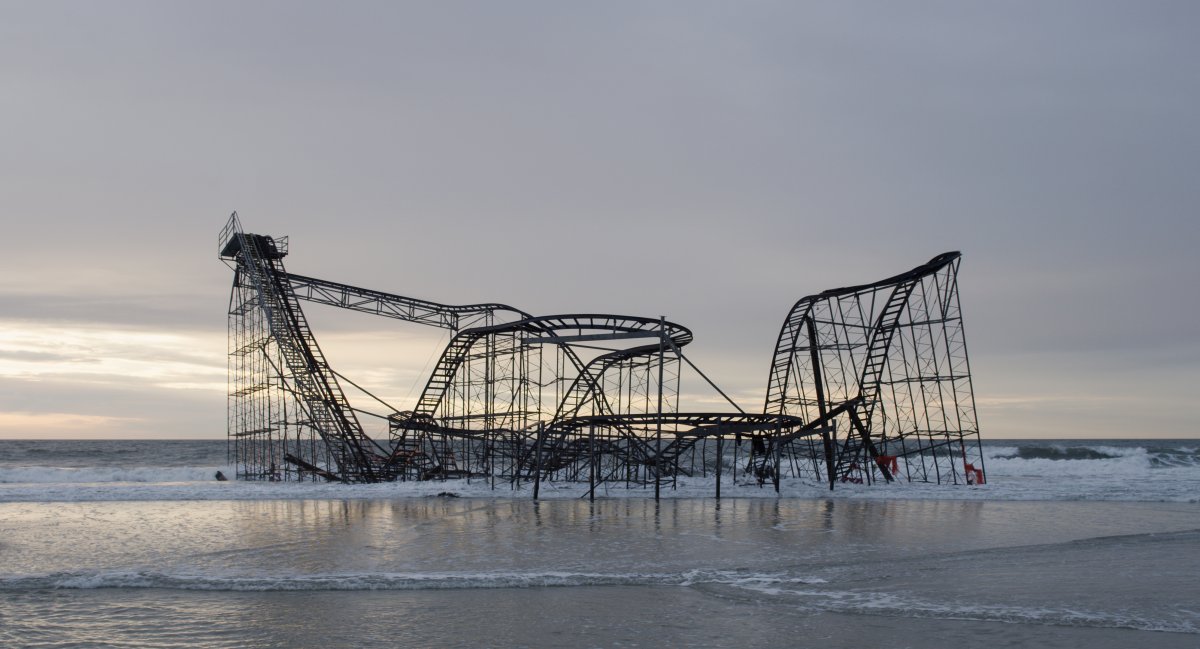 As happens often in the URL universe, two disparate events accidentally brushed up against each other in my social media feed recently, flashing a spark of mutual resonance. In their very different ways, they both raised the question: What might characterize an art of futurity?

The first event was the notice of a film series assembled by curator Sarah Dawson for the International Documentary Film Festival Amsterdam (IDFA), which kicked off late last week. Her program, “The Future Tense,” draws together a surprising mix of films, most of them far afield from the usual suspects. Classics by Abbas Kiarostami, Kidlat Tahimik, and Raoul Peck (none of which would immediately strike one as being “about the future”) jostle with new documentaries from around the world, both shorts and features. The second event was the posting of a thoughtful and provocative YouTube lecture by the scholar Steven Shaviro on science-fiction: “Extrapolation, speculation, and fabulation.” Despite focusing on literature, not cinema, his lecture seemed to reverberate strongly with Dawson’s vision for her film program.

In conversation, Dawson identified Austrian documentarian Nikolaus Geyrhalter’s Homo Sapiens (2016) as a starting point for her series. Released just five years ago but already a touchstone of 21st century cinema, the film ironically eschews all signs of human presence, visual or aural. Instead, it depicts abandoned ruins of theaters, malls, hospitals, factories, stores, railway stations–all, in the words of science-and-film curator Sonia Shechet Epstein, “infrastructures of society … which support human existence.” Dawson made clear that she wanted to avoid the usual “futurism” in her series, by which she meant “overly determined images of what the future will be.” Instead, her aim was to present films that “reveal our relationship to the future … by searching the present for potential futures.”

Coincidentally, when I requested and received a transcript of his lecture from Shaviro, it was titled “Potential Futures” (and is part of an ongoing book project). Its basic thesis is that science fiction does not claim or desire to predict the future, but is instead about futurity. In other words, futurity is subjunctive: it is never about any actual future that will come to pass, but rather captures “something that could emerge or develop from the world as we live in it now.” An art of futurity is thus one in which both present and future co-exist, one in which the future (in Shaviro’s words) “haunts” the present.

The post-apocalyptic images of Homo Sapiens are rooted in the present tense of the camera, captured by Geyrhalter at far-flung sites around the world that he found online and then rushed to film. However, if the image track documents a forsaken world, devoid of life, the soundtrack tells an entirely different story. Comprised exclusively of non-synchronized sound designed and dubbed in the studio, it teems with life—mainly birds and insects—offering up a vision of the apocalypse in which humanity has been (self-)annihilated but nonhuman existence persists.

Homo Sapiens made for an apt antecedent to Miko Revereza and Carolina Fusilier’s The Still Side (2021), which is set on a fictional island once the site of a holiday resort and amusement park. This deserted island of Capaluco (likely an allusion to Acapulco) is strewn with decaying structures. As in Homo Sapiens, humans are wholly absent from the images, but this time, they haunt the soundtrack as ghostly voices that emanate from the speakers of a public address system all around the island, advertising the luxuries of the resort to a depopulated world.

Both films prominently feature the sound of insects, marking them as tenacious life forms surviving into the future. In Wild Relatives (2018), Palestinian artist Jumana Manna tracks the movement and circulation of a different form of nonhuman life. The Doomsday Vault, an enormous seed bank housed inside a mountain on the coal-mining island of Svalbard, Norway, preserves “backup copies” of seeds, protecting them in the event of environmental disaster. But disaster has multiple temporalities: it is not experienced by all peoples uniformly and at the same pace or scale. Indigenous communities, as writers such as Rebecca Roanhorse remind us, have already survived an apocalypse.

A distant apocalyptic future, against which the seed vault was created to offer protection, is already here for many. In Wild Relatives, a gene bank in Aleppo, destroyed during the Syrian War, asks for its seeds to be returned so they can be planted and cultivated. The hope is to establish a new seed bank in Lebanon’s Bekaa Valley, to which many Syrian refugee farmers and workers have been relocated. But in the midst of the promise of regeneration there is also a hint of the perilous agricultural future to come: a farmer in Lebanon remarks that building refugee camps is now much more profitable than crop cultivation.

The idea of creating “backup copies” as a bulwark against planetary collapse becomes the heart of a mind-boggling techno-utopian vision in Deniz Tortum and Kathryn Hamilton’s short essay film Our Ark (2021). In its enigmatic opening, a bank of cameras circles a spotted lizard, capturing high-definition images of it from all angles. It’s part of an actual vast project by the firm Digital Life, which is creating 3D copies of all animals, beginning with those most likely to become extinct soon. The aim is to “back up the planet” by producing a digital Noah’s Ark: as if (the filmmakers drily observe) “these 3D models will, at some point in the future, be downloaded back into the life forms they once were.” Ironically, the ambition of this project seems to conveniently elide the fact of its own implication in environmental decline thanks to its considerable carbon footprint.

In the end, the most striking pair of films in the series might be Abbas Kiarostami’s classic Homework (1989) and a “sequel” to it that has just appeared, Tonight’s Homework (Ashkan Nejati and Mehran Nematollahi, 2021). Kiarostami’s premise is famous: he visits a public school in Tehran and interviews young boys about their homework. What emerges from this innocent line of questioning is nothing less than a subtle but sweeping social portrait. Student after student matter-of-factly discloses the corporal punishment they receive at home (a belt almost always the chosen instrument), and a significant proportion of parents are unable to help their children with homework because they are poor, and can’t read or write.

Tonight’s Homework presents a visit to a different Tehran school two decades later, posing similar questions to boys and also, this time around, to a handful of girls. Viewed through a prism of futurity, the new film startlingly reframes the old one, bringing into view hints of latent futures. The sequel, like its predecessor, contains traces of violence, now displaced from the individual to the structural realm. The economic disparity between the students is shocking: poor kids who work as peddlers in the metro go to school side by side with affluent ones who travel the world and ask their parents for a Maserati as a gift.

A Western viewer two decades ago might have read Homework as a highly local study, its Tehran belonging to a distant and unfamiliar realm. But Tonight’s Homework makes visible a connecting thread and a disastrous trajectory. Both films depict situations unfolding within the wide reach of a global socioeconomic order whose punishing effects have only escalated with time. In the final scene, the filmmakers set out to locate the Shahid Masumi School where Kiarostami set and shot his original film. What they find on its former site is a shiny new luxury condo that would not look out of place in any large American city. The moment crystallizes an idea—the hollowness of claims of social progress—that not only runs through this film series but ought to be the core theme of futurity narratives, period, starting now.

But what about the immediate future of IDFA in the aftermath of this month’s resurgence of coronavirus, followed by a nationwide lockdown in the Netherlands? The festival’s artistic director, Orwa Nyrabia, announced last week that less than 1% of the two thousand industry delegates and filmmakers had cancelled their trips due to the lockdown. I arrived in Amsterdam for the festival this week to find that although bars and restaurants must close at 8 PM, arts and culture sector venues including cinemas have a special dispensation to stay open into the night. Even as the festival instituted strict Covid QR code checks for entry into all venues, and Nyrabia pledged that IDFA would be “a safe and healthy collective experience,” violent riots broke out three nights in a row in the Netherlands over the recent pandemic restrictions. It was a stark contradiction that underscored the need for documentary cinema’s critical social mission in an increasingly fractured and polarized world.