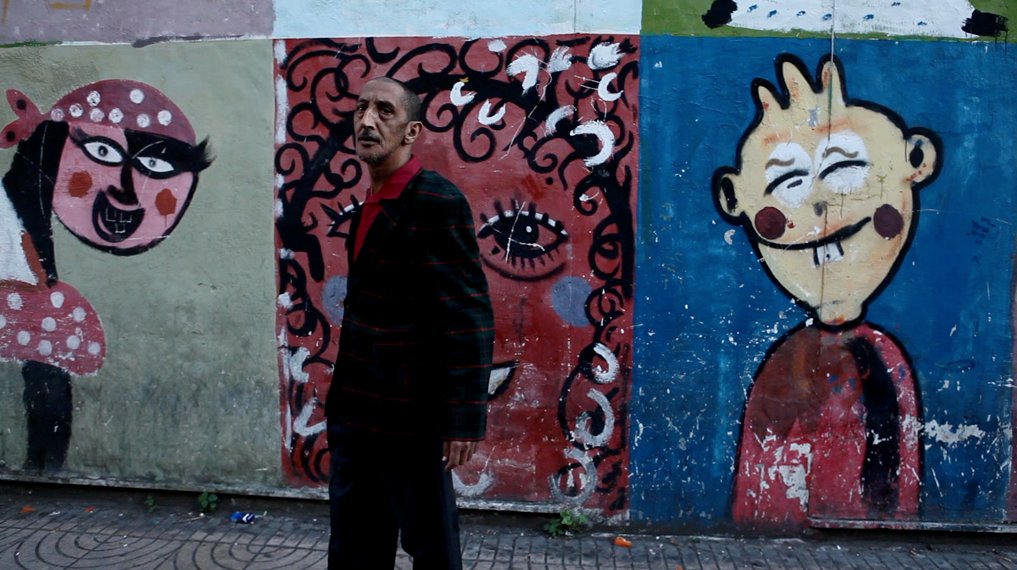 Rasha Salti and B. Ruby Rich

In late 2020, during the dark days of pandemic lockdown and a global universe plunged into a shared crisis devoid of unanimity, the subject of impending anniversaries arose. It was then, in a gesture of optimism for an unknown future, that the idea was hatched for an FQ dossier dedicated to the then-impending ten-year mark to commemorate the 2011 uprisings known as the Arab Spring. While most mentions in 2021 have focused on the politics and the trumpeted “failure” in the face of crackdowns and repression, this dossier looks steadfastly at the film cultures that flourished then and now, before and after, for clues to deeper cultural changes and strategies that merit notice. It is no secret that Arab cinema is severely underacknowledged and understudied in the context of the United States, but it is the hope of Film Quarterly that this dossier can help to enlarge the focus of cinema studies by bringing a much-needed depth and nuance to the reception of these cinemas, now and in the future.

Less than two weeks after the pacificist popular insurgency forced Zine El Abidine Ben Ali to flee Tunisia on a plane in the dark of night of January 14, 2011, for “safe haven” in Saudi Arabia, a call for protest mobilized several thousand Egyptians to assemble in Tahrir Square on January 25. As their movement built, and succeeded in mobilizing populations across the region, champions of the “Arab exceptionalism” theory (promulgated by British historian and Middle East specialist Elie Kedourie and others in his wake) seemed to have finally been proven wrong.1

If the transnational fiftieth anniversary commemorations of the May 1968 student protests are seen as a still-dominant model, note that the passage of five decades has not been sufficient to expand the US/Eurocentric perception of that moment to include the student protests that took place in the very same period in Buenos Aires, Lahore, Beirut, and Cairo.2 Thus there was no sense of the contextual background to the 2011 events over decades—for instance, to choose but two, neither that of the “bread strikes” in Egypt nor that of the miners’ struggles against the Gafsa Phosphate Company in Tunisia that constituted a milestone for dissenting political groups and politicized disenchanted youth.3

The recent history of Arab societies has been characterized by social movements pressing for the political and economic inclusion of marginalized ethnic and cultural minorities, for greater political pluralism, and for a cultural recognition of difference and the redress of gender inequality. Both before and after the 2011 uprisings and their suppression, films made in the region and in exile(s) have been a driving force in raising issues, representing dispersed voices, and alerting global audiences to the immense shifts under way.

This dossier, while necessarily partial given time and space constraints, seeks to bring attention to pivotal works that may not be widely known and to provide the requisite scope of histories, contexts, and precedents to allow them to be understood as they travel more widely through cinematic cultures and environments.

The opening essay, Kay Dickinson’s “Be Wary of Anniversaries: Inside the Archive, Out on the Street,” warns against the (mis)categorizations that anniversaries can produce, showing instead how deeply the region’s ideological, cinematic, and cultural paths have cross-pollinated. Revisiting the Cairo Cine Club archives in person, Dickinson shifts attention from the idea of “anniversary” to one of legacy, including the extraordinary moment of the New Cinema Group and its influences as precursors to contemporary collectives such as Mosireen. In her examination of Jasmina Metwaly and Philip Rizk’s Barra fi al-Shari‘ (Out on the Street, 2015), she particularly cites the attention to Palestinian realities, which were also represented in the archive by the Palestine Cinema Group’s materials. Thus Dickinson brings up to the present the history of coordinated action and solidarities that were present across these eras of radical hope and potential.

Rasha Salti, in “The Wiles of Spring,” advances the idea that the early public gatherings created a “new kind of body politic” by “reclaiming civic spaces,” and contends that the “essentially physical-political experience stripped regimes of their legitimacy and validity, but it was first and foremost, for the protestors, an act of emancipation from fear, complacency, and nepotism.” Across numerous films, Salti finds that “[t]he body was the first site of reclaiming agency and subjectivity.” From Palestinian-Jordanian filmmaker Lina al-Abed’s documentary Damascus, My First Kiss (2012) and Nabil Ayouch’s Zin Li Fik (Much Loved, 2015) up through Amin Sidi-Boumédiène’s tough Algerian noir, Abou Leila (2019), she advances the view that, despite political systems not being overturned, “political imaginaries were emancipated, beginning with the body as a site of repression and self-censorship, expressions of sexuality and of eroticism…. [A]nd in fact, filmmakers have advanced much further in their criticality—of autocratic power, of states failing their citizens, and of the legacies of decades of submission through fear, terror, and economic precarity.”

In “Both Authors and Authored: Our Memory Belongs to Us and the Tragedy of Activism in Syria,” Stefan Tarnowski takes up the documentary by Rami Farah (codirected with Signe Byrge Sørensen), as an occasion to examine the dramatic arcs of political tragedy. “Did you really believe that an image of a protest could overthrow the regime?” Farah asks three exiled ex-activists on a Parisian soundstage in Our Memory Belongs to Us. Tarnowski points out that the “media activist has been a deeply contested figure in the history of Syria,” prone to manipulation and misinterpretation, stranded in a “discursive crossfire.” Parsing the David Scott term he borrows for his title, Tarnowski retains the full complexity of the film’s moral and political stakes, aware that the status of representation itself hangs in the balance.

Finally, Donatella Della Ratta brings the lessons of the past decade of media up to the present moment (and, through the lens of virality, into the future) in her essay “Shooting 2011–21: Violence, Visibility, and Contemporary Digital Culture in Post-Uprising and Pandemic Times.” She analyzes the duality of the “double shot” that collapsed gun and camera in footage of the uprisings and gave rise to the fatal merger of the “cam shot” and the “gun shot” in many Arab Spring documentaries—a merger that further evolves into the fatal formula of ISIS videos. Della Rata examines the viral spread of the new media, defines what she identifies as a new brand of “cum shot,” and finally cites queer philosopher Paul B. Preciado on “the pharmacopornographic regime” that has taken over where late capitalism left off.

With so many films, videos, streaming sites, and social-media campaigns beyond those discussed here, please consider this dossier as a down payment on future work that is long overdue.