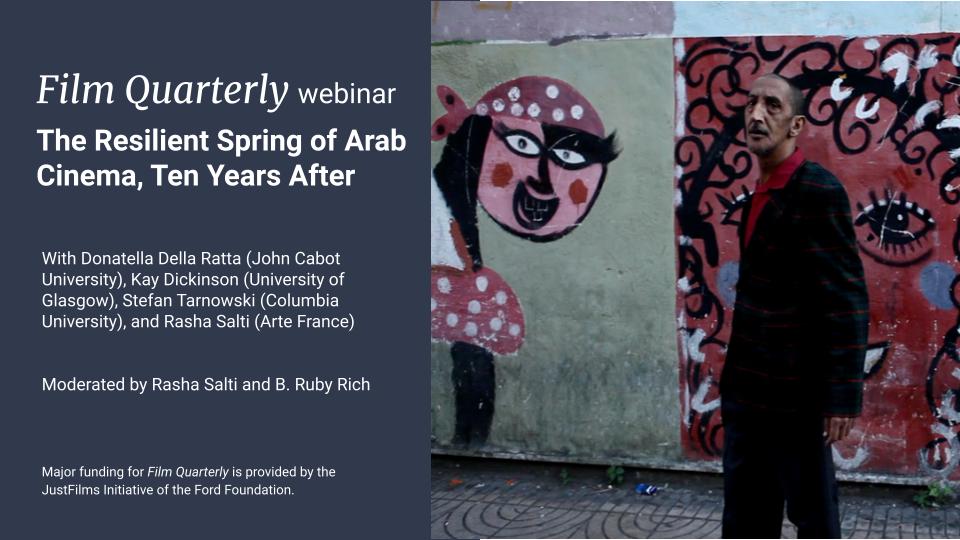 Both before and after the 2011 uprisings known as the Arab Spring, films made in the region and in exile have been a driving force in raising issues, representing dispersed voices, and alerting global audiences to the immense shifts taking place in Arab societies.

Film Quarterly marks the 10-year anniversary of these uprisings with a webinar discussion based on its special dossier (Winter 2021) devoted to pivotal works of Arab cinema since 2011.