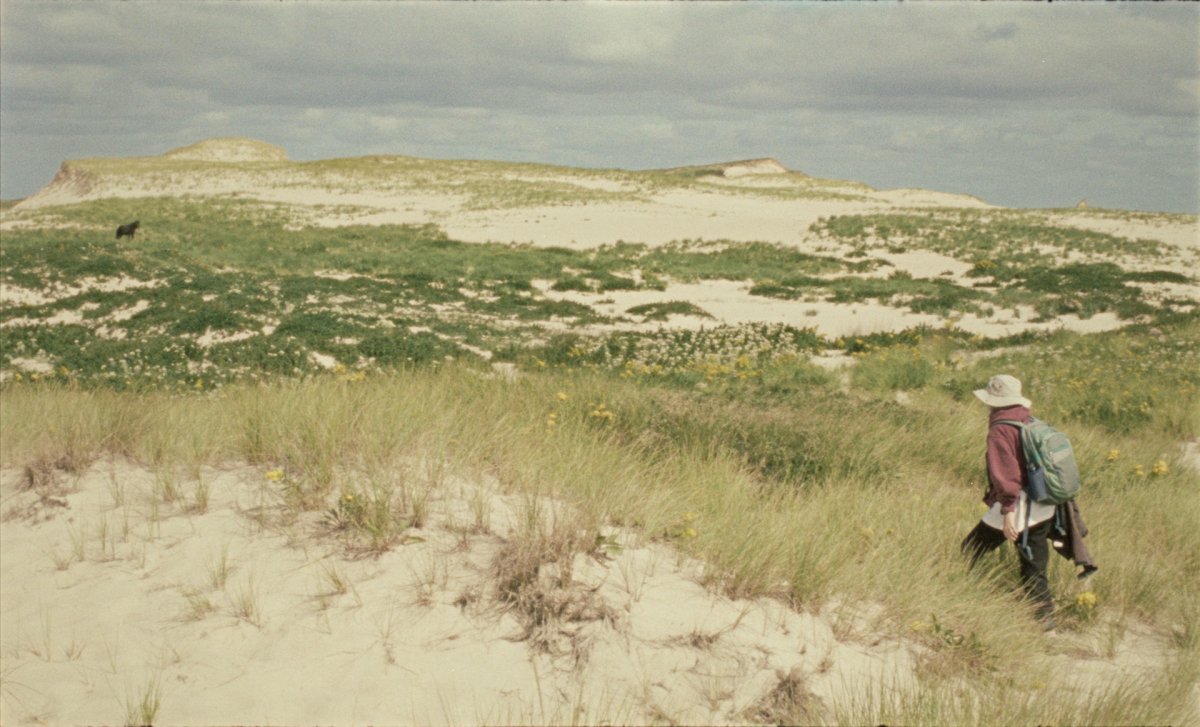 The first two decades of the twenty-first century have witnessed explosive growth in the genre of the environmental documentary. Some of these films—such as An Inconvenient Truth (2006), Food, Inc. (2008), Who Killed the Electric Car? (2006), and The Octopus Teacher (2020)—have achieved broad, mainstream popularity, but hundreds more dot the vast terrain of streaming. Yet it must be said that most of these works, focused on raising awareness of key environmental issues, rarely hold enormous interest as cinema.

One of the best films at the Hot Docs film festival in Toronto in May–Geographies of Solitude, by Montreal-based director Jacquelyn Mills—raised a fascinating cinematic question: What does it mean to make a film not just about nature, but with nature? In other words, what might it look and sound like when nature is embedded deep in the very form of a film?

Geographies, which won multiple awards at the Berlinale this year and is destined for prominence when end-of-year list season rolls around, is a film with an intriguing production backstory. Four decades ago, when Mills was a child, she heard a legend about a woman who lived and worked on a remote island in the Atlantic, its sole human inhabitant. Turns out the legend was true, and the woman—self-taught environmental researcher and naturalist Zoe Lucas—still resides on Sable Island, off the coast of Nova Scotia, where (among many other projects) she collects and archives all the marine litter that washes up on the island.

Sable Island’s mythic reputation rests on two things: the fact that it’s a crescent-shaped sandbar 25 miles long but only a mile wide; and that it is home to hundreds of wild horses and the largest colony of gray seals in the world. Mills made three extended trips to the island to document it over a range of seasonal conditions. Most of the film was shot by her solo, on hyper-tactile 16 mm film stock, and the result is a sensuous immersion in the rich ecosystem of the island. Although Lucas is often heard on the soundtrack, giving an account of the island’s flora and fauna or describing her research activities, the film is purposefully discreet: there’s rarely a glimpse of either woman’s face—only their labors.

Environmental documentaries, especially those that play film festivals, often harbor an activist impulse. But Geographies has sprung from a different set of aims. Rather than an “issue doc,” Mills wanted to make a film that captured, in a deep way, “an experiential relationship with the natural world.” This entanglement of the human and non-human permeated her filmmaking process, literally marking both image and sound.

Having been introduced to “natural hand processing” techniques by artist and educator Terra Jean Long, Mills exposed film in moonlight and starlight, and processed images in organic material such as seaweed and cranberry, strategies that recall the early work of Carolee Schneemann. Because she worked slowly, often shooting no more than ten minutes of footage a day, she was also able to meticulously gather sonic material for four- and six-channel surround sound. By embedding custom-made contact microphones within natural material such as wood and sand, she captured the sound of the elements in ways rarely done before, while also recording the “footsteps” of tiny creatures such as bugs and snails. (One remarkable moment features a bee given its own tiny contact mic.)

Nor was her recording limited to land; small hydrophones were placed inside ponds, the ocean, and even a bucket of water with suspended marine litter. Most radically, Mills connected micro-electrodes to living organisms–snails, juvenile worms, goldenrod sprout, beach peas–to register the barely perceptible electrical currents humming through them. These impulses were then translated into MIDI music patterns for the soundtrack. Of how many films can one say that the natural world is a significant authorial presence?

Geographies has been a terrific success on the festival circuit. In addition to its three Berlinale awards, it won the best international film award at Jeonju and best Canadian feature documentary at Hot Docs. But it’s not clear when or if American audiences will be able to see it because, incredibly, the film has no US distributor as yet. Still, the surprising art-house success of recent nature documentaries such as Aquarela (2018) and Gunda (2020), both by Victor Kossakovsky, and Andrea Arnold’s Cow (2021) offer a glimmer of hope for Geographies.

At Hot Docs, I participated in a lively public discussion sparked by scholar and critic Genevieve Yue’s important essay “The Accidental Outside” in which she analyzes the rise, over the last fifteen years, of film festivals devoted to experimental documentary. Increased festival exposure, however, has not been accompanied by substantially greater commercial availability of films, either theatrically or on streaming. For this sub-genre of documentary, she argued, festivals “are an end in and of themselves.”

For a recent story by Andrew Tracy on the prospects of experimental documentary in the age of streaming, critic Eric Hynes offered a theory for why so many documentaries stall at the film festival stage. In his view, the distributor support for a handful of stylistically adventurous documentary darlings such as Ascension (Jessica Kingdon, 2021), Procession (Robert Greene, 2021) and Fire of Love (Sara Dosa, 2022) belies the lack of industry interest in daring non-fiction work more generally. Hynes points out that distributors tend to acquire a relatively small number of titles and pour their promotion investment into them, hoping to position these titles as “remarkable singularities … rather than representatives of a broader, richer movement of non-fiction filmmaking.” This strategy leaves a large amount of formally innovative, thematically interesting work floundering outside the festival ecosystem.

But how to break out of this bubble? In a manifesto-like call to American film festivals last year, Indiewire’s Eric Kohn offered a number of ideas to address the challenges faced by filmmakers, festivals and the industry. Prime among them was an exhortation to festivals to come together and build a universal distribution platform that would provide virtual access to a sizable volume of work, while sharing revenue equitably with filmmakers. Logistical and coordination difficulties aside (and there are many), it’s not clear how such a platform would make individual titles stand out and gain a viewership without burying them in a sea of content, thus consigning them to another form of invisibility in plain sight. Nor is it clear whether documentary in particular would benefit from such an initiative. But the idea is worth taking seriously—it would significantly expand access to films during what is indisputably a rich and fertile moment for the non-fiction form in a platform parallel to that already staked out by Criterion, a handful of film festivals (though always temporary), and, yes, Netflix.