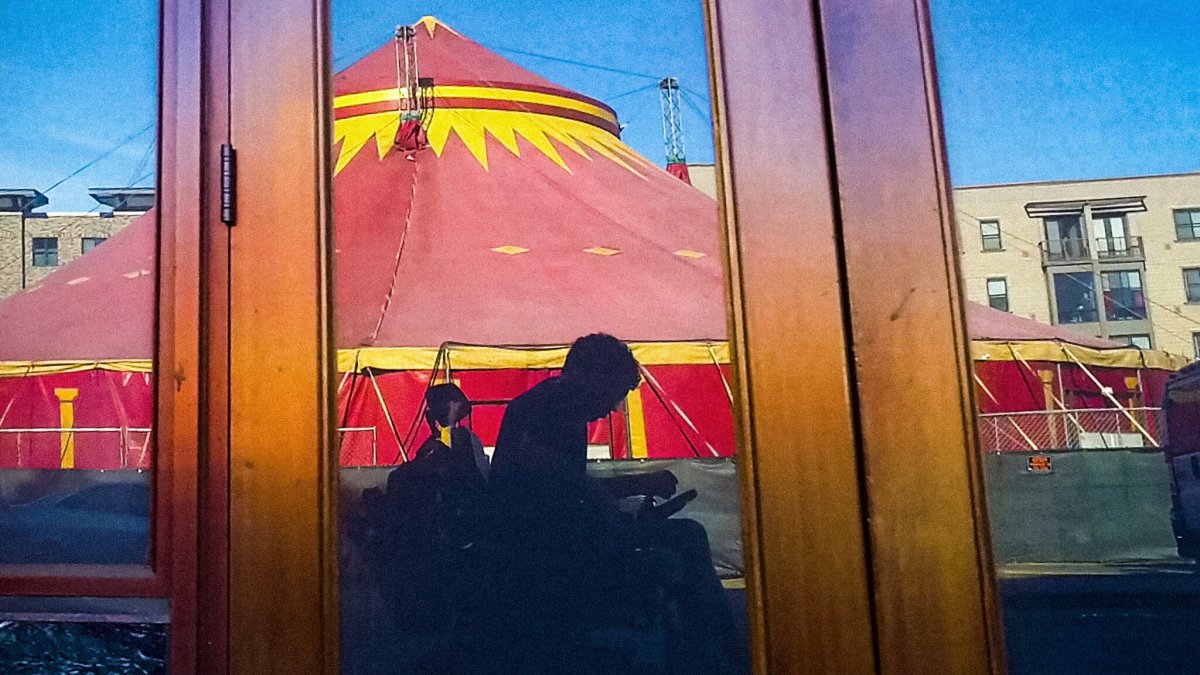 Faye Ginsburg and B. Ruby Rich

This dossier has been inspired by an unprecedented and exciting surge in New Disability Media, a movement in which disabled filmmakers are at the forefront of the repositioning of figurations of disability, acting as both creators and subjects while deploying new aesthetic strategies. The following essays take up films, videos, online media, and installations, as well as the emergent theoretical approaches to evolving disability representations and authorship.

As this dossier was first conceived, CODA (Sian Heder, 2021), a film that was being feted with an Oscar, represented an increasingly problematic approach to disability. Along with many other critics of this film, Emerson Goo points out: “In CODA, Deaf culture is portrayed as stubborn and provincial, and the Americans with Disabilities Act seemingly doesn’t exist.”1 The complete dossier in this issue is an energetic response to any such approach, an opening up of the field of film/media studies to works that may not win Oscars but instead do something more urgent: they break new ground in charting first-person representations that have too long been marginalized on- and off-screen, imagined to not be of general concern. Underscoring this point, Emily Watlington, in her recent essay “Nothing about Us without Us: Disability Arts Now,” writes:

Disability-related concerns have long been written off as too niche, as affecting too few people, to deserve the limelight. But through cross-disability solidarity, artists and activists have formed myriad coalitions, following trails blazed by crip elders too numerous to name. With art as a primary weapon, they have demanded that their stories and perspectives infiltrate and change a culture riddled with ableist norms. 2

This dossier aims to begin filling the space that lies between traditional, often unwittingly ableist cinema studies and the thriving domain of new disability studies, where narrative breakthroughs and emerging strategies for aesthetics of access are being vigorously promoted and analyzed.

A number of authors in the dossier emphasize a foundational “aesthetics of access,” the term that describes how the material features that create accessibility—such as audio description and closed captions—are not add-ons to already completed media works but rather elements that are baked into the project in ways that reshape aesthetic possibilities. 3 They focus on works that move beyond what disability artist/activist/writer Kevin Gotkin has described as “film designed for a nondisabled gaze (subtitles instead of captioning, no audio description), playing to an almost prurient voyeuristic interest in ordinary disabled life.” 4

The materiality of screenings also matters. Disabled filmmakers embrace a rethinking not only of the films themselves but also of who the audience is, who is telling the story, and how to create an inclusive cinema, one with affordances incorporated on the screen and soundtrack from the outset. All films made without such affordances are necessarily and by design (or unthinking design) exclusionary. Even something as simple as starting time can be exclusionary. When Faye Ginsburg and Lawrence Carter-Long found that the dependence of attendees in wheelchairs on unreliable accessible transportation led to chronic late arrivals for their film series, they flipped the usual screening structure and staged receptions ahead of the films so that “crip time” was built in.

How can nondisabled scholars, curators, and audiences be motivated to rethink whose stories are being presented, and how? Consider the baseline accommodation of wheelchairs. How many power chairs and service dogs can get into your screening spaces? What about welcoming atypical behavior and occasional unruly audiences to screenings of films that represent them (and others)? And what about the backlash by sighted cinephiles against the “discomfort” of seeing open captions on-screen that they cannot turn off?

Mainstream festivals do not have a good track record in this regard. Consider, for instance, filmmaker Reid Davenport’s damning report on South by Southwest as one such example. He notes that “South By Southwest’s accommodation page reads more like a laundry list of disclaimers, rather than a hub to welcome potential disabled attendees…. Most disturbing of all is the fact that attendees requiring accommodations can request an Accessibility Designated SXSW Badge…. I would never wear my accommodation information or general need for accommodations publicly.” 5

There are spaces, of course, that have thought long and hard about these issues: those that have specialized in festivals devoted to disability media. In the United States alone, these include the San Francisco–based Superfest Disability Film Festival, the longest running of the festivals, launched in 1970, and on the East Coast, the NYC-based ReelAbilities Film Festival, founded in 2007 and now the largest US disability film festival, traveling to venues across North America. 6

Creative activism on the part of disabled filmmakers has extended beyond the aesthetics of access in their work, beyond rethinking screening spaces, and has moved into the realm of funding, too, particularly around issues of disability justice. 7 In 2021, award-winning disability activist and documentary filmmaker Jason DaSilva launched the AXS Film Fund, with the backing of the Bertha Foundation, to support an underserved group: creators of color with disabilities who are engaged in documentary work. 8

And the work goes on. Given more months and more pages, this dossier would have contained double or triple the number of articles, authors, and films—testimony to the lively, ongoing fluorescence of the field of New Disability Media. The fact that the works by the filmmakers in this issue have been shown at the Museum of Modern Art, the Whitney Museum of Art, the Sundance Film Festival, Tribeca, the Walker Art Center, and the Venice Biennale, among other venues, marks this moment as one in which they and their works have moved from the “disability circuit” into the very heart of mainstream exhibition and acclaim.

Readers will notice the dossier’s emphasis on nonfiction work, including a wide range of experimental documentary and installation work (and an archive of documentation related to the pathbreaking fiction filmmaker Stephen Dwoskin). Interestingly, all the works stress a first-person point of view, inviting their audiences into the experiential worlds of disability on their own terms.

Jenny Chamarette’s insightful exploration of the archive of Stephen Dwoskin’s work leads her to posit the medium as “a technology of phenomenological exploration.” The posthumous archive, recently digitized, reveals what it is to be “a desiring, activist, empathic, periodically well and unwell, disabled man.”

Pooja Rangan offers a lively “countertheory of documentary access” that illuminates Jordan Lord’s use of such access features as open captions and burned-in audio description. This work establishes what Rangan calls “a medium of crip creativity” that invites the audience to share an intimate, familial perspective on an out-of-synch and misfitting temporal experience.

Slava Greenberg looks closely at how Code of the Freaks continues and transforms a forty-year tradition of “Hollywood shaming” in documentaries. Greenberg demonstrates how the experience of disability confers expertise, as witnessed in the film’s commentary by the “criperati” who join Carrie Sandahl in demanding: Anything but the same movie, again.

Mara Mills and Neta Alexander’s thoughtful analysis of Carolyn Lazard’s work leads to a deep understanding of this media artist’s remarkable play with captioning, audience address, and the aesthetics of crip time. In Lazard’s case, crip time is determined by their experience of chronic illness, rejecting “chrononormativity” in favor of a slowed-down interactive spectatorship determined by the artist’s deliberate pacing.

In her compelling discussion of Vision Portraits, Arseli Dokumaci examines how blind filmmaker Rodney Evans develops the complexity of crip time, in conversation with other blind artists, as an assertion as well as a reckoning of loss, pain, sadness, and ambivalence—emotions that have been pushed to the margins in disability studies until recently.

The filmmakers included in Lawrence Carter-Long’s discussion of what he calls the “next wave” in disability media—Jason DaSilva, Julie Wyman, Reid Davenport, and Nicholas Bruckman (with Ady Barkan)—all have activist connections. Carter-Long reminds readers: “Life on the margins equips its residents with a keen sense of observation” and points out that “it is long past time that these skills be unleashed in the service of disabled artists.”

The marginalization of so much groundbreaking work has impoverished the field for too long, leaving much work yet to be done. Fortunately, these dossier contributors are steeped in the histories and contemporary shape of disability media. Their writings here can extend the field’s thinking as to how such work makes new meaning and overturns stale ableist assumptions. 9 Their essays lay a foundation of robust crip theories that are poised to carry forward the overdue promise of crip futurities for film and media studies.

Samantha Louise Ginsburg Myers, disability activist and avid lover of media in all its forms, was born with the rare genetic degenerative disorder familial dysautonomia (FD). Determined to tell her story to the world, at age ten she asked the Make-A-Wish Foundation to grant her wish: to appear on Nick News with Linda Ellerbee to tell other kids what it was like to live with FD, launching her lifelong activist efforts for those with FD and all people with disabilities. The clip from her 2000 appearance, a short segment titled “My Life,” is archived at https://brooklyn.njvid.net/show.php?pid=njcore:162838. 10

© 2022 by The Regents of the University of California. All rights reserved.