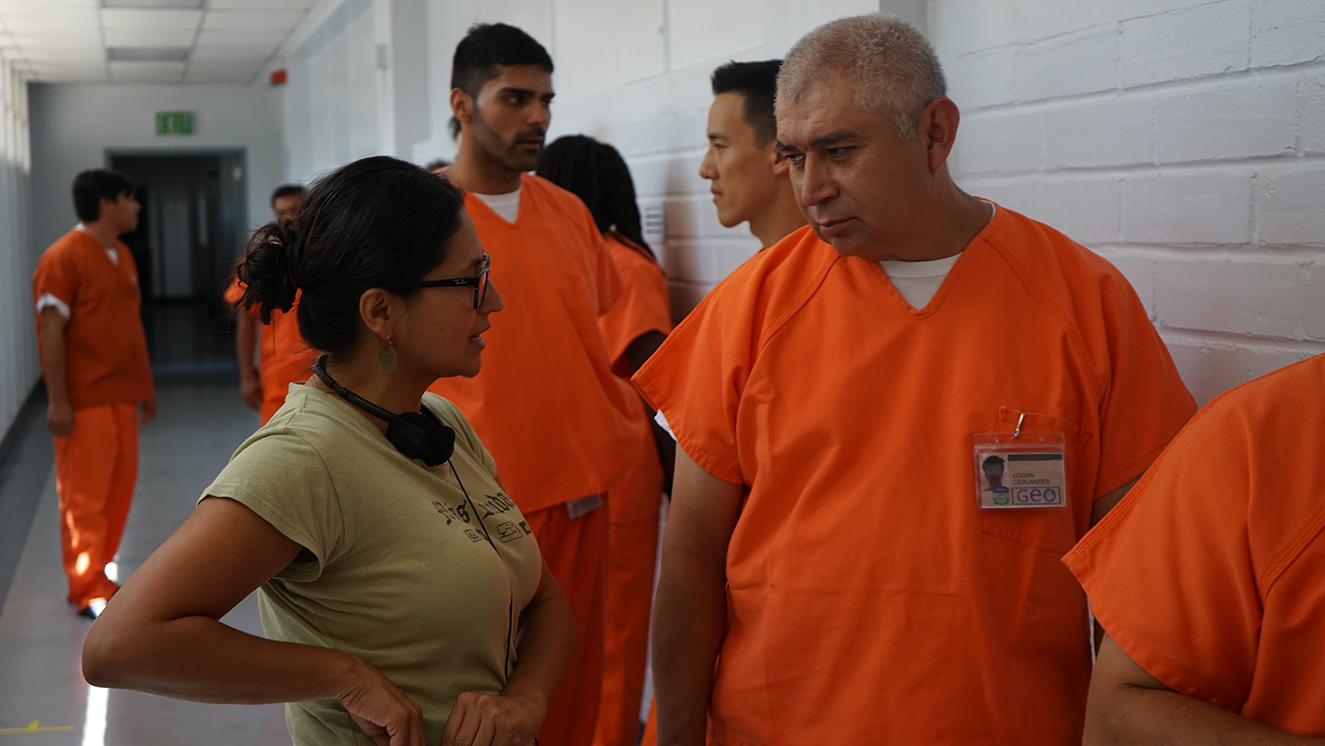 Cristina Ibarra and Alex Rivera’s recent film The Infiltrators uses a bold mix of film forms to tell the true story of a group of young undocumented activists who intentionally detain themselves in a South Florida immigration detention facility. Styled as a heist film, Ibarra and Rivera weave together verité footage, testimony, and reenactment to produce a compelling argument against immigration detention. In Diana Ruiz’s interview, Ibarra and Rivera discuss the ways in which The Infiltrators problematizes extractive modes of documentary film and how the project’s requisite reenactment brought about unexpected results. They also discuss the creative and political dimensions of “undocumented storytelling,” which relates to the filmmakers’ enduring commitment to depicting fully dimensional representations of immigrants and Latinx experiences.