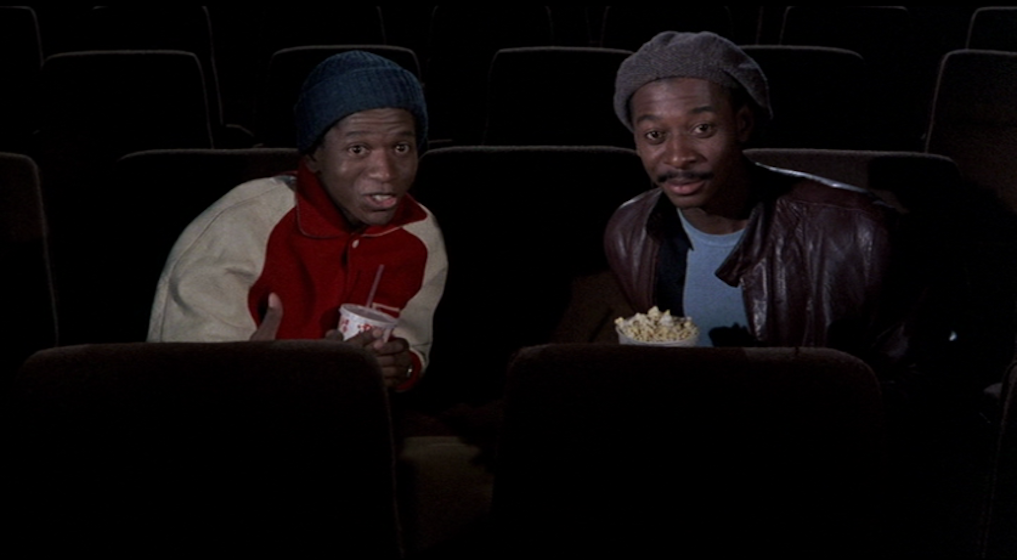 Robert Townsend and Keenen Ivory Wayans are true pioneers and godfathers of American Independent Cinema. The New York Times’ critic Janet Maslin called their film Hollywood Shuffle “exuberant satire,” and accurately noted its “reality-minded humor.” That’s a remarkable achievement considering that the film is remembered not only for its breakthrough critique of the entertainment industry’s stereotyping of African Americans, but also for its free-wheeling sketch comedy structure that feels fresh and original while also bringing to mind The Secret Life of Walter Mitty (Norman Z. McLeod, 1947), the films of Preston Sturges, and the early work of Woody Allen. The film was made in twelve days over the course of two years for $100,000, much of it put on credit cards. It grossed $5 million in its initial release and was honored at the 1987 Deauville Festival and again in 1988 at the Spirit Awards. It is as funny a work as it is serious, and as serious as it is funny.