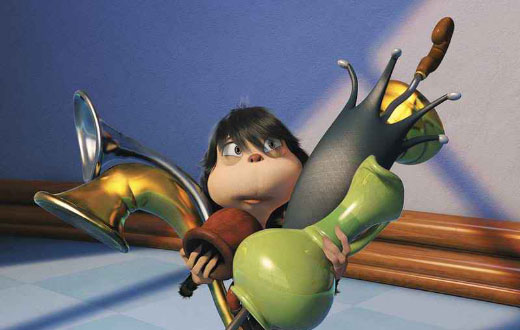 Film Quarterly covers a selection of recent films (including re-releases) in greater detail than is possible in many other publications. The balance of reasonable timeliness and in-depth analysis reflects our policy of combining the best qualities of journalism and academic writing. Comparison and contextualizing are also key: reviewers are encouraged to find aesthetic and cultural reference points in order to illuminate, and the publication of interconnected essays can bring further light to bear. There are two readings of Cristian Mungiu’s 4 Months, 3 Weeks and 2 Days in this issue, as well as several pieces that treat East Asian cinema: dual-focus reviews by Yvette Bíró and Joan Mellen, Chris Fujiwara’s Tokyo report, and Joshua Clover’s column on a spectral China.

We want to spark convivial debate and dissent. In that spirit, Leo Braudy initiates the new “Talking Point” column with a skeptical take on No Country for Old Men. This column is now open to similarly concise submissions.

Honest, productive debate should involve the closely reasoned defense of value judgments. Criticism loses its edge if it avoids evaluation, though evaluation dissipates its energy if it becomes dogmatic. Better that it be avowedly personal and confidently provisional upon future discussion, as in the issue’s centerpiece article, James Naremore’s top ten round-up of 2007. Readers will probably not concur with all of his choices, but that is how it should be. The late Raymond Durgnat once wrote: “Readers … may well agree with nothing [a critic] says, yet still like having a sparring partner.” Serious criticism in this mode resembles a stump speech rather than a sermon. It is a matter of argument not fiat. Naremore puts it like this: “to rid discourse of evaluation is also to rid it of politics.”

“My despair was immense,” says the teenage Marjane in Persepolis. Adolescent melancholy is central to a number of current films, figuring in another animated feature, Dr. Seuss Horton Hears a Who! In the original story and then in Chuck Jones’s 1970 twenty-minute version, the minor character of Jo-Jo is a stubborn “shirker,” a “young twerp” with a yo-yo. But in the 2008 remake, he is both more prominent and more encumbered. Jo-Jo has become depressed and silent, “feeling lonely and sad and tragically misunderstood by his Dad.” Alex in Paranoid Park (to be reviewed in the next issue) and Găbiţa in 4 Months, 3 Weeks and 2 Days are so profoundly troubled, they can barely communicate—they are lost souls.

4 Months, 3 Weeks and 2 Days is interestingly comparable to Ozu’s Tokyo Twilight, which is discussed in Mellen’s essay. Ozu’s Akiko perhaps says what Găbiţa cannot when she eventually makes the heartbreaking admission: “I want to start my life over again from the beginning.” Găbiţa’s frightened passivity exasperates her capable friend Otilia as much as Akiko’s fragility does her older sister Takako. A large part of the pathos of both stories lies in the depiction of how loving relationships buckle under the strain of severe emotional distress.

That Akiko briefly names her agony where Găbiţa does not is significant. The two films exemplify slightly different kinds of art-cinema reticence. Near the end of Tokyo Twilight, Takako starts to weep as she sits near the front door of her father’s house. Ozu cuts to a position ninety degrees’ away so that the camera is somewhat behind the actress. We do not directly face Takako’s sorrow, yet we continue to observe it. In 4 Months, 3 Weeks and 2 Days by contrast, crucial and harrowing events take place off-screen, notably when the blackmailing abortionist rapes Găbiţa and Otilia one after the other while the camera remains in the next-door bathroom, revealing only the other woman’s mortified awareness of the unseen assault.

In Tokyo Twilight it is as if we have respectfully turned our heads away from a person’s pain; in 4 Months, 3 Weeks and 2 Days, the experience is more excruciating. Reticence is the cause of horror and claustrophobia rather than pity. Mungiu uses off-screen action to generate a feeling of outraged panic and immobility. We never have the whole picture and therefore, as Emma Wilson points out, the film “always seems to encompass more than we actually see.” Something dangerous is constantly present beyond the edge of the frame. Mungiu’s narrow focus simulates the atmospheric pollution that occurs under totalitarianism, suggesting “the complexity of living in such a disturbing system,” such that, Ioana Uricaru recalls, “more often than not, it was impossible to realize, at moments of decision, its full set of implications.”

There is another, lighter kind of arthouse reticence too, typified in Godard’s Pierrot le fou, which D. A. Miller discusses in his “Second Time Around” column. It is difficult to fathom the film’s characters. They might even stop seeming like characters so much as ciphers or cut-outs, displaying what Miller calls “a nonplussed surface that may or may not be concealing anything deeper down.” Godard’s omission is in a way even more radical than Mungiu’s, for what is missing is the entire labyrinth of personality. “I want to know exactly who you are,” says Ferdinand to Marianne in Pierrot le fou. “I’m just a sentimental girl, that’s all. Only a fool would make a mystery out of that.”

The problem resurfaced for me in Horton Hears a Who! In the 1970 version, local gossips are egged on by a scheming kangaroo to vilify Horton. The scene is a delightful spoof of psychobabble: “Horton’s skitso-witso-fistic … He ought to be psycho-wangwalized.” (One bird thoughtfully demurs: “Psychoanalysis is too expensive for an elephant. I hear they charge by the pound.”) I must have taken the hint because I wondered for a while what Horton’s manic helpfulness might have to do with the fact that there appear to be no other elephants in the Jungle of Nool. Eventually I gave up subtext-hunting. There is no reason to suppose that hidden trauma weighs Horton down as he hurtles out of the jungle carrying a populated wildflower, over a collapsing rickety bridge, to the mountaintop then down again until, without lingering suspicion, it is finally safe to come home—by which time Jo-Jo has cheered up enough to join an ensemble REO Speedwagon singalong. In this case as well, there is no more to it all than meets the eye.